This rim-rocking arcade classic returns, and though it's missing modern amenities, it's still an awful lot of fun.

Oftentimes, when developers resurrect classic games for the modern era, they overhaul the core experience with enough bells and whistles to make it stand up to current releases. This is not the case in NBA Jam. The gameplay of this two-on-two fast-paced dunk-a-thon that you remember playing in the arcades 17 years ago has made its transition to the Wii virtually unchanged. A boisterous announcer belts out catchphrases as you unleash thunderous dunks, and without any refs to get in the way, you can swing your elbows and shove your feisty opponents with impunity. The kinetic ebb and flow is beautiful in its simplicity, creating an enticing pick-up-and-play experience that's at its best when four friends settle their differences on the hardwood floor. The passage of time has been kind to NBA Jam, but it's not all swishes and rim-rattling slams. New modes don't offer a good incentive to stray from the standard action, and the lack of online play feels downright archaic in 2010. NBA Jam provides as much free-flowing fun as ever, but a few modern indulgences could have gone a long way toward making it a classic in this era as well.

The concept is unchanged from the original release in the early '90s: two-on-two basketball with exaggerated physics and few rules. You do have to be mindful of the shot clock, and goaltending is a serious faux pas, but most of the violations from the real NBA have been swept neatly under the rug. Each of the 30 teams from the association is represented here, and you have an initial assortment of three players from each to choose from, though more can be unlocked as you play through the game. It doesn't matter if you select the stacked Heat or undermanned Pacers as your team of choice, though, because high-flying antics take priority over fundamental basketball. Dunks from beyond the free-throw line, fadeaway 30 footers, and backboard-shattering alley-oops are all the rage, and stringing a bevy of jaw-dropping offensive moves together is just as likely to elicit an excited yell from spectators as the enthusiastic announcer. Responsive controls--whether you're using the Classic Controller or Wii Remote--ensure every leap, pass, and shove is dished out at the precise moment you need, laying the foundation for a spirited experience that never wants for excitement.

The most eye-catching aspect of NBA Jam is the gravity-defying dunks you can pull off at a moment's notice, but if you want any chance of actually winning against a high-level CPU opponent or talented friend, you need to embrace the simple pleasure of hard-fought defense. It may sound strange to preach the wonders of stopping your foe from scoring rather than creating your own highlights, but a strong defensive presence is paramount to winning and especially satisfying. Shoving is the most brutal of your defensive tactics. You can push your opponent to the court whenever you have a hankering for dishing out floor burns, and it's handy when you need to stop a dunk and unmitigated violence is your only choice. But the defensive abilities in NBA Jam go beyond feral lunges. A well-timed swipe can key a fast break in a hurry, and jumping at the perfect moment lets you send a feeble shot attempt right back at your opponent's face. Clamping down to play formidable defense is just as exciting as well-executed offense; thus, no matter which end of the court you're on, NBA Jam is a blast.

Sadly, the thrill in NBA Jam doesn't stretch on forever. The lure comes from the simple, immediately gratifying action, but that lack of depth is a double-edged sword. You can see just about every offensive and defensive permutation in your first match, which strips away any chance of being blindsided by shockingly awesome sequences in subsequent matchups. And once the anticipation of seeing something new dissipates, you're left with a flashy but shallow game. That's not to say the fun fades away completely, but that initial frenzy does settle into a comfortable lull before too long. This downward momentum is mitigated somewhat by bringing in a few friends. NBA Jam is at its best when all four players are being controlled by a group of fun-loving buddies because it's so much more exciting to nail a key three-pointer and let loose some wholesome trash-talking to your downtrodden pals. It's just a shame that a game so reliant on multiplayer to truly excel doesn't have an online option. The frenetic pacing makes it an ideal couch competition, but making it impossible to challenge far-reaching friends severely limits its long-term appeal.

There are at least a few unique modes to mix up the core action, though none of them are as fun as the traditional offering. Classic Campaign is the most engaging of all of the tournament options. Here, you select your team and go around the league to play against progressively more difficult opponents. There are seven matchups against vintage stars as well, so you have to take on the Bad Boy Pistons between games against the modern-day Raptors and Spurs. Even though the core action in NBA Jam becomes predictable before long, this is still the best of the modes. There are no gimmicks to distract you from your goal, so you have to be smart on offense, fierce on defense, and never too cocky when you build a lead. It's too bad the other options aren't nearly as engaging. There are two half-court modes, 21 and Domination, but they feel confining compared to the baseline-to-baseline blur that encompasses the standard fare. Boss Battles are aggravating. Your Hall of Fame foes are imbued with special powers, so Larry Bird is perpetually on fire, which is just annoying, and you have to rely on luck as much as skill to come out on top. In Smash mode, only dunks count, which makes a game that already struggles with sameness even less dynamic. Each of these modes can be fun once in a while, but they aren't nearly as interesting as the real thing.

NBA Jam doesn't have much depth, but there are at least hidden goodies to search for that extend the replay value. Unlockable players include Hall of Famers, such as Julius Erving, injury-ravaged could-have-beens like Danny Manning, and even the occasional forgotten nobody like Kenny Anderson. But controllable players stretch beyond the roster of NBA veterans. You can play a game as a sports host, mascot, or even some of the more athletic politicians if you want. And these wacky extras do a great job of exemplifying the core appeal of this venerable franchise. What NBA Jam lacks in depth, it makes up for in unbridled excitement that is just as fun now as it was almost two decades ago. It's a shame there isn't an online option and the new modes are little more than distractions, but the fast-paced action is overflowing with arcade charm. NBA Jam doesn't tinker one bit with the classic formula, but fun like this doesn't have an expiration date. 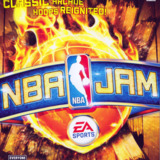 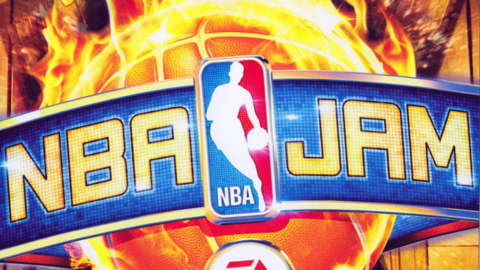