Very little of what made the console Dynasty Warriors games enjoyable survived the cutting-room floor.

Dynasty Warriors, Koei's action-strategy franchise, has gained a loyal following since its first appearance on the PlayStation back in 1997--which is pretty impressive considering that the subject matter deals with historical events in Chinese history. Five games and multiple consoles later, the series has finally come to the Game Boy Advance in the form of Dynasty Warriors Advance. Like its console predecessors, the GBA game strikes a balance between the action and strategy genres, and, at the same time, immerses players in "what-if" storylines concerning famous Chinese generals. Unfortunately, this pint-sized coup d'etat has been scaled back considerably from its console counterparts, to the point that very little of what made the console games enjoyable survived the cutting-room floor.

Dynasty Warriors Advance is set during the Three Kingdoms period in Chinese history, which lasted roughly from AD 184 until AD 280. The Han dynasty ended, leaving three individual kingdoms of Wu, Wei, and Shu to spend the next century fighting for control of China. Many famous generals, such as Cao Cao, Cao Ren, Liu Bei, and Lu Xun, made their mark over the years by claiming victories in battles that literally shifted the balance to one side's favor. In Dynasty Warriors Advance, you can pick one of 13 famous generals and lead their troops through the entire era, possibly altering China's history in the process.

Once you choose a general, you'll find yourself in the first battle--Hu Lao Gate--staring at a map populated with castles, supply depots, and character icons. Gameplay is split into two phases: a strategy phase and an action phase. Neither is very complicated. The strategy phase works just like a board game. There are red and blue character icons situated on the map. The red ones represent your allies, and the blue ones are the enemies. You can move your own general one space per turn, while the CPU takes command of all of the other icons, both ally and enemy. When you make contact with an enemy, the action phase is initiated. This is where the magic happens. Your lone general is thrust onto a battlefield and you have to eliminate groups of enemies in real time by mashing the attack buttons. You can run around, dash, activate booster abilities, and perform different attack combos by keying in various combinations of the A and B buttons.

Even though the premise and gameplay sound esoteric and highfalutin, the console Dynasty Warriors games have no problem making the whole concept seem approachable and interesting. And that's because battles in the console versions resemble the kinds of thousand-man skirmishes you'd see in movies like Braveheart or Troy. Often, dozens, if not hundreds, of soldiers are displayed all at once. This sense of scope and scale is electrifying, especially considering how you can wander the environment and pick fights with lone captains or entire clusters of swordsmen. The GBA game, by contrast, can only display seven characters onscreen at any given time. As such, battles on the handheld lack the scope that battles on the console have.

And that's really the problem with Dynasty Warriors Advance--so many cutbacks were made to cram it onto the GBA that it's missing most of what made the console versions so enjoyable. Let's say you enter a battle against 50 enemy soldiers. Since the game can only display seven characters at once (including your general), it means that enemies come out six at a time. Battles drag on longer as a result, and, worst of all, the GBA game is that much easier since crowd control is never a challenge. Meanwhile, the sprites themselves are small, bigheaded, and poorly animated. Watching Cao Cao wave his sword around chunkily like Samurai Tailor in a classic 1970s Saturday Night Live sketch is hardly awe-inspiring. Not only do the flat, top-down environments obviously lack the scale that the large 3D environments on the consoles have, but they're also pretty bland. Except for a random wave motion or torch flame effect here and there, there's nothing going on in these woods and villages. The same holds true for the audio. If not for rock music constantly playing in the background, all you'd ever hear are the same metal clashing and groaning sound samples over and over again.

Beyond the technical cutbacks, there are numerous gameplay cutbacks, too. The GBA game has fewer kinds of enemies than the console games do. In Dynasty Warriors Advance, you encounter the same three enemies constantly--swordsmen, spearmen, and archers. The absence of flame-throwing juggernauts and captains on horseback is a real downer. You also can't do things like hire bodyguards or specify which officers accompany you into battle, which were two of the console games' nicer features. At least the arsenal of weapons and boost powers are still mostly intact. Each general specializes in three weapon types and has a set of six different boost powers that can be used to enhance attributes such as strength, speed, and combo effectiveness. There are approximately 250 weapons to find throughout the game, which, along with the leveling that occurs for killing soldiers, can turn your rookie general into a one-man army in no time. None of this matters, though, because the enemy artificial intelligence has also been greatly diminished. Standard enemies rarely attack or block, and CPU-controlled captains are only slightly more difficult because of their increased health and damage output. Basically, the action sequences in Dynasty Warriors Advance have been reduced to pure button mashing.

If you don't mind that Koei designed Dynasty Warriors Advance as an outright button masher, you might just get your money's worth out of it. The three campaigns each have six individual stages, and each stage can last more than an hour with all of the map moves and battles involved. That's a good 20 hours of gameplay even if you only play through the three scenarios once. The game also includes a free mode, which lets you revisit past stages outside of the campaign mode, and a challenge mode, which offers endurance, time attack, and treasure hunt-style objectives.

Compared to the console Dynasty Warriors games, Dynasty Warriors Advance is a watered-down imitation. On its own, it's a fairly generic and very repetitive button masher. Suffice it to say, if you already own another version of the game, you're better off sticking with it. 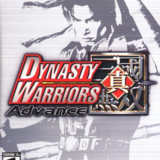 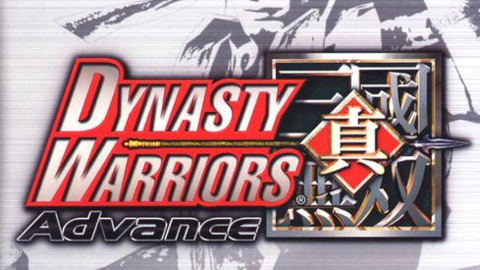