Thanks to some solid strategy, the Empires expansion to Dynasty Warriors 5 turns out to be the bright spot amid the doldrums of endless button-mashing.

The Dynasty Warriors train continues unabated in Dynasty Warriors 5: Empires. As was the case with the progression from original game release to final update of Dynasty Warriors 4, the fifth iteration of Koei's unstoppable hack-and-slash action franchise set in ancient China started with a warmed-over version of its predecessor in Dynasty Warriors 5, moved on to a menial content upgrade in Dynasty Warriors 5: Xtreme Legends, and somehow manages to bring it all home with the arrival of Empires, an expansion that turns the endless hacking and slashing on its head with strategy elements that are actually kind of fun, even with all the button-mashing you'll still be doing as battles are fought. It doesn't contain quite the same level of content as Dynasty Warriors 5 did on its own, but it's still the best version of the game there is on the PlayStation 2. As for Xbox 360 owners, this will be your first chance to try the series on the platform, for better or for worse.

Dynasty Warriors 5: Empires follows the same trials and tribulations of the same caricatures of real-life historical Chinese warriors as the other versions of every other Dynasty Warriors game has. The primary difference in Empires is that it replaces the individual story modes of the original game's many, many characters with the empire mode. The empire mode is an interesting hybrid between the "kill lots of dudes" beat-'em-up gameplay the series has employed for years, and a strategy element that gives those many, many battles some honest-to-god context. There are six distinct scenarios available in the empire mode, and you can choose to play as any of the available warlords that currently occupy territory on the map of China that is the primary menu in the empire mode. In some cases, you also have the option of using a created warlord (via the game's edit mode) to occupy a currently vacant territory. From here, it's all about conquering new territory, as well as defending your own.

Doing so is a multistep process that consists mostly of maintaining resources and upgrading via orders. The primary resource you use in the mode is gold. You earn gold through taxing your people, which is actually an automatic process. The more territory you hold, the more gold you get, and so on. However, it's what you use the gold on that's especially interesting. Every year in the game is broken up into four turns (one for each season), and on each turn, you begin by consulting your generals and giving orders based on their suggestions. These orders can range from supplementing a specific general or lieutenant's troop counts to going into a territory and listening to the words of the people, thus raising their support for you. Most of these orders have tangible effects on how the game plays out--especially the tactics, which are also earned via the suggestions of your generals. Tactics are special abilities you can use while on the battlefield, like a raze effect that scorches all the enemy territory, and specific sorcerer and bandit units that will follow you as you fight.

Another thing you'll have to be mindful of is where you place your officers. You can have up to three generals and three lieutenants in each territory you control, and it's key that you have at least a few officers with decent troop counts in any area that borders an opposing warlord's territory (who will even sometimes assist you in battle). You can circumvent this issue somewhat by forming alliances with other warlords, but once that alliance is up, you're basically fair game. You gain more officers by engaging in battles and hiring captured officers. They don't always want to defect to your side, but often they will, which helps build up your army nicely.

These tactics and officer positionings are really the only major wrinkles in what is otherwise very much a Dynasty Warriors brand of battle. You go out onto a massive battlefield like you always do, run around, occasionally encounter sizeable groupings of soldiers, take them all out, and go do that some more until you've made your way to the primary enemy stronghold and have taken out the opposing leader. In between, you'll find a number of attack and supply bases you can capture to give your side the territorial advantage, but of course, you do so simply by knocking out all the guard captains that hang out inside. Frankly, the action itself is as tedious as it's ever been, but the strategy elements of the gameplay outside the battles give the tedious action significantly more purpose. Seeing territory come under your control on the main map is oddly satisfying, and the strategy itself isn't so tough as to be inaccessible to those who haven't been playing strategy games for years and years.

So, with all of that said, here's where things get a bit tricky. Empires is available for both the PlayStation 2 and the Xbox 360. Obviously, that's a bit of an odd combo. On the 360, this is the first Dynasty Warriors game to appear on the system in North America, but it costs slightly more than the PlayStation 2 version, and it's safe to say that this doesn't really look much like a 360 game--more like an Xbox game that looks a tad bit cleaner and runs a tad bit smoother. There aren't even that many more enemies onscreen compared to what can be displayed on the PS2 version, and the frame rate still dips on rare occasions. Viewing things in HD does zero to help matters, either. But because Empires still isn't a full-priced 360 game, if you own only a 360 and have no access to the cheaper PS2 version, despite the game's limited use of the 360's capabilities, it's still a decent investment if this style of game is appealing to you.

Dynasty Warriors 5: Empires is the definitive proof that Koei should probably stop making Dynasty Warriors games as we know them and focus solely on making new variations on the Empires formula. If you combined the vast array of storylines found in the original game's musou mode with the strategic value of the empire mode, you'd really have something. And even though the story elements are minimal at best in DW 5's empire mode, there's definitely enough content to be found here to engage those who like a little more strategy with their hack-and-slash action. 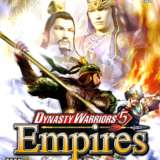 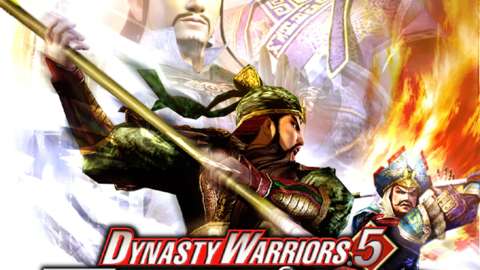