Serious Dynasty Warriors fans will surely eat up the new features, and if you've never tried one of these games before, this is as good as any to start with.

The fourth entry in Koei's action-packed Dynasty Warriors series presents a frustrating question: How many times can a company revisit the same gameplay concept, adding just enough features to please hard-core fans, and still get away with selling it as an entirely new game? With Dynasty Warriors 4, Koei is walking a fine line between updating a venerable franchise with valuable new features and simply milking a cash cow. True, the Dynasty Warriors games have met with commercial success both in Japan and North America, so clearly a lot of players are into this tried-and-true hack-and-slash formula. But for the casual gamers who are on the fence about whether or not to try yet another Dynasty Warriors game, the blatant sameness in the fourth installment will probably cause them to pass on it.

Dynasty Warriors still takes place in ancient China, beginning with the downfall of the Han dynasty. You start the campaign (or "musou") mode with one of three factions--Wu, Wei, or Shu--and engage in a series of branching battles that chronicle the turmoil that engulfed China during the latter Han. There's a classic piece of ancient Chinese literature about this period called Romance of the Three Kingdoms, so the story of this and all the other Dynasty Warriors games is indeed deeply rooted in historical fact. This adherence to history has always been one of the most appealing features of the series, but now that we're in the fourth iteration, it's starting to lose its luster. How many times can you really fight off the same Yellow Turban Rebellion or fight the same battle at Hu Lao Gate before you get tired of the whole thing? Dynasty Warriors 4 brings back many of the same characters as well, and though there's an almost absurd number of characters and alternate character models to unlock (creating ample replay value, for those who are into that sort of thing), the key figures in terms of the gameplay and plot remain more or less the same. To be fair, Koei's use of actual history as a storyline limits the liberties it can take with such things, but that doesn't make the game seem any less familiar.

The gameplay in Dynasty Warriors 4 will be familiar to anyone who's played the previous entries in the series. After choosing your faction, you then choose from among several officers to go out and wage war with. The actual missions are as fast-paced and chaotic as ever, with literally hundreds of friendly and opposing soldiers running back and forth in the midst of battle. All the available playable characters are of the superhuman variety--their attacks can lay out literally 10 or 20 foes at once, and as always, it's pretty amusing to see a whole pile of bodies flying like rag dolls before the swath of your sword. All the characters have a basic combo attack that can be improved on with experience, and they can increase their stats in a number of other areas too. Items picked up during battle will also help you out, as you can equip them between missions for added effects later. In a welcome change to the musou mode, you can now change characters between missions, so you're not stuck playing the same officer throughout an entire nation's campaign.

Thankfully, Dynasty Warriors 4 does bring a few minor new features to the table. Like the previous game, Dynasty Warriors 3 Xtreme Legends, Dynasty Warriors 4 offers edit modes for both bodyguards, who protect you in battle, and officers, whom you can control directly in battle. However, the changeable aspects consist mostly of superficial features like gender and garb, so it's up to you to actively improve a new character after he or she is created. You'll notice a couple of minor new features in the battles, too. For one, an enemy officer will occasionally challenge you to a one-on-one duel, and if you accept, you and your foe will enter into a fight unencumbered by surrounding troops. Another new battle element is the addition of siege engines. For instance, your forces may be moving a battering ram toward a fortified enemy gate, and you'll have to protect the ram from enemy forces while it's being made ready to sunder the doors. Finally, and perhaps most notably, your officer can gain weapon experience independent of his or her stats, which increases the character's overall proficiency in combat. These features are nice to see, but they provide only marginal enhancement to a gameplay model that's identical to its forebears.

The series' graphics and sound haven't been improved in any appreciable way since the last game, though they were good to begin with. The frame rate during battle is constantly fluid, and presumably Koei has kept the level of detail consistent throughout the series so as to maintain this smoothness. The character models look good, with a nice amount of detail and decent animation, but as usual, the backgrounds are pretty sparse, often consisting of simple planes and basic buildings. The sound effects are serviceable, but they're pretty much indistinguishable from the effects featured in the previous game. As expected, the voice acting carries on the series' campy tradition, and it's mostly of the quality you'd expect to hear in a dubbed kung fu movie. Surprisingly, the soundtrack is actually a little more varied, when compared with its predecessors. Although the standard '80s-style wailing guitar rock is back, some of the music (mostly in the menu screens) has a more ambient feel to it. This is definitely a welcome change, as it makes you less inclined to bang your head constantly throughout gameplay.

All this criticism of Dynasty Warriors 4's sameness is not to say that it's a bad game. Quite the contrary: The gameplay is solid, the graphics are fine by PS2 standards, and the storyline is well rendered. However, even calling Dynasty Warriors 4 an evolutionary game is a bit of a stretch--the core gameplay is basically identical to that of its predecessors, and though the menus and artwork have changed and a few new features have been added, the casual gamer would likely be hard-pressed to guess which Dynasty Warriors game this is after observing a random battle scene for a couple of minutes. Serious Dynasty Warriors fans will surely eat up the new features, and if you've never tried one of these games before, this is as good as any to start with. However, less avid fans of the series looking for a fresh new gameplay experience need not apply. Dynasty Warriors 4 is good, but it's the same kind of good that Koei has been releasing for almost three years now. 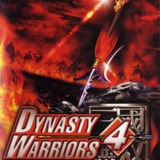 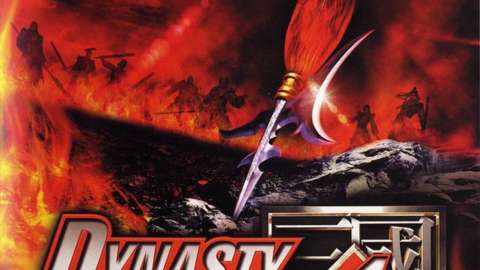 Serious Dynasty Warriors fans will surely eat up the new features, and if you've never tried one of these games before, this is as good as any to start with.