The decent hack-and-slash action of Dungeons & Dragons: Daggerdale is plagued by more problems than its heroic adventurers can handle.

The tower of Rezlus, servant of evil, is teeming with foul creatures just waiting to taste a warrior's blade or a rogue's sharp arrows. And there's gold and treasure galore to be gained by those brave enough to take up this quest. But alas, far more frightening things than goblins lurk in these halls. A number of technical issues interfere with the visuals and gameplay of Dungeons & Dragons: Daggerdale, making it much too difficult to enjoy the simple but satisfying hack-and-slash action at the game's core.

Summoned by a sorceress to vanquish the evil Rezlus, you venture into the dwarven mines at the base of his tower. Little time is spent on the story, and that's just as well. You're here to kill monsters and smash barrels; the reasons why are unimportant. It's easy to ignore the lack of an engaging story, but it's not so easy to ignore the shoddy visuals. Figures look decent when viewed from a distance, but when the camera gives you close-ups of the dwarves you get your quests from, you see that they look more like rough-hewn clay figurines than living people. The environments are more attractive; the lower levels of the tower feel dank and gloomy, while the upper areas are brighter, with the occasional window letting in streams of light that catch motes of dust in the air. But you won't come away from Daggerdale with fond memories of the game's visuals. Instead, you'll remember the horrendous and distracting screen tearing, as well as the equally distracting way some skulls, boxes, and other environmental details pop into existence just a few feet away from your character as you move closer to them or even just rotate the camera. The sound fares better; gusts of wind whispering through the mines foster a sense of isolation, and the clang of metal on metal gives your attacks a sense of impact.

Underneath the visual blemishes lies a thoroughly ordinary hack-and-slash game. You choose from one of four characters: a human warrior, an elven rogue, a dwarven cleric, or a halfling mage. Each character has a melee attack, a ranged attack, a class ability, and a number of special spells or attacks that are called powers. The class abilities range from the mundane (the warrior's block) to the enjoyable (the mage's short-range teleport), and the powers available to each character set them apart from each other a bit. The mage is an offensive character whose spells allow him to do tremendous amounts of damage, for instance, while the warrior's skills do things like slow enemies down and enable him to withstand more punishment. These differences make playing cooperatively with up to four players online more interesting, as the abilities complement each other and let parties slaughter enemies more effectively. But they're not so significant as to have a large impact on your experience when playing solo. Any character can hack, slash, and shoot his or her way through the game in much the same way as any other. Health potions are plentiful enough and cheap enough for you to endure the damage foes deal out whether or not you've got a cleric by your side trying to keep you alive.

The combat is fast, simple, and fun; most enemies fall after suffering a few whacks from your quarterstaff or a few bolts from your crossbow, and all of your powers have quick cooldown timers, so you don't need to worry about things like mana or stamina. What keeps you going isn't just the thought of slaughtering the next dozen skeletons, but also the thought of earning the experience and gathering the loot from doing so. It's rewarding to trade your ordinary short sword for a Dazzling Elven Short Sword of Expediency or see enemies suffer electricity damage after you shoot them with your new Crackling Shortbow of the Wounded. There's a real sense of becoming more powerful as you progress. Unfortunately, the pleasures to be found in this process are elusive. At times, you must fight off so many waves of goblins or other creatures that the battle grows tedious. And because new enemies have a tendency to just spawn into existence right before your eyes, there's no way to know how much longer these battles will last, so there's no sense of victorious momentum to carry you through as you approach the end of such a battle.

Other annoyances abound. Enemies who revive their fallen comrades, like goblin shamans, don't stand out much from their brethren, making it difficult to identify and focus your attacks on them in the heat of battle. You might find that a group of enemies simply can't advance past a certain point, which lets you safely pick them off from a distance with your ranged attacks. And, on occasion, an enemy standing right in front of you may be impervious to damage from your melee attack, but still susceptible to injury from an arrow or thrown axe. Also, once you've completed one objective and must make your way to the next, it's often difficult to tell which way to go. A waypoint on your minimap indicates the general direction of the objective, but the winding passageways of these mines and ruins mean that the direction the objective lies in and the direction you need to go are often different. Even the larger map you have at your disposal only shows a limited area in your vicinity, forcing you at times to just guess which path may take you the right way.

These issues might be easy to overlook if Daggerdale's online play for up to four players worked well, but it doesn't. For starters, when choosing a game to join, all you're told is how many players are in each game; you're given no indication of what level the characters are or where they are in the campaign. As a result, you might jump into a game only to find that your character is much higher or lower level than the other players or that the quest in progress is one you've done a dozen times already. (Of course, you can create a game yourself to avoid this issue, but then the players who join you will be doing so blindly.) Once you're deep in the dungeons with other players, minor and major frustrations crop up constantly. Arrows indicating quest objectives may show up for the host but not for other players. If you are doing some shopping or changing your equipment when another player talks to a non-player character, you're instantly whisked out of whatever you're doing and into conversation with that character. You may find that a merchant who has a wide variety of items on offer for other players has nothing for sale for you, or that you're inexplicably unable to assign your powers to buttons so that you can actually use them. When you're able to just focus on killing monsters as a team, cooperative play is fun, but far too many problems interfere with this enjoyment. You can also play local co-op with one other player, which eliminates many of these issues, but requires both players to stick closely together.

It might take most players six hours or so to reach the game's climactic battle and experience its strange cliffhanger. Unfortunately, there are too many issues plaguing Daggerdale to make the implied prospect of more adventures to come an enticing one, and those glaring issues also make the game's $15 price tag tough to swallow. There are far more attractive opportunities out there for would-be wizards and warriors. 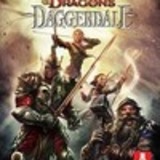 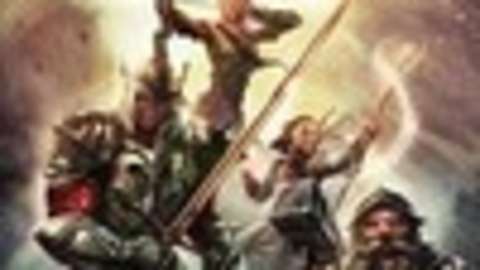 Dungeons & Dragons Daggerdale centers on the desperate struggle to defeat the evil Rezlus and his Zhentarim in their attempt to invade and conquer the Dalelands.