Dungeon Siege III is a fun but unambitious dungeon crawler that fails to live up to the games that came before it.

What is it about shiny new loot that makes action role-playing games so enthralling? There's something perpetually rewarding about seeing a heroic warrior graduate from lowly rags and a rusty sword to gleaming gold armor and a katana so sharp you can lop a cyclops' head with it in a single swipe. Dungeon Siege III has that same hook, so if opening treasure chests and breaking open urns is your addiction, this straightforward RPG will fuel it. Whether or not the game fulfills your other RPG needs is another matter. Dungeon Siege III marks a departure from the series in a number of ways. Most obviously, this is the first time a Dungeon Siege game has appeared on consoles (discounting 2006's PSP spin-off), and developer Obsidian Entertainment has done a fine job of making the series feel at home on its new platforms. The controls and interface make it easy to hack away at armored soldiers and pilfer stuff from their corpses, and the seamless world keeps you focused on the game--not on loading screens. Yet Dungeon Siege III does little that countless RPGs--including recent downloadable ones that last just as long but cost a fraction of the price--haven't done before.

Previous Dungeon Siege games didn't spend much time trying to weave an intricate story. Dungeon Siege III bucks tradition in this regard. You spend a good amount of time conversing with other characters, learning about primary villain Jeyne Kassynder and the kingdom's festering political conflicts. The plot is simple enough: you must defeat this wayward woman and restore power to the legion. Where Dungeon Siege III tries to excel is in the element of choice. As is the fashion in modern RPGs, your choices in dialogue trees can steer certain elements of the story, including the fates of primary and secondary characters alike. At predetermined intervals, and at the conclusion, the game wraps up the results in Fallout-esque summaries accompanied by attractive, sepia-and-gold-toned still images. These chronicles are recounted with great gravitas by a throaty narrator, as if this were a tale for the ages to be passed down from one generation to the next.

If only the tale were worth such solemnity. You play as one of four different characters, each of which has a different relationship to the Legion and different ties to Ehb's past. Dialogue and other story elements differ based on these elements as well as on your dialogue choices, and it's easy to appreciate how the story machine flips all the right switches as you move along. But mechanical intricacies don't necessarily make for an engaging story. Dungeon Siege III doesn't have enough character to give these decisions weight. You spend a lot of time hearing about Jeyne Kassynder's thirst for vengeance, but rarely witnessing it. There is a lot of familial reminiscing, but you aren't given any emotional hook to draw you in--no flashback scene, no signature music, no moment of quiet repose. Had Dungeon Siege III spent more time developing its forgettable cast of characters, these branching story paths may have succeeded. But while Dungeon Siege II stretched beyond 40 hours--more than enough time to weave an involving yarn--you could easily wrap this adventure up in a dozen hours or so.

If you're a Dungeon Siege fan, you probably wouldn't come to this sequel for involved storytelling anyway. In fact, you might be surprised by just how hard the game tries to frame all your button-mashing with meaningful choices. Rather, you probably came for the action and the loot, and on this basic level, Dungeon Siege III succeeds. If you prefer getting up close and personal, Lucas' swords allow you to wade right in. If you like keeping your distance, go with Katarina and her high-powered rifle. Among the four available characters, you'll probably find one to your liking, though series fans might miss the creative freedom of choosing and naming a character as they see fit. And then you crawl through crypts and scour forests, destroying skeletons and spiders and all the beasts you expect to find in fantasy games of this sort. The action culminates in a number of boss fights against teleporting mages, warmongering warlocks, and tentacled terrors. These are entertaining battles--tough enough to require some adept use of your powers, but rarely difficult enough to frustrate.

You eventually earn six offensive powers: three for each combat stance. Each stance lets you take a different role--usually long-range versus short-range--and three of those powers can be performed within that stance. You also earn defensive powers, and as you level up, you sink points into passive bonuses for individual skills, as well as for overall benefit. That sounds more complex than it really is. In practice, you hammer off standard attacks and tumble or block, while occasionally switching stances and firing off powers to clear the crowd, heal yourself, or send a fiery jackal to do your dirty work. It feels fluid enough on consoles; on the PC, it doesn't feel as smooth as you'd have hoped for a Dungeon Siege game. In most such RPGs, including prior Dungeon Siege games, you click on the target you wish to attack; in Dungeon Siege III, the autotargeting is not associated with your mouse pointer, so you must face your target first. You'd think you could just click on loot to gather it, or click on treasure chests to open them; here, you have to move in close and press a key. While tumbling and blocking feel natural enough with a controller, the way they function on the PC feels fiddly and out of place. And if you don't like some of the awkward key mappings, oh well: you can't change them.

This isn't the only area in which Dungeon Siege III marks a turn for the worse in this series. While previous games let you accumulate full parties of four or more, you have a lowly party of two in this single-player campaign. (Though to be fair, you can replace your companion with the other two available characters once you've encountered them.) You can't take over control of anyone in your party, only the one you choose at the outset. Fortunately, some series standards have been retained, such as its seamless kingdom. Dungeon Siege III is a collection of corridors and narrow dungeons, but there are no loading screens separating them. Every so often, the game will load data and slow your healthy jaunt to a slow walk for a few moments, but such pauses are brief and don't hinder the forward momentum. Unfortunately, Dungeon Siege III's stubborn camera can make traversing those cramped dungeons a chore. You might find yourself backed into a corner by an undead horde, where the camera zooms in for an unhelpful view of your head. (Hello, inadvertent death!) Such camera failings aren't constant--but they're frequent enough to annoy.

Dungeon Siege III's greatest visual treat is seeing its characters don progressively more intriguing armor. Anjali's starting outfit is hardly worth noting, but you'll enjoy seeing this mistress of the elements in a looming headdress in the game's final hour. Environments are heavy on dark dungeons and light on scintillating vistas, but there's enough variety to keep your travels visually lively. An ominous crypt is made to look even more evil by a candelabrum's green flames. Impossibly tall reeds grow from a stagnant swamp's waters. The crystalline walkways and corridors of an ancient dwarven mine wear thin, however, and there aren't any graphical elements that might have you exclaiming in awe over their beauty. The game gets the job done, and every so often--during a close-up of a shaman in his kaleidoscopic costume, for example--shows you something worth admiring. The soundtrack does its assigned duty, its themes occasionally reminiscent of music from The Matrix and other times evoking late Tchaikovsky, but it rarely stands out of its own accord.

If you tire of having just a single AI companion at your side, you can have a buddy take over in local cooperative play or have three others join you online. Many dungeon crawlers are energized by the addition of friends or strangers, and Dungeon Siege III is no exception. Setting enemies aflame while Lucas dashes through a cluster of spiders and Katarina dispatches them with her dual shotguns is a blast. But the co-op play has some execution flaws that limit its appeal. One of them is the camera, which forces players to closely stick together, even when playing online. It also has a tendency to move into positions that limit your view of the surrounding area, and it's simply not fun to get hit by homing fireballs you can't see until they're upon you. And should you join another's campaign, you aren't taking your own character with you; you're just taking over for the AI in that player's game. You don't get to keep any experience, skills, or loot that you might earn for your trouble.

With Dungeon Siege III, you might have expected a game that lived up to the nine-year-old adventure that started the series. Instead, you get a short and simple dungeon crawler with no aspirations to be anything more. On its own terms, Dungeon Siege III is fine, if standard-issue. You mash a button, cast some magic, and earn a ton of loot for your troubles. This game drizzles gold upon you as if it were pennies from heaven, and because you can turn unneeded items into currency right in your inventory screen, you never need to leave anything cool on the forest floor. But you needn't have played the first two games to see where this sequel falls short of its potential. And if you did play them, you're bound to be disappointed by how everything that made previous Dungeon Siege games special was stripped away. It's not that playing Dungeon Siege III is a choice you'd regret--it's that you wouldn't remember anything about it once it was over. 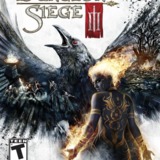