With its numerous game modes and customization options, there's a lot to do in Dungeon Defenders. Too bad its fundamentals don't measure up.

Orcs are crazy. All they ever want to do is smash things and terrorize villagers. Thankfully, brave heroes will always be there to help with a carefully calculated combination of turrets and traps. If you played such games as Orcs Must Die! or Sanctum, then you're already familiar with the mechanics for Dungeon Defenders. The goal is to protect one or more structures, called cores, from increasingly difficult waves of goblins, orcs, and other high-fantasy fiends. You do this using your character's unique buildings and abilities, all of which you can upgrade and customize. However, for all of its difficulty modes, gameplay types, and hundreds of items, the simple act of playing Dungeon Defenders falls disappointingly short; and a few fundamental shortcomings drag this otherwise robust game into the realm of tedium.

You start by choosing your character. On tap are four iconic character archetypes: wizard, squire, huntress, and monk. Each has his or her own unique fighting style and structures to use in combat. The wizard is the game's most straightforward character; he fights at range using magical projectiles with the ability to raise walls and offensive turrets. On the other end of the spectrum is the monk. Possibly the most complex character, the monk is adept at both range and melee fighting and can deploy status-effecting auras on the battlefield.

Once you put the finishing touches on Steve the Squire, or your character of choice, it's time to hit the battlefield. With twisting alleyways and stairwells, the stages may look confusing, but they all follow the same rules. Enemies pour in from giant gates that line the outside of the map and then split up its numerous routes. While they take different directions, their goal is singular: the destruction of your core(s). Your goal, on other hand, is to identify the map's choke points and clog them up with as much stuff as possible. Of course, you may have to jump into the fight yourself when a pesky flying enemy or a massive ogre hits the field.

Once the dust settles and you wipe the pink and purple goblin blood off of your sleeves, it's time to collect your reward. All across the battlefield, swords, staves, and suits of armor will be left behind by your vanquished foes. Handy pop-up windows quickly relay information about an item's specifics. Some items will improve your character's base statistics, while others will change the properties of their attacks. There's even a big thumbs-up (or thumbs-down) icon to tell you if it's better than what you're wearing. And with a healthy injection of funds--collected from chests and fallen foes--your items can be increased in level to further enhance their bonuses.

Your characters also advance by defeating enemies. After leveling up, you are awarded points to improve either your character's stats or structures. Do you increase the health of your wizard's turrets or the damage output of his attacks? However you decide, when it comes time to actually play the game, it stumbles. At the heart of this issue is character locomotion. The little guy or girl is slow, sluggish, and has a floaty jump that makes navigating the environment a chore. And these issues are further compounded in the early hours of the game when the arenas are smallest and your character's speed rating is at its lowest.

Environmental clutter can be a problem as well, depending on the character you've chosen. If you're the wizard or the squire--and chances are you will be because they are marked as beginner classes--then all of your structures occupy space on the battlefield. This is opposed to the huntress and monk's structures, which characters can pass through. All of a sudden, the game's narrow hallways and corridors are littered with walls and turrets that your avatar must clumsily hop up and over to get into (and back out of) the fight.

This wouldn't be such a dire issue if the game weren't brutally difficult. When you have multiple blockades under siege at once, you need greater mobility than the game offers. Too often you're asked to swiftly navigate an environment that doesn't clearly communicate which platforms you can leap to or snags you between two pieces of geometry. This may only cost you a few seconds, but every second counts against such taxing opponents. Some of this can be mitigated by having cooperative teammates by your side. In fact, some of the campaign stages and higher difficulty settings all but require more than one person to succeed.

Once you reach your enemies, a lack of feedback from your attacks makes fighting the hordes dull. There are no thrills in watching your monk lazily swing his spear from side to side as his enemies slide around the terrain on impact. This creates a feeling of detachment from the action; you don't feel as if you're controlling a noble hero but, rather, a weak turret that can get up and walk around. Picking out targets on the PC is easier than on consoles thanks to the precision granted by the mouse and keyboard setup. Instead of being locked to an autotargeting system, you can freely point your reticle at whatever you please and open fire. This system also gives you direct control over the game’s camera, making it easier to see what’s ahead of you.

The interface in the PC version is also easier to navigate. Gone are the radial menus from the console version, replaced by a string of hotkeys binding each structure and ability to a number key for quick access. While these improvements make the PC version is the definite way to play, sluggish controls, crowded battlefields, and lame action lessen the game's overall appeal. Barring these issues, there is a ton of content to discover in Dungeon Defenders, and while the difficulty may be steep, there's always another challenge waiting to knock you on your rear. 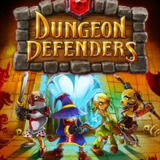 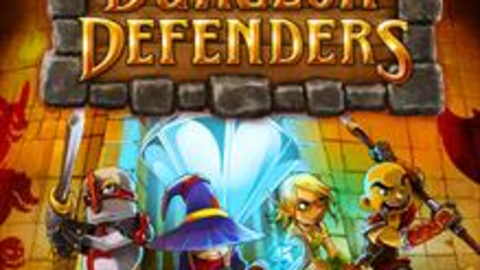 In Dungeon Defenders, fight for team and territory in a mash-up of action, role-playing, and tower defense.