It has little in common with previous Budokai games, but there's still enough here to keep DBZ fans entertained.

Prior to the 2002 release of Dragon Ball Z: Budokai, video games based on the high-octane anime and manga series all had one thing in common: Unless you were a hardcore Dragon Ball Z fan, they were generally quite unbearable. Though the Budokai series has had its ups and downs, all of the Budokai games so far have had a level of polish and accessibility that has merited praise without requiring the "for a Dragon Ball Z game" qualifier. That said, fans looking for a straight follow-up to Budokai 3 will be surprised by what Dragon Ball Z: Budokai Tenkaichi has to offer, and possibly a little disappointed.

Originally released earlier this year in Japan as Dragon Ball Z: Sparking!, Tenkaichi deviates quite significantly from the standardized 3D fighting formula that the core Budokai games have generally adhered to. Developed by Spike, a Japanese studio best known for its somewhat technical wrestling games, Tenkaichi inserts a fairly simple, stripped-down fighting engine into the framework of a free-roaming, third-person action game.

For the majority of the game, you're given a behind-the-back perspective on the action, though the camera will lean a bit to the side when you get up close to your opponent and will cut to an entirely different camera angle for special moves. The main reason behind this rather unorthodox camera angle (unorthodox for a fighter, anyway) is to let you run and fly around the environment as you please. The free-roaming components definitely gives the game a more authentic Dragon Ball Z feel by increasing the overall scope of the fights, though it's stymied somewhat by force fields that limit the size of the levels. It's not unusual to find yourself stuck up against one of these rainbow-colored boundaries, which kind of ruins the whole illusion. Another negative aspect is that there's not much in the way of direct camera control. The problems this creates are twofold. For one, it's not hard to lose track of your opponents, and though you have a radar that can help you pinpoint their location, it's often not quick enough. Secondly, the camera isn't quite flexible enough for the game's fully 3D environment, and you'll regularly find yourself viewing the action from a rather uncomfortable angle.

By using the L1 button to lock onto your opponents, all of your movement instantly becomes relative to their position, allowing you to dash right at them or do a bit of circle-strafing. The lock-on function is a little inconsistent; you can lock on to an opponent from a great distance, though if you choose to move to do a little circle-strafing rather than attack head-on, you'll lose the lock. Hand-to-hand combat is pretty simple, since the square button is the only way to throw a punch. A few consecutive taps will dish out a nice little combo, and you can vary your attacks by holding a direction as you launch your attacks. Additionally, you can create longer combos by throwing in instant teleports and energy attacks. You can launch simple energy (or "ki") attacks with the triangle button, and holding down L2 and triangle will produce a much more substantial blast. You can expect to see your favorite characters trotting out their most well-known moves, as well as power struggles when two characters throw massive energy attacks at you at once.

The simplicity of the combat in Tenkaichi is a bit deceptive, as much of the controls are contextual to your current situation. For example, the circle button by itself serves to block incoming attacks, though if you press to the left or the right just as your opponent is attacking, it instantly teleports you to the side, giving you an opportunity to strike your attacker. On the other hand, the main function of the X button is to let you dash in any direction quickly, though when you use it correctly in the middle of a combo, you can trigger an attack that knocks your opponent across the screen. The combat isn't any deeper or more varied than what's found in the core Budokai games, but it's not as friendly for button-mashing, and the learning curve is much steeper. It's commendable that Spike wanted to try something different here, but the dividends don't quite justify it.

Tenkaichi might have an unorthodox control scheme, but the game mode options are pretty straightforward. The Z Battle Gate operates under the contrivance of restoring Shenron's memories by reenacting classic Dragon Ball moments, though the "classic" status of some of these battles (Krillin vs. Yamcha!) is somewhat suspect. Rather than having you just knock down one opponent after another, the Z Battle Gate regularly gives you conditions to win certain encounters, such as requiring you to use a special finishing move, and you'll also find yourself squaring off with characters in matches that feel more like boss battles than standard fighting-game matches. Z Battle Gate is the first menu option in the game, but the competition is fierce right from the start, and you should probably go through the tutorials and practice modes first to avoid frustration.

You'll earn loads of Z items in the Z Battle Gate, which are special performance-enhancing modules that you can apply to different characters. Each character has a limited number of slots for these enhancements, though certain Z items can be fused to create a single, more-powerful item. It's not entirely unlike the character customization system found in the core Budokai games, and it has an appreciable impact on the capacities of the different characters.

The ultimate battle mode puts a unique spin on the standard tournament and survival modes found in other fighting games. Here you're put at the bottom of a 100-fighter tournament, with the goal of working your way up to number one. Winning matches will bring you up a rank and can also earn you points. Rather than knocking you down a rank, losing a match will deduct from points you've accrued. It's a nice buffer against losses, though the consequences for running out of points altogether are severe, requiring you to start the mode all over again. It's just too harsh, and it makes for more moments of frustration than are necessary.

The other two modes found in Tenkaichi are the world tournament mode, which gives you several tiered tournaments to fight in, and the dueling mode, which lets you go one-on-one against either the computer or another player. The multiplayer game isn't as compelling in Tenkaichi as that found in the core Budokai games, largely because the behind-the-back perspectives require the use of split-screen for two players. With the expansive nature of the levels and the outstanding camera issues, these things create more technical hurdles than players ought to be expected to wade through.

Some clumsy camera work aside, Tenkaichi looks pretty good. Though some of the fighters' finer details appear a little blocky up close, they're all fine 3D renderings of their 2D counterparts. When powered up, characters crackle with energy, and well-timed use of slow motion gives many of the attacks some extra punch. Some of the between-fight animations can look a little mechanical, but in action everything feels smooth and exaggerated in an appropriately DBZ manner. Though the power struggles have an appropriately over-the-top feel to them, regular energy attacks don't always carry the grandeur they ought to and are further diminished by canned attack routines that always play out the same way.

The Dragon Ball Z name carries with it several decades of signature sound effects, musical themes, and character voices, which Tenkaichi basks in. All of the sound effects for punches, powering up, instant transmissions, ki blasts, and the rest of the Dragon Ball Z trademarks come through crisp and clear. As has become expected, the American voice cast provides character vocals, though you might get the impression that some of these actors are growing weary of the characters. If you've been exposed to the US version of Dragon Ball Z exclusively, you can have your mind completely blown by switching the voices to use the original Japanese voice cast instead. Rounding out the sound effects is a soundtrack that balances the funk of the original Japanese DBZ soundtrack and the more rocking American version. It can create some inconsistency, and there are a few occasions when sound fidelity is questionable, but the payoff is quite worth it.

Despite the fact that Tenkaichi doesn't quite live up to the higher standards set by Budokai 3, the execution is still good enough, and the game makes the kind of thorough use of the license that will keep the DBZ devout happy. Make no mistake, though--the gameplay is different enough that Tenkaichi should be considered a spin-off more than a sequel, and Budokai fans should approach it with a bit of caution. 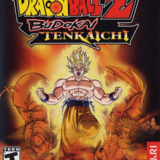