Last year's Dragon Ball: Raging Blast kicked off a new series of fighting games set in the popular Dragon Ball universe. But while it admirably captured the look and energy of the Dragon Ball anime, delivering fights filled with stylish attacks and demonstrations of tremendous power, the core fighting action was too shallow and repetitive to make wielding that power much fun. And sadly, Raging Blast 2 does very little to improve upon its predecessor. The visual energy is still there, but Raging Blast 2 doesn't do anything we haven't seen before, making its weaknesses even harder to forgive than they were in the striking but flawed original.

Raging Blast 2 feels more like a modest expansion of the first game than a full-fledged sequel, which makes its $60 price point pretty tough to swallow. It adds 20 characters to the roster, bringing the total to 90, which sure sounds like a lot. But since the differences between one character and the next remain mostly cosmetic, this does nothing to address the shallow gameplay. All the characters handle almost identically and have functionally identical melee attacks and combos. The only real difference is in the super and ultimate attacks they have at their disposal, but these, too, are largely the same for many characters, even if the names and animations associated with them are different. And of the 14 environments in which you can do battle, only four are new for this sequel. The rest are recycled from the original Raging Blast.

Little has changed with regard to the fighting mechanics since the first game. The combatants all soar effortlessly in all directions through large, three-dimensional environments, and the blistering speeds with which they move around make controlling them a pleasure. All the moves are incredibly easy to pull off. Standard melee combos can be dished out with one button, long-range ki blasts can be fired with another, super attacks are performed by pushing the right stick in one direction, and the even more powerful ultimate attacks are done by clicking the right stick. The simplicity of the control scheme makes it easy for anyone to jump in send their opponents flying through the air, through the nearest building or into the nearest mountainside, and it is a kick to fill the screen with the blazing energy of Goku's kamehameha, Tien's tri-beam, and all the other flashy super and ultimate attacks you can so easily perform. But this simplicity also means that the action quickly starts to wear thin. There are a few attacks and defensive maneuvers that require precise timing to pull off, but all of your staple moves are so easy to do that none of it is rewarding in the long run. There's very little nuance to combat in Raging Blast 2, and battles quickly start to feel repetitious and shallow.

The most significant addition to combat is the raging soul system. In the original Raging Blast, melee attacks did so little damage that they were almost pointless, except as a way of building up the ki needed to perform super attacks. Building up ki is still a major component of Raging Blast 2, and it's not uncommon for the action to come to a complete halt as both fighters stand in place, charging up their ki for several seconds before unleashing their next barrages of super attacks at each other. But now, at least there's a way to make melee attacks worthwhile. By charging up your ki to the limit and triggering the raging soul state, you lose the ability to perform super attacks, but your melee strikes become much more powerful. Having a way to make melee strikes a more viable path to victory is a small step in the right direction for the series, but there's still too much emphasis on the slow process of building up ki, and pounding a single button to release strings of melee attacks or holding it down to charge up a strike and send your opponent flying doesn't make for engaging combat.

Raging Blast 2 has a slew of single-player modes, and a decent assortment of multiplayer options as well. In the single-player Galaxy mode, you fight your way through a series of battles associated with the history of each character. This is the closest thing Raging Blast 2 has to a story mode, but it makes no effort to actually tell a story. Unless you already know these characters well, you'll have no clue what their motivations are for punching each other across the universe. The snippets of dialogue that characters utter before each battle certainly aren't enough to flesh out what's going on. Galaxy mode also sets conditions that often make battles far more challenging, but in ways that prove to be more frustrating than rewarding. For instance, you might start with so little health that just a few hits will finish you off, but you have to defeat an opponent who has full health. This is so unfair and the gameplay is so monotonous that defeat becomes a source of crushing discouragement, rather than a hurdle to push yourself to overcome.

There's also a straightforward arcade mode called Battle Zone, a Tutorial mode that introduces you to the basics of combat, and a Training mode in which you can set a variety of options to determine your opponent's behavior and then practice your stuff. Battle and Tournament modes let you battle each other in split-screen; the screen is divided vertically, though, and significantly limits your view of the action. If you jump online, you can participate in ranked or non-ranked single fights or tournaments with other players. Online combat is smooth and responsive, but the combat system makes spamming powerful attacks so effective that even when playing against human opponents, the repetitive fighting quickly grows tiresome.

At least Raging Blast 2 looks good, though the visuals don't improve significantly on last year's game. Still, the characters are vibrant and detailed, and they move with all the blistering speed you'd expect them to possess. The highlight remains the elaborate super attacks, which incorporate close-ups, slow motion, and other techniques to convey the over-the-top energy these characters constantly unleash. Unfortunately, the biggest issue with the presentation of the first game hasn't been addressed here. When your opponent is far above or below you, the camera loses sight of him or her altogether and often shows you nothing but empty ground or empty sky. The sounds of battle are appropriately absurd and exaggerated, and the characters utter their taunts with reliable enthusiasm, but these repetitive outbursts soon become grating.

As a piece of fan service, Raging Blast 2 is packed. There's a remake of a rare Dragon Ball anime included on the disc, and the game rewards you constantly with new pictures, costumes, music, and new special moves, giving diehard Dragon Ball fans an incentive to press on against the monotonous gameplay. But it's just not worth it. When you consider the $60 asking price and how little this game adds to its predecessor, there's no reason for even the most devoted fans to spend their hard-earned money on this hollow cash-in of a sequel. 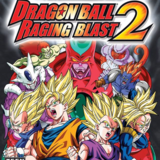 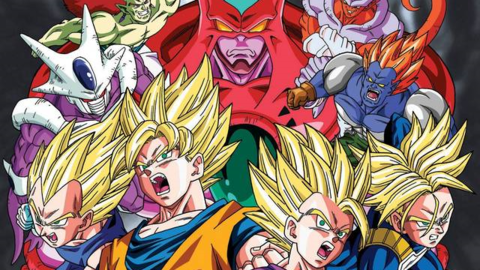