This add-on doesn't reach for the stars, but it features a couple of great characters and a smattering of quality moments.

Dragon Age: Origins' Leliana may have seemed sweet enough, but her initially faithful and spiritual demeanor masked an unsavory past. In Leliana's Song, the most recent downloadable content released for last year's superb role-playing game, you explore the bard's dark side and glimpse the circumstances that led her to pledge to the Chantry in Lothering. Effective storytelling makes this add-on worth a look for dedicated Dragon Age fans, particularly those that experienced Leliana's personal quest in the original game. Unfortunately, you won't find many surprises lurking within this fun but unremarkable adventure. The combat remains enjoyable, but because your party is capped at three rather than the usual four members, battles aren't as exciting as they might have been with a larger party. Though some later encounters in an atmospheric alcove grant a little variety, you will fend off the usual foes in a number of well-worn environments. This isn't Dragon Age at its best, but Leliana's Song is an appealing slice of character-driven content.

If you developed a close relationship with Leliana in Dragon Age: Origins, you may also have met Marjolaine, her past mentor. Marjolaine plays an important role in Leliana's Song, even though she is not a playable character, and her influence over the pretty and impressionable Leliana is uncomfortably ominous. The two bards play "the game," a sport of political intrigue in which factions are pit against each other with a bit of clever information swapping and document planting. Heavy-handed foreshadowing keeps the plot twists that follow from being particularly shocking, but the strong characterizations of the two main players will draw you in nonetheless. Characters are introduced in short montages that take great advantage of Dragon Age's most important theme: blood. Thanks to fantastic voice acting and a few effective camera angles, Marjolaine's dismissive smarminess will make you squirm, while Leliana's wicked streak is likely to bring a grin to your face. It's too bad that Leliana's Song rounds out your party with forgettable companions that lack a sense of presence and amount to little more than generic henchmen.

It's also too bad that you always control a three-member party in Leliana's Song rather than a typical four-person team. Dragon Age's combat is intrinsically fun, but it's strongest when you have a full party under your control. The enemies you fight and the areas you do battle in aren't nearly as inspired as those on offer in Awakening, the full expansion released early this year. You move from city streets to interior hallways, beating up on soldiers, mages, and mabari, followed by more soldiers, mages, and mabari. The predictable environments and enemies make much of this adventure seem unimaginative, but several sequences inject some much-needed inspiration. A beautiful shaft of light and a disembodied voice provide great visual and narrative context to the escape sequence that follows; skirmishes against some sinister creatures in a murky inlet toward the conclusion are also a welcome change of pace. Sadly, the final boss battle is not nearly as intriguing or enjoyable as those from the main game, though it is difficult, so expect to pause the game often as you put your tactical thinking skills through their paces.

Great new music is another highlight of Dragon Age: Origins - Leliana's Song. The crooked tunes you hear during the first hour suit the gleeful malevolence of "the game," and somber music enhances the emotional resonance of multiple scenes. It's nice to see the Orlesian bard get her due, though the by-the-numbers clashes and restricted party size keep this three-hour slice of downloadable content from hitting consistent high notes. But if you like the prospect of seeing the impish side of Dragon Age's most pious party member, this $7 add-on is a solid proposition. 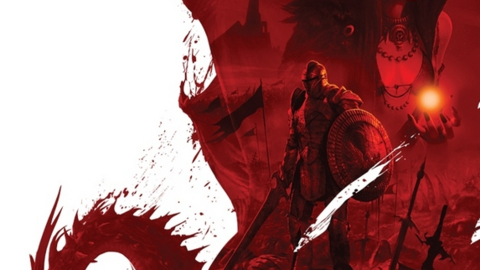 Dragon Age: Origins is an RPG based on a brand-new fantasy world.