Although it's still too short, Double Dragon EX delivers the excellent gameplay that fans of the series have come to expect.

Double Dragon EX marks the return of the beloved beat-'em-up franchise to mobile phones. Bandai's first mobile effort, which came out almost a year ago, was a complete mess. It barely played like a Double Dragon game at all, partly because the handsets of the day were too slow to deal with the series' martial art action. Happily, Bandai seems to have learned some important lessons from that experience, because Double Dragon EX represents a huge improvement over the first game in every way. Although it's still too short, Double Dragon EX delivers the excellent gameplay that fans of the series have come to expect.

Most of the series' best aspects are on display here. For instance, you can play as either Billy or Jimmy Lee, the eponymous Double Dragons. These scowling, muscle-bound karate warriors have squashed Machine Gun Willy's gang members like insects for nearly 20 years' worth of games, and they reprise all of their style on the thugs in this chapter. While the first mobile game featured only a limited selection of moves, you've got the full range of bone-crushing strikes in EX: the standard kicks and punches, a jump kick, a crouch, a block, a grab and throw, an elbow punch for nailing enemies that creep up from behind, a power uppercut, a power knee, and last but not least, a super spin kick. These moves aren't necessarily easy to pull off, since you have to access combinations of number keys while moving your character around with the nav pad. This is not a one-thumb game by any stretch, but action gamers are sure to appreciate the wide variety of techniques, which also happen to include weapon attacks. Generally speaking, the controls stand up well, although a lack of button chording on the LG VX7000 makes evasive maneuver difficult. Once you get knocked down and surrounded, you should expect to lose a life in a hurry. Your immobility also makes the elbow punch a complete necessity, since you'll rarely be able to turn around and face an enemy fast enough to preempt an attack.

Nevertheless, Double Dragon EX is still a lot of fun to play, thanks in part to the effort the developer put in transferring the arcade game's graphics and sound to mobile. This game looks almost exactly like the arcade version in miniature, and you can choose from three different run speeds, the fastest of which actually reproduces the pace of the original game. The sound is even more impressive. This game packs MIDIs of three famous Double Dragon tunes, as well as some crisp sound and vibration effects. It's a shame that you can't play sound effects and music at the same time, but this limitation is hardly uncommon in mobile games, regrettably.

We recommend Double Dragon EX to fans of the series, and also to those looking for a good mobile beat-'em-up. This game is over too quickly (although the hardest difficulty level will give even seasoned gamers a tough time) and it's pretty repetitive, but its gameplay is top-notch while it lasts. This time around, Bandai's managed to give mobile brawlers both dragons instead of a toad. 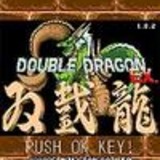 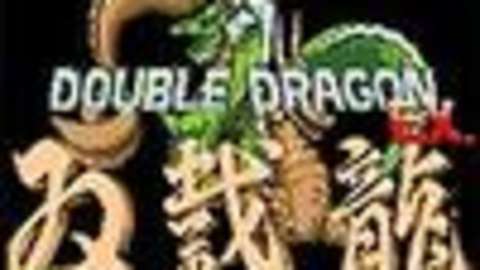 Although it's still too short, Double Dragon EX delivers the excellent gameplay that fans of the series have come to expect.