There is no shortage of indie 2D platform games out there vying for your attention and money. In order to stand out from the crowd, these games have to try to make themselves unique through visuals, sound, and perhaps most importantly, gameplay. 13 A.M.'s Double Cross does this by mixing a physics platformer with a mild dash of beat-'em-up combat and even a mystery-sleuthing story element. It's an interesting concoction, but sadly, this mix doesn't go down quite as smoothly as you'd hope.

Double Cross has players assuming the role of Zahra, a spunky young lass who works for RIFT, an interdimensional police force. RIFT is in charge of keeping all the various alternate universes out there in check, and Zahra's one of their best up-and-coming agents. When RIFT HQ falls victim to a mysterious attacker, however, Zahra is tasked with combing through multiple dimensions and finding clues to the strange being's identity. This involves some hand-to-hand combat, a bit of evidence collection and investigation, and a lot of swinging about with Zahra's special Proton Slinger.

While the game's tutorial and Zahra's status as interdimensional law enforcement might have you thinking that Double Cross's priority is combat with monsters from different universes, it's actually slanted very heavily towards pure platforming. Zahra makes ample use of her grappling-hook-like Proton Slinger to latch onto objects and propel herself along the game's various environments, using the swings in tandem with a dodging skill to avoid hazards like spikes, fire pits, and security lasers. You'll often be tasked with doing multiple, very precise swings in a row, which can be quite challenging--but thankfully, time slows down when Zahra is aiming her Proton Slinger, making it much less of a pain to do the demanding multi-sling sequences. It feels really satisfying to hit a bunch of tricky sling targets all in a row, especially if you've managed to suss out a hidden path to collect Upgradium, the game's token ability-boosting collectible.

Elements like weird, clingy-bouncy goo walls and switch-activated platforms keep stage design interesting and engaging while providing simple puzzles to solve. It's a good thing most of the stages are fun to bounce around in, because there's not much to them visually--while Double Cross does offer a pleasant color palette and uses camera zoom wisely in areas where it's beneficial, the lack of detail and samey-ness in many of the game's backdrops don't inspire much excitement to explore. You're really playing to see what kind of fun platforming challenge will get thrown at you next. There are a few levels that are just plain bad--the arcade stage with numerous timer-based challenges is a real hair-puller--but they're rare.

However, sometimes those fun platforming challenges are interrupted by combat. While Double Cross tries to make its combat seem meaningful--even offering a nifty custom combat-enhancement loadout system with new skills players can earn and equip--in practice, combat is a boring, mash-heavy slog with little player skill involved. The impact from connecting hits feels weak, enemy variety is nonexistent, and what few enemies there are in each stage are pretty easy to beat: whack the small fries with quick attack chains, stunlock the bigger dudes with heavy attacks, and occasionally use the Proton Slinger to grab and toss a projectile back at a foe.

You can gather energy from felled foes to charge up special attacks like a burst and a projectile, but their use tends to be limited. I got through the game almost never using the burst, instead hoarding my fireballs for when I knew a big annoying enemy wave was coming. Combat-heavy boss encounters, such as the fight at the end of the Reptarria level set, highlight the most glaring flaws of Double Cross' combat: you're up against a huge damage sponge that often doesn't react to your arsenal of primarily short-range strikes in a way that indicates whether what you're doing is right or wrong. Other bosses, like the battle at the end of the Gootopia stages, focus more on clever gimmicks than combat and are far more fun for it.

Another element of Double Cross that disappoints is the game's mystery theming. Zahra's cross-dimensional adventure has her finding evidence related to the attack on RIFT headquarters, presenting it to her coworkers, and using their observations to build a case and go after various bad guys. This sounds like a pretty exciting gameplay element--I mean, who doesn't like the sound of Where In the Physics Platformer Multiverse is Carmen Sandiego?--but in practice, it's simply trial-and-error. You talk and show various items to the characters inhabiting RIFT HQ until one of them reacts. There's no setback for showing the wrong thing to the wrong person--the only thing an incorrect guess does is prevent you from reaching a boss stage until you do get it right. Much like the combat, the detective aspect feels unnecessary and unsatisfying.

Had Double Cross opted to focus more on its strength--fun physics platforming--and de-emphasized things like combat and the tedious mystery-solving element, the game would have been an easy recommendation. But the weak parts of the package drag down the whole, and Double Cross winds up feeling like it's a somewhat undercooked mash of ideas. 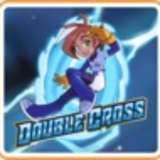 Heidi has been playing platformers since she was a youngster with her NES. (Don’t ask how long ago that was.) She completed Double Cross on the Switch. A review code for this game was provided by the publisher. 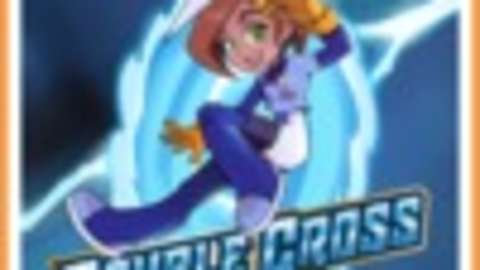