Throughout the years, the fighting game has proven to be one of the most versatile genres. Much of that versatility comes through guest characters, from The Walking Dead's villain-turned-antihero Negan joining Tekken 7, to Super Smash Bros. Ultimate's all-star cast. With DNF Duel, Arc System Works ups the ante on this idea, taking an entire game--Nexon's long-running MMO Dungeon Fighter Online--and building a fresh fighting game with it. The result is a solid brawler that, despite a mediocre story, boasts a varied roster, near-flawless online play, and a fighting system with plenty of options for newcomers and seasoned veterans alike.

DNF Duel is set in the world of Dungeon Fighter Online, sure, but prior knowledge of that game is not required to jump into this one. The source material is mostly referential, serving as a backdrop for the overarching story and characters. Each of these characters is built from one of the MMO's playable classes. Some of the characters look like they were pulled from another fighting game; the Grappler, for instance, is a dark-haired, hand-to-hand fighter wearing a martial-arts uniform, which sounds familiar. Others, like the Ghostblade and the Berserker, stand out thanks to their incredible and intimidating looks. The Berserker's red eyes, spiky blond hair, and scaly red arm make him look like an evil Super Saiyan, while the Ghostblade is doubly scary thanks to the ethereal black beast floating over his body like a Stand from Jojo's Bizarre Adventure.

The fighting system in DNF Duel is the epitome of "easy to learn, hard to master." Moves are performed by combining single directions with attack buttons, akin to the control scheme in Super Smash Bros. Normal attacks can be performed with no restriction, while special moves pull from a finite amount of MP seen in a blue bar below a character's health. MP restores over time, but using a move that requires more MP than is available will put the character into an Exhaustion state, delaying MP regeneration and weakening attacks for a short period. This sounds pretty standard and honestly, that's a good thing; it makes for a low barrier of entry for players new to fighting games. However, that simplicity sits on top of a slew of moving parts that increase the learning curve significantly.

There are two mechanics in DNF Duel that are fundamental to success: Conversion and Awakening. Conversion is an advanced mechanic that casual players might not even realize is available unless they accidentally trigger it. Conversion lets a player spend their white health--which is health that has been lost but within the window where it can be regenerated--in order to cancel all movement and restore MP, the amount restored depends on how much white health was spent. This leads to longer combos that inflict more damage, but using it at the wrong time will leave you wide open to counterattacks. Using it is easy enough--the right bumper/ R1 will activate it in a single button press--but ultimately Conversion isn't something a casual player will see from AI opponents or beginner's ranks online. If you're going to learn DNF Duel, it's essential, but if you're just here for the DFO references and something different to play, it won't affect you much.

Awakening, however, is the more universal of the two, occurring when a character drops to 30% health. Awakening not only gives access to a super-powerful Awakening attack, but also provides a boost unique to each character. Swift Master's Awakening state boosts his movement speed, while the Ranger can inflict a debuff on an opponent with every hit. While Awakening doesn't sound unique, the added twist of giving each character an unique boost makes the mechanic much more effective.

The challenge is figuring out how everything here links together, thereby creating flashy and super-damaging combos while staying within MP limits to avoid exhaustion. Each character is a giant puzzle, with each piece being a different attack, Conversion opportunity, or key movement. The in-game tutorials do a good job of giving you ideas--the combo trials are made specifically for this--but there's much more fun to be had experimenting in free training. It helps that every character's fighting style is unique as well--that variety goes a long way in keeping the game feeling fresh--but that also means learning 16 different movesets if you're trying to master every character. It's a steep learning curve, but that feeling of executing a combo in the heat of battle is pure adrenaline.

After finding your main character and mastering them, the game offers plenty to do outside of training and tutorials. Arcade mode is self-explanatory: A gauntlet of matches leading up to a powerful final boss just like the old arcade days. Story mode gives some context to each character through cutscenes, but ultimately the mode plays out much like Arcade does. For a game referencing nearly two decades of source material, I expected a more robust story mode akin to other Arc System Works games like Dragon Ball FighterZ or Guilty Gear Strive. Instead, each character fights eight battles with some cutscenes sprinkled in. I did appreciate how some keywords were highlighted during cutscenes, and I could press a button marked Glossary to learn what those terms meant. Ultimately though, the story mode is disappointing, and more importantly it's a massive missed opportunity for someone like me, who's never played DFO, to learn more about it.

The best experience DNF Duel has to offer, however, is online. The fighting game genre as a whole has seen some tumultuous times when it comes to online play, with the delay-based netcode of old making some games unplayable without perfect network conditions. DNF Duel is among the new breed of online fighters, employing what's called "rollback netcode" due to how it handles frame delay between two players, and the difference is night and day. Playing DNF Duel online is like having the person in the room with you, with no interruptions in the action throughout a match. Across numerous online matches both in ranked and unranked matchmaking, every battle played out without a single technical issue. How I personally performed in those online matches is a different story, but hey, it can be a steep learning curve.

Arc System Works continues to set a high standard for fighting games with DNF Duel, creating an experience that's both simple enough for new players and robust enough for fighting veterans. 16 unique characters offer plenty of variety, the core fighting system rewards players who dig into it, and the online offerings feel like the arcade scenes of old. I would have preferred a more in-depth story mode, but the rest of what the game brings more than makes up for the misstep. DNF Duel not only excels as a fighting game, but it also reinforces the versatility of the entire genre through its adaptation of an established IP into a whole new experience. 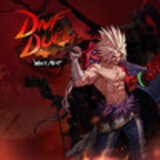 Jason Fanelli battled foes both locally and online for 15 hours for this review. He's changed his main multiple times, though he thinks he's landed on Launcher… for now, anyway.