This sequel is slow to show off its best features, but once it does, you won't want to stop playing.

When you first start playing Dissidia 012 Duodecim: Final Fantasy (a mouthful, that title), you might be struck by how little progress has been made since the first Dissidia fighting/role-playing hybrid was released. If you give it time, however, Duodecim reveals its unique strengths, building on the original in meaningful ways without sacrificing its cinematic energy. New characters, a new single-player structure, and new features (including a robust create-your-own-adventure toolset) make this another rich package, brimming with hours upon hours of colorful battles in gorgeous environments. Like in the original, every success also results in a showering of rewards in the way of currency, equipment, moves, and more. The promise of more is Duodecim's key asset, and it's a big part of what keeps you enthralled for hours on end. The obstacles hindering the joy are familiar ones: a camera that performs poorly in claustrophobic arenas and a self-indulgent story that plays out like embarrassing Final Fantasy fan fiction.

The story is, unfortunately, a key element of Duodecim, which tosses together well-known Final Fantasy heroes into a melting pot of one-on-one battles, leveling up, and inventory management. There are multiple story modes, with the primary one focusing on the heroes new to this edition: Lightning (FFXIII), Vaan (FFXII), Yuna (FFX), Tifa (FFVII), Laguna (FFVIII), and Kain (FFIV). The tale, such as it is, focuses on the continuing conflict between the forces of Cosmos (the good guys) and Chaos (the bad guys). The proliferation of enemies called manikins further complicates the heroes' efforts to bring an end to the conflict. The setup is simple enough, but the storytelling is often an excruciating mess of superficial conversations in which every character is reduced to a single personality trait. Everyone uses a lot of words to say nothing at all ("I took a risk to believe in a chance"), and they drone on about the nature of friendship as if they were quoting from Chicken Soup for the Shallow Soul. You can skip cutscenes, though doing so brings the long-ish loading times to the forefront.

Some of the changes that have been made to the story mode are immediately obvious; others are revealed after many hours. The most apparent addition is that of an overworld. You still move from battle to battle on overhead grids, but now, you navigate to those grids by trotting through fields and deserts. This new structural element adds little, muddling the previous game's already Byzantine story structure without much benefit. Nonetheless, trekking to your destination gives you time to enjoy the outstanding soundtrack, which remixes beloved Final Fantasy tunes into light piano ballads, brass fanfares, and minor-key reveries. There are roaming manikins to battle out there, as well as treasure chests to open. There are also shining spheres to attack; if you slash four, you earn a chain skill. On battle grids, these skills allow you to string multiple battles together, which earn you better rewards.

Party battles are another new feature, though it takes a while for Duodecim to introduce them. Eventually, you aren't just in charge of a single character but a group of them. In turn, you may face enemies also grouped together in parties. You can either fight parties in a round-robin format, in which you control a different character in each round. Or, you can do battle in a tournament format, in which you use the same fighter until he or she is defeated and replaced by the next one on the roster. It's a great addition that grants extra freedom and diversity by letting you use multiple characters on a single grid. Once you move to the second story mode, you must also consider such aspects as emblems, which are grid pieces that offer bonuses to you or your opponent when you initiate a battle from one. There are a lot of mechanics going on at once, but Duodecim introduces them at such a measured pace that you aren't likely to feel flooded by a deluge of information.

The fighting system has also seen some tweaks, though the basics are the same. You face your opponent on an expansive battlefield; many of them allow you to race up columns and walls, as well as grind on rails. You run across terra firma and dart through the air, and attacks differ based on whether your feet are planted on the ground or you are hovering above it. There are two attack types: bravery and HP. Bravery attacks increase your bravery point total while subtracting from your opponent's. The higher your point total, the more damage you do when landing an HP attack. Most battles are a blast in which you and your opponent dance around each other; you fire off ranged attacks and slide around rails and then come in for a few choice slashes when you see the right opening. EX attacks have returned too, halting the action and initiating quick-time events that not only do a great amount of damage, but also show off Duodecim's extraordinary good looks.

One major addition is that of assists. Landing bravery attacks fills your assist meter. When it's filled, you can call in a support character that stays just long enough to land (or miss) a few blows and then disappears from the battlefield. It's a good distraction that enables you to come in for some additional damage, though should your opponent strike your assisting fighter, your assist meter will be shut down for a short period of time. You can also initiate an EX revenge by activating EX mode while under attack. Time slows down, the screen's color washes away, and you get a limited period of time to bash on your competitor unabated. These and other tweaks make for great additions to the combat, adding some tactical complexity without convoluting the fighting system. And then, there are the new fighters, all of whom play in remarkably different ways from each other. Lightning is the most versatile and the most complex; she can switch among three different modes (ravager, commando, medic), which have their own unique set of attacks. Laguna is a weapons expert, tossing grenades or going in close for a shotgun blast. Each of these characters brings something new to the experience, and the story mode smartly has you switching among them, which goes a long way toward keeping the battles fresh.

The visuals are a key element of what makes Duodecim's battles so much fun. The new arenas look fantastic. Take, for example, Orphan's Cradle, a FFXIII-themed battlefield, in which gigantic gears rotate in the distance while you and your opponent flit between columns adorned with detailed flourishes. When characters clash, the screen erupts with color--orbs of light burst from your hands and toward your opponent, and translucent shields etched with runes fire off blinding beams of energy. There's a nice sense of impact when you strike, which is a result of flamboyant animations and crisp sound effects. Midair chases have returned, and their sense of speed and cinematic close-ups make them as exciting as ever. Unfortunately, they also highlight Duodecim's occasionally frustrating camera. In exterior levels, the camera does a great job of framing the action. In confined spaces, scuffles may occur in corners, where you might get a nice view of a wall or ceiling but have no idea what's going on. Chases in such environments are a hassle because you may not be able to see your opponent; thus, you can't time your attacks and dodges.

Groanworthy dialogue aside, the story mode is as addictive in Duodecim as in the original. Duodecim delights in showering you with gifts after every battle--and sometimes, even during. Like in every Final Fantasy game, your basic currency is gil. You use it to purchase new items: weapons, armor, and all-important accessories, which can dramatically affect your chances of winning a difficult boss battle. Another currency, called KP, is earned by meeting certain conditions in battle and completing battle chains. You spend these points by visiting the Moogles floating around in the overworld on specialty items, such as chains. You also earn PP to spend on unlockables, like new characters and stages to use in the game's other modes, alternate costumes, and even upgrades that allow you to earn rewards even faster. And through it all, your characters gain levels and unlock new abilities--some active (a ranged crossbow attack); some passive (automatically recovering from a fall). You might even create new accessories by colliding with your opponent during battle. It's new stuff all the time, and it keeps you constantly engaged.

You even unlock an entire mode--Labyrinth--in which you choose your equipment, opponents, and assist characters from a deck of cards. Then, you fight your way through battle after battle to see just how far you can get into the maze. This is Duodecim at its best, stripping away the dramatic posturing and awkward dialogue while adding a pleasant degree of unpredictability to your progression. Other modes include standard one-off battles using either preset characters or those you have worked so hard to level; multiple such battles strung together; and, of course, local multiplayer. One-off battles are as fun as ever, thanks to the variety among characters. A slow, magic-focused fighter like Ultimecia takes a short while to get a handle on if you've been enjoying the acrobatic Zidane, but she's mightily effective in the hands of the right player. The variety is balanced by consistency; the flow of battle and the various strengths and weaknesses may differ between fighters, but the controls remain fundamentally unchanged and always responsive.

Multiplayer Duodecim also adds a group battle option in which up to 10 players can meet up in a lobby and duke it out for supremacy in a tournament-style setting, one fight at a time while the others watch. Everything runs smoothly here, as it does in standard local battles, and it's a great feature should you want to host or attend a group session. It's a shame few players will ever enjoy this option, given that Duodecim doesn't offer any online play. However, if you need to practice in between bouts with your buddies, you can practice against their ghosts, which are AI characters that mimic the behaviors of previous opponents.

Fancy yourself the creative type? Then, you will enjoy another of Dissidia 012: Duodecim Final Fantasy's additions: Creation mode. Here you can create your own tournament battles and dress them up with cutscenes, dialogue, music, and more. Using the PSP's text-entry tools is time consuming, but the mode is robust and easy to figure out. You can then share your quest with your friends; though again, it's a shame there is no online connectivity. Yet, Duodecim hardly feels like an incomplete package. If anything, the amount of content is all but overwhelming. Yes, much of this content is recycled, but the longer you play, the more you discover and the more you appreciate the additions. Some of the fundamentals still need some work, but Duodecim casts a powerful net--one that keeps you trapped for hours at a time, crushing your opponents so you might earn another bangle, another dagger, and another vibrant battlefield. 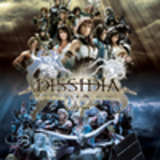