Magical Quest is a short and relatively uninspired game.

There sure are a lot of SNES ports on the Game Boy Advance. The latest is Disney's Magical Quest Starring Mickey & Minnie, which was developed by Capcom and published by Nintendo. For the most part, the Mario-style action gameplay comes across well on the tiny handheld, as do the visuals, which are at times spectacular.

The game's story is the typical cute Disney fare. Mickey Mouse and his friends are playing catch outside one day when the ball slips away. Pluto takes off after it and falls into a magical portal. Goofy offers to help, but inevitably it is Mickey who follows Pluto into the portal--which just so happens to lead into a world ruled by the evil Emperor Pete. This introduction, like the game's later cinematic elements, is rendered with a combination of still artwork and sprite animation.

Disney fans will be pleased with the game's overall look. The backgrounds are colorful, and they resemble the settings of older Mickey Mouse cartoons. The graphics aren't quite as crisp as the SNES version's graphics, and some of the backgrounds are cropped to fit on the tiny screen, but the game approaches any of the Super Mario Advance titles in terms of graphical quality. The characters are large and the animation is smooth, and there are a few background special effects like smoke distortion and mist.

By comparison, the soundtrack isn't nearly as exquisite, but it is charming nonetheless. Since there are only a few cartoon sound effects, the majority of what you'll hear is the game's music. Each stage has its own particular theme song that reflects the overall environment. For example, you'll hear jungle beats and drums in jungle areas, but underground areas will feature tunes that are more somber. Although none of the music is drawn from identifiable films or cartoons, the soundtrack still elicits the same soothing mood evoked by so much of the music in Disney's animated features.

Magical Quest isn't a very lengthy or complex game, however, and it's for those reasons that the game simply doesn't stack up to any of the Super Mario Advance or Rayman platform games. Mickey can jump, pounce on enemies, and throw items. There are also three costumes that you'll acquire throughout the game that give Mickey new powers. The magic turban gives Mickey the ability to cast magic, the firefighter outfit lets him squirt water from a hose, and the mountain climbing gear allows him to grapple onto distant ledges. You can switch between costumes whenever you like. There are portions of each stage where you'll need a particular costume to advance, but the majority of gameplay focuses on repeatedly jumping across platforms and squashing enemies. Additionally, approximately half of the game's 22 stages are boss and miniboss encounters, which means there are really only 11 or so levels.

For those 11 or so levels, though, Magical Quest is enjoyable. The activities you'll partake in vary widely, from the typical platform jumping and block puzzles you'd find in other action games to more exciting endeavors such as swimming and fire fighting. There are also shops hidden within each stage that let you purchase health, water, and magic upgrades.

Since Magical Quest is such a brief game, Nintendo and Capcom have added a few bonus features to this new GBA version. In addition to Mickey, you can play as Minnie Mouse in the single-player quest. Using a link cable, you and a friend can play against one another in four different minigames. They're nothing special--just two race events and two score challenges--but the upside is that you need only one cartridge to play them. If you own a GameCube-GBA link cable, you can upload items you buy in shops into the recent GameCube game Disney's Magical Mirror Starring Mickey Mouse. Finally, the game includes a battery save feature that keeps track of your inventory and progress.

None of these additions changes the fact that Magical Quest is a short and relatively uninspired game. Once you learn some of the cheaper tricks in each level, you'll literally be able to breeze through the entire game in under an hour. It is fun to play while it lasts, though, and children especially will enjoy the ability to assume the role of Mickey Mouse and wear different outfits. 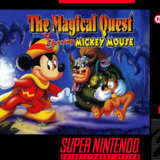 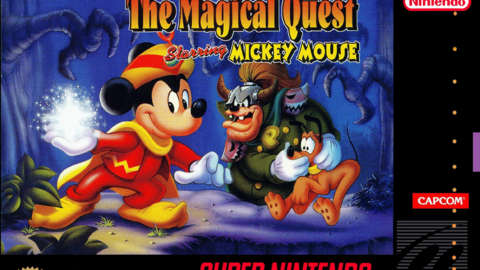 7.8
Sign In to rate The Magical Quest Starring Mickey Mouse