One hell of a good grind.

It has been a decade since the original Disgaea graced the gaming world and turned the strategy role-playing game genre upside down. While numerous sequels have introduced different casts of wacky, demonic weirdos, longtime fans of the franchise feel a particularly strong connection with the original netherworld and its three leads: the egotistical Prince Laharl, his snarky vassal Etna, and the do-gooding fallen angel Flonne. The great news is that Disgaea D2 delivers what fans have been eagerly awaiting--a continuation of the story of Laharl and friends--while also streamlining gameplay. The result is a tremendously fun strategy RPG that might just have you spending weeks on end building a demonic army worthy of any overlord.

Laharl has successfully obtained the title of netherworld overlord after his struggle against the forces of Earth and Celestia. That doesn't mean that things have calmed down at all, however. If anything, they've only gotten weirder. There's a faction of demons loyal to Laharl's late father that utterly refuse to recognize Laharl's new title and are causing trouble. There's Laharl's alleged little sister, Sicily, an angel who mails herself to the netherworld to try to take the title of overlord for herself. There's the bizarre transformation of the netherworld hellscape into a lush, flowery field, which also has the side effect of turning Laharl into a girl. And that's all just within the first few episodes.

The Disgaea series is known for its humorous slant, and while there is the occasional serious moment, Disgaea D2 sticks primarily to silliness. It's charming and clever, filled with delightfully weird moments and odd twists that put a smile on your face. It helps that the majority of the cast and settings have already been established, meaning there's less time spent telling us who these characters are and more time spent letting us enjoy the eventful daily lives of delightfully dysfunctional netherworld nobles. If you're looking for hardcore melodrama and cataclysmic events, you'd best look elsewhere; Disgaea has always valued goofiness over gravitas.

The story, however, is only a portion of Disgaea's decade-tested formula for success. Unlike most strategy RPGs, Disgaea actively encourages free-form play by opening up avenues for powering up your characters, skills, and gear to your heart's content. After a few hours, you can ignore the main plot for huge chunks of time and simply grind your demonic army up to absurd levels if you so please. The thrill of being able to build an incredibly powerful team capable of conquering the most obscenely difficult of optional quests is one of the series' biggest draws. The changes and additions to the core gameplay in Disgaea D2 result in a very fun experience for both newcomers and hardcore power levelers alike.

Combat is largely the same turn-based, grid-driven affair that you find in most strategy RPGs. You can attack, use special skills, use items, and so forth. Attacking a foe while surrounded by teammates, however, yields the possibility of a more damaging team attack with up to four characters, and attacking the same foe multiple times in rapid succession yields a damage boost. Player-controlled characters can also lift and throw allies, enemies, and certain objects to get a positioning advantage.

Those features are pretty standard for the series, but new to Disgaea D2 are mounted attacks and follow-up attacks based on characters' affinity for each other. The magichange system of Disgaea 3 and 4 has been replaced with a "mount" command that lets a humanoid character ride on a friendly monster unit. The monster handles movement and takes damage, while the human character does the attacking and uses skills (save for special mounted abilities requiring both characters). The mount system is very useful, allowing monsters to protect weaker characters while leveling and giving additional movement options. There are some drawbacks, though: mounted units can't throw other characters, and some skills are unusable while riding.

Also new to the game is a character affinity system. As you interact with characters both at Laharl's castle base and in combat, units develop affection (or, in some cases, spite) toward each other. This affects the potential for units to follow up a strike with an attack of their own, or--when defending--to step in and take damage in place of another unit. There's no faster way to wreck a relationship than to accidentally wound allies, however, and since Disgaea games feature friendly fire, you need to be extra careful where you're aiming.

There's a lot of fun to be had in the main story stages, which feature either a gaggle of strongish foes or a terrain-based puzzle that needs solving, but the majority of the gameplay lies in creating, leveling, and gearing up your army of demons. To this end, Disgaea D2 makes it easier and more intuitive than ever before to build and manage your army.

For starters, the evility and skill-learning systems have been completely overhauled. Evilities--inherent, permanent effects a character of a certain class is given--are now chosen and assigned at character creation, as are weapon aptitude boosts. Unlike Disgaea 3 and 4, where skills needed to be purchased and upgraded with mana points, Disgaea D2 returns to a system where weapon and magic skills are learned and increase as they are used, with higher-aptitude weapons leveling more quickly. Making skill learning even more engaging is a revised apprenticeship system, where units can be freely assigned an apprentice that they can pass on battle skills to. Apprentices can be swapped and assigned at will, allowing for quicker skill learning and passing of abilities onto units that might not earn them normally (such as magic skills for non-magic units).

Disgaea 3 and 4 introduced some interesting--though rather cumbersome--systems to pass on skills and boost individual character stats as you carefully leveled them up. Disgaea D2 makes managing stat boosts a cinch through demon training: you simply assign a unit to a certain type of training and earn additional stat gains from leveling up. If you want to get even more specific in your grinding, there's the cheat shop, which lets you change certain game elements at will. Have enough money but not enough experience? Take some percentage points from HL yield and put them into boosting EXP past 100 percent. Want to kill stronger enemies for better bonuses? Set the monster strength higher. You can even set certain handicaps, like being unable to cancel actions, if you want to make the game more of a challenge.

There are lots of little adjustments, too, such as the simplification of the weapon rarity/bonus system and the ability to throw units diagonally without "tricking" the game among them. Yet in some places, Disgaea D2 takes some steps back from Disgaea 4. Story scenes lack the charming character animations and flourishes that featured heavily in the previous game, with most dialogue scenes consisting of the bog-standard Japanese RPG still talking heads spouting dialogue. The removal of features like a customizable pirate ship and Disgaea 4's nifty online player-created content is quite disappointing, given how enjoyable they were. And while there's still plenty of content to keep you occupied, there's not quite as much as in previous games. You'll still lose many hours to power-leveling characters and gear in the Item World, but features like the Chara World and a distinct Land of Carnage are nowhere to be found.

Disgaea D2 is the most intuitive, inviting, and enjoyable Disgaea installment in quite some time. It might not be as feature-laden as the previous game, but the tweaks to combat and militia micromanagement make it easy to jump in and create the army of demonic demigods you've always dreamed of. If you've strayed from the Disgaea fold for a while--or you've just been waiting for Prince Laharl's triumphant return for the past 10 years--Disgaea D2 is a great return to the daily grind of netherworld life. 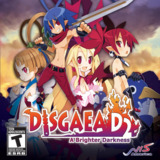 Heidi is a strategy RPG fanatic whose personal record for most time spent on a Disgaea title is 250-plus hours of Disgaea 2. For the purposes of this review, she put 45 hours into Disgaea D2, the majority of which was spent futzing with the Item World and finding ways to exploit the detailed gameplay mechanics. 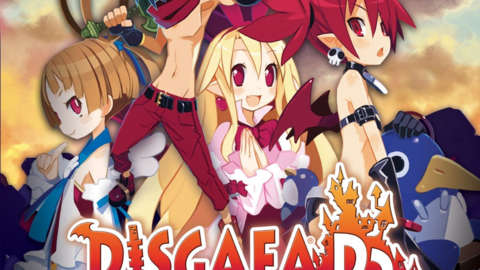 Disgaea D2: A Brighter Darkness is a strategy RPG that brings back the popular trio from the first game: Laharl, Etna, and Flonne. After a long journey with many ups and downs, Laharl finally finds himself as a full-fledged Overlord. However, the other denizens of the Netherworld do not see him as such, so he sets out on a journey with his loyal(!?) vassals to receive the respect he deserves.

8.7
Sign In to rate Disgaea D2: A Brighter Darkness