Psygnosis has done a beautiful job of bringing Pratchett's entertaining world to the realm of electronic gaming.

Terry Pratchett, the British master of humor-fantasy-fiction, has written 18 novels in the Discworld series (most recently, Feet of Clay published by HarperPrism), and Psygnosis has done a beautiful job of bringing his entertaining world to the realm of electronic gaming with Discworld II: Mortality Bytes!. "Entertaining" is the key word here: If you don't expect Dostoyevsky, you may unexpectedly find yourself with ribs sore from laughter.

As with most all point and click adventures, you take possession of a vehicle body and go on a confounding quest for obscure objects used to help solve a massive puzzle. What keeps Discworld II one step removed from this process is its sardonic wit. In Discworld II you become Rincewind, a dour wizard who needs to find three sticks, a drippy candle, an odor, and mouse blood so that a spell allowing the spirits to separate from the bodies of the deceased can be cast . One thing leads to another (as things usually do in adventure games), and the quest becomes compounded by mallet yielding monkeys, a protesting co-ed, a miniature Casanova, and even the sugar-coated steed of Death. Rincewind keeps all this in the proper perspective, lending his dry commentary to the proceedings. And if his banter reminds you of an episode of Monty Python's Flying Circus, it's no wonder. All the musings and interactions of Rincewind have been masterfully narrated by Monty Python's own Eric Idle.

All this fun does bring some bulky baggage. The dialogue between the characters is a bit prolonged. The puzzles do require a free-form, dadaist type of other-worldly concentration, but there are clues aplenty. Rincewind will even provide his own brand of "wink and nudge" at times, but mostly for the more obvious puzzles.

Discworld II leans closer to being an interactive cartoon than anything else, a sort of Who Framed Roger Rabbit with a boastful 100 hours of gameplay. And if you choose to buy the hint book and simply enjoy the ride, well, what's the harm? It's a pip! 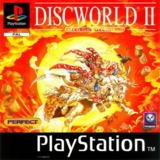 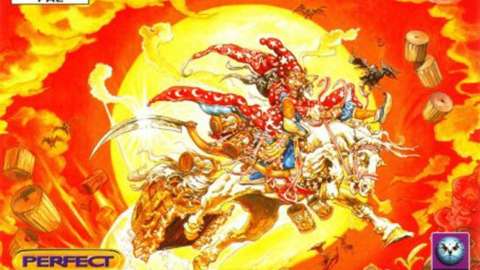 Psygnosis has done a beautiful job of bringing Pratchett's entertaining world to the realm of electronic gaming.