If you have any interest whatsoever in off-road racing you'd do well to take this beautiful and thrilling game for a spin.

In Dirt 2, you assume the role of an up-and-coming race driver who's competing on the off-road circuit against such pros as Ken Block and Travis Pastrana for the first time. That's a daunting prospect, but one of the many great things about Codemasters' latest racer is that you can have a lot of fun with it and end the lengthy Dirt Tour career mode a champion regardless of your skill level. Your opponents aren't pushovers; in fact, they put up a believable fight from start to finish, but the vehicle handling and damage is forgiving, the difficulty level can be altered before every event, and a slick flashback feature gives you the option to instantly replay portions of a race if you make a mess of it. Dirt 2 isn't as realistic as some of the other excellent off-road racers that have come before it, but it's as accessible and exciting as any of them.

Your career gets off to an auspicious start when you're presented with your first car: a Subaru Impreza that belonged to the late, great Colin McRae. Like all of the 35-plus cars in the game, its performance is measured in ratings from one to 10 for acceleration, top speed, and handling. Your rides are relatively slow as your career gets underway, but as you move up through the ranks, you get to upgrade them; not one part at a time, but with the purchase of kits designed for different event types. Those upgrades are mandatory, but you also have the option to tinker with settings before each race, and the good news is that even if you don't know your downforce from your differential, there's a good chance that you can do so with some success. That's because there are only seven variables, which are all clearly explained to you, and there are only five different settings for each. It's not deep, but it's fun to play around with, and any changes that you make are immediately noticeable once you get behind the wheel.

Regardless of whether you're driving a rally car, a trophy truck, or a buggy, Dirt 2's responsive controls are up to the job of keeping your wheels where you need them to be as you navigate tight corners, big jumps, expanses of shallow water, and transitions between loose surfaces and tarmac. Every vehicle in your ever-expanding garage handles differently, but not so much so that climbing out of one and into another is ever jarring. All of the vehicles look great (both inside and out), can be customized with different unlockable liveries and interior decorations, get covered in great-looking dust and mud as you drive them, and can be damaged and deformed beyond recognition if you lose control even for a second. You can choose to play with damage that's purely cosmetic or that'll have an impact on your car's performance, though it's worth mentioning that even if you opt for the latter, the adverse effects are quite minimal. Sure, a wobbly wheel or a damaged engine will slow you down a bit, but you're never going to be limping around the track and fighting to keep yourself moving in something resembling a straight line. It's possible to total your car if you crash headlong into something at high speed, but even that doesn't necessarily have to mark the end of your race if you haven't used all of your flashbacks already.

Depending on which of the six difficulty levels you're racing at, you have up to five flashbacks at your disposal that you're free to use at any point during a race. Using them could hardly be simpler; you pause the game, initiate an instant replay of the last 10 to 15 seconds, and then resume playing from any point. While not entirely original, it's a great system because even minor mistakes can be extremely costly when you're racing at speeds well in excess of 100 miles per hour with your tires clinging to the very edge of traction. Having to start one of the lengthier eight-lap races over because of a small error would be frustrating, and while the flashbacks might seem like cheating, knowing that you have them at your disposal encourages you to push yourself rather than just get to the front of the field and then drive more cautiously to the finish.

Because your opponents in Dirt 2 want to get to the front of the field just as badly as you and they drive in an impressively believable fashion, you might even use flashbacks as a result of their errors from time to time. Sometimes the AI drivers will collide with you or impede your progress just by getting in your way; at other times, they'll have their own spectacular crashes and you'll have to act quickly to swerve around them. Opponents are less of an immediate concern in the staggered start rally stages, but in just about every other event type, you're going head-to-head with up to seven other drivers whose attitudes toward you (and comments during races) become increasingly respectful as your career progresses. The concept of you having relationships with the other drivers on the tour is an interesting one, but it feels a little tacked on because their development is linked only to your results rather than to how you drive. Forcing opponents off a track into the side of a building should at least be grounds for them to get angry, but once you've befriended them, their only response to your blatant disregard for their safety during an overtaking maneuver is to ask if you're OK.

A more successful element of the Dirt Tour career mode is the way that all menu navigation is handled from within your RV and in the area immediately outside it. This first-person menu system not only adds to the feeling that you're a pro race driver taking part in a world tour, but it also lets you seamlessly navigate both the single-player and multiplayer modes without ever breaking that immersion. For example, the desk in your RV is where you pick your next event on a world map. If you turn to your right, you can step out of the RV to look at the vehicles in your garage, purchase new ones, and check magazine covers for news on the progress that you and any of your friends with a copy of the game have made. If you turn to your left, you find a notice board on the wall where all of the multiplayer options are listed. Sadly there's no split-screen functionality, but the online options are impressive to say the least.

Every event type, track, and vehicle that appears in the Dirt Tour can also be selected online. Point-to-point and circuit-based races, as well as staggered start rally stages, are joined by a couple of more inventive modes that, while relatively rare occurrences in single-player, could well end up being the most popular online. The best of these is Domination; in this race, points are awarded not only for your finishing position but also for recording the fastest times in any of the four sectors into which every track is divided. The same number of points (10 for a win, eight for second place, and so on) is available for each sector and for the end result, which makes it entirely possible to win a Domination event without even placing on the podium. That's great because, unlike regular races, it gives you an incentive to keep trying even if you wipe out (or get taken out) on the first corner and have little hope of catching the rest of the field. Last Man Standing is a fun event as well, though because the driver in last place is excluded every 20 seconds after the first minute has passed, finding yourself at the back means you subsequently have to spend a couple of minutes watching your opposition in spectator mode.

Given how superb both the cars and the various environments they race through look, it's impressive that the frame rate rarely falters online or offline. The sense of speed is great, whether you're racing through a jungle in Malaysia, across the Utah desert, on the streets of London, or inside a Los Angeles stadium. The attention to detail at all of these locations borders on excessive given how little time you have to take in the scenery, but it makes watching the action replays all the more satisfying--even if there's no option to save them. Dirt 2's audio design is also worthy of praise because while much of your time is spent listening to the awesome revving of your engine and the energetic soundtrack that plays anytime you're not racing, there are also ambient noises to listen out for at every location and the cheer of spectators as you pass them. Perhaps the most impressive audio of all, though, comes courtesy of your codriver who, anytime you take part in a rally stage, does an excellent job of telling you what turns and hazards you're approaching. He or she (you get to choose) does so well that, unlike during other events held at the same locations, you hardly ever feel the need to glance up at the minimap of the course. Furthermore, your codriver will react believably to your driving, so if you slam sideways into a wall, you might hear a scream, while after brushing against a tree, you might be reassured that your car suffered only a scratch.

It's not details like these that make Dirt 2 such a superb racing game though. What makes Dirt 2 so special is the fact that its multiple difficulty levels and forgiving gameplay mechanics make it accessible to newcomers while offering a significant challenge for veterans of Codemasters' Colin McRae Rally series and other off-road racers. There's also the single-player mode that spans no fewer than 100 events (often comprising multiple races), a suite of multiplayer options that includes plenty of different modes and leaderboards, and, of course, your sweet RV, which fills with souvenirs from all of the locations that you race at as your career progresses. If you have even a passing interest in off-road racing, you won't regret a second spent behind the wheel of Dirt 2. 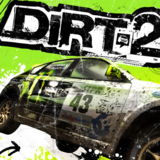