Devil May Cry has successfully captured the twitch-based, relentlessly free-flowing gameplay style of so many classic 2D action games.

Capcom's notion of what's cool--a concept on which its PlayStation 2 action game Devil May Cry was built--may not find complete synergy with today's gaming audience. In fact, much of Devil May Cry's aesthetic presentation is rooted in stereotypical gothic and cheesy '80s metal imagery. But beneath that overstated surface is one of the most interesting and generally entertaining 3D action games in recent years. Perhaps for the first time in the 3D action genre, Devil May Cry has successfully captured the twitch-based, relentlessly free-flowing gameplay style of so many classic 2D action games.

In Devil May Cry, you assume the persona of Dante, the half-human, half-devil son of a legendary dark knight known as Sparda. A powerful and malevolent ruler of the underworld, whom Sparda vanquished 2,000 years ago, has awakened and, although Dante doesn't quite know it at the game's onset, he--like his father--has been chosen to defeat this evil being. At his aid, at least for portions of the game, is a beautiful woman named Trish, who invites Dante to Mallet Island, a gateway to the netherworld. The game's story, and much of its script for that matter, draws heavily from tired clichés and presents generic plot points. But as Dante descends into the grimy underworld--a great place for blasting a wide variety of demons--it becomes clear that you must accept the game's formulaic story to fully appreciate the fine-tuned gameplay that it veils.

Perhaps Devil May Cry's greatest gift, in gameplay terms, is its highly intuitive control scheme. It is one of those rare games in which simply moving the character around the screen and performing various attacks is innately entertaining. Blasting Dante's dual handguns, which are amusingly named Ebony and Ivory, in rapid succession or double-jumping through some of the game's open areas is simply a lot of fun. Throw in a variety of opponents, including everything from hovering marionettes to ruthlessly persistent, lava-spewing demon spiders, and Devil May Cry becomes one of the most entertaining action games in gameplay terms alone. In practice, the responsive controls mean that the more adept you are with the game's control scheme, the quicker you're able to dispose of the demonic enemies. Once again, like classic 2D action games, Devil May Cry rewards the skillful game player.

Devil May Cry has been cleverly designed, in harmony with the fast-paced gamplay and control scheme, to challenge the player with a steadily increasing learning curve. The gradual unlocking of a variety of weapons and moves, which are secured by bartering mystical red orbs that are collected by disposing of evil souls, means that in general, your strength increases in precise concert with the game's overall difficulty level. Dante is superquick and is able to perform a myriad of attacks, but his enemies are powerful and are generally highly skilled at disposing aspirant demon hunters like our hero. This is another essential success of Devil May Cry, as it keeps you involved in the flow of the game and is constantly challenging without becoming frustratingly so. Devil May Cry will challenge even the most capable game player, while its easy automatic mode, which is unlocked after you finish the first mission, makes the game accessible to players of varying skill levels. In either case, both the intensity and the difficulty build gradually, as the game culminates almost predictably in an epic and multitiered final battle.

The final stages, although still quite entertaining, also produce the game's few failings. Without giving away the ending, it's safe to say that the game loses its direction, branching into a variety of different genres, some quite unnecessary. The game's final sequence almost feels forced and artificial, as it strays from the game's general course. Also, despite the drawn-out conclusion, Devil May Cry's difficulty level reaches a plateau near the end and isn't nearly as challenging as it could have been.

Another issue that some may have with Devil May Cry is its fixed camera angles. As surprising as it sounds, Devil May Cry began its life as a Resident Evil game, and although it has grown out of the confined conventions of the survival-horror genre, it has retained the static cameras of Capcom's zombie-infested series. Like in Resident Evil, you'll sometimes find yourself blasting away at unseen enemies who are outside the camera's view. Also, at times--although this is relatively infrequent--you will find yourself battling the analog stick and reorienting your sense of direction after a quick camera switch.

Still, the camera issues are not overbearing on you and are generally dealt with quite ingeniously. Usually, the camera is positioned farther from the action than in the Resident Evil games, for example, so that you are given a greater field of view. Also, Dante is quite adept at auto-aiming, which means that even if enemies are not visible onscreen for a few seconds, they're still being battered by the rapid fire from Dante's dual handguns. Besides, the fixed camera angles let you appreciate Dante's fluid and ultracool movements and are useful in showing panoramic views of the game's gorgeous environments.

Devil May Cry is no one-trick pony, and its outstanding gameplay is complemented adeptly by some of the most stunning visuals yet seen on the PlayStation 2. In terms of the game's environments, once again, the Resident Evil influence is vaguely visible. The castle in particular, with its spiral staircases, open courtyards, and stone columns, is reminiscent of the mansion in Resident Evil. Still, in Devil May Cry, the environments have received a healthy dose of texture detail, as the stone walls of the aged castle show cracks and subtle hints of wear and stained glass windows are adorned with elaborate designs. In fact, some of the locations in the game are almost awe-inspiring. Much like in Sony's ICO, there are some areas in Devil May Cry, like the deck of an intricately detailed submerged pirate ship or the black-and-white décor inside a church setting, that you will want to revisit just to gawk at the magnificent scenery. Environmental visuals aside, the characters, although a bit ragged around the limb joints, are generally nicely modeled. Plus, they all move with a graceful fluidity.

In fact, the animation is perhaps the glue that coagulates the convincing synergy between the gameplay and graphics in Devil May Cry. Dante's transitions from one animation to another are done convincingly and with the utmost of ease. The game's signature move, which involves Dante slashing his opponents up in the air with his sword and keeping them suspended with the rapid fire of his handguns, is a perfect example of the game's ultrasmooth animation. But Dante isn't the only character gifted with effortless animation. The variety of demons also moves at a fluid pace. For example, the shadowy feline--which appears near the beginning of the game--twists, turns, and contorts its body into a variety of shapes, all the while moving freely and naturally through the battle area.

Much like the animation, the game's music is quite adaptive to your actions. While engaged in battle, the music transitions to a faster, guitar-heavy vibe, but as Dante swiftly explores the game's environments, the music becomes understated, as the sound of Dante's footsteps and demonic wails fill the air. Still, although the game's soundtrack matches the in-game action and its general visual theme, the guitar-heavy riffs may not be to the liking of some.

Devil May Cry isn't the type of game that will provide countless hours of gameplay--in general, it will take a little less than 10 hours to complete on the harder difficulty levels. And other than the challenge of the increasing levels of difficulty, there really isn't much replay value to speak of. Still, for those hours that you will play Devil May Cry, you will enjoy every second of it. Those able to look past the overly dramatic voice acting and superficial story will find themselves being utterly enveloped by the stunning visuals and, in particular, the engrossing and satisfying gameplay. Devil May Cry generally lives up to its considerable hype and is one of the PlayStation 2 must-haves for fans of the action genre. 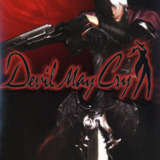