A few decades from now, or so goes the story in Deep Black: Reloaded, the various nations of the world will have formed alliances so that they can more effectively wage war against one another. In that grim future, a retired soldier named Pierce accepts a mission to infiltrate an enemy compound and rescue some hostages. As he arrives on the scene, though, he realizes that he's working with faulty information. There are no hostages. Instead, he discovers a terrifying new weapon that is secretly being developed in a militarized research lab. He has to shoot a lot of bullets and swim a lot if he intends to find out who is responsible for everything.

Deep Black: Reloaded had real potential. Pierce's early missions require him to swim through underwater passages, manipulating water flow and triggering explosions like a proper saboteur. The submerged corridors make for a promising start to this adventure, and the visuals are quite effective (until you realize that you're seeing the same few things throughout most of the game). Enemies are animated surprisingly well. Waterlogged passages feel appropriately murky and bubbly, laboratories suitably sanitary. Freight tunnels give you the sense that industry might happen in such a place, with cranes and sparking wires and plastic tubing and control panels lining concrete walls. It's all generic, but to its credit, most of it is believable.

The inoffensive gives way to the exasperating once you start working through the game, however. Deep Black: Reloaded is a cover-based shooter, in the vein of a Gears of War or Uncharted game but with the sort of subdued execution associated with budget titles. Environments are filled with shelter--crates, stone columns, and vehicles that look like they rolled out of Detroit in 1980--and you're cut to ribbons if you leave yourself exposed for more than a second or two in a firefight. After spending half of the game's first act underwater, you mostly keep dry as you advance from one shoot-out to the next like a suicidal frog leaping along a series of hot griddles.

Frequent firefights wouldn't be the issue they are if the cover system weren't such a mess. Pierce moves as if he has been equipped with ten-ton armor. Even when he somersaults forward in an evasive maneuver, the effort feels halfhearted. While cover is plentiful, there are stretches where the next crate or pile of debris is out of reach. Enemy troops often wait to attack until the number of options for cover is at its lowest, so Pierce sometimes has no choice but to absorb a few shots as he seeks shelter. Then you must wait for 10 or 15 seconds, hoping that Pierce doesn't take damage while his life meter--indicated on the screen by blood that seeps in from the side as he soaks up shrapnel--slowly refills. Unfortunately, particularly later in the game, most of the architecture can't protect Pierce from all of the enemy gunfire. Unless he quickly takes out foes who try to flank him, there's no relief.

The issues with cover are excerbated by the fact that it's difficult to go on the offensive. Pierce can't pop out from cover for very long if there are three guys ducked behind crates ahead of him, since their retaliatory shots almost never miss. Likewise, he can't rely on blind fire because such bursts almost always miss, and Pierce sustains substantial damage as enemies shoot his exposed fingers and wrist. To throw a grenade, he must slowly stand up and lob it in the desired direction, a process that leaves him open to damage for several painful and potentially fatal seconds. Every grenade toss is a gamble, and guns aren't a lot better; the only time a target reticle appears onscreen is when Pierce is exposed to fire, so the rest of the time you need to adjust the camera and guess where the reticle might appear once Pierce risks some shots. Enemies move around a lot, and they can withstand significant damage before they drop unless you're taking them out with headshots.

Assuming that you find a good point of cover and enemies are playing fair, you still run into issues. Unlike his enemies, Pierce is seldom able to move around while maintaining cover. If he finds a lengthy crate or vehicle and decides that he'd prefer to be a little further to one side or the other, he tends to rise from a crouched position. He doesn't quite stand, but he still makes himself a tempting target. When he pops out from behind cover to spray an area with bullets, it's also possible that he'll turn slightly and then won't be able to duck down until you spin the camera around to produce the required button prompt. In other circumstances, enemies rush through the gunfire in an attempt to perform a melee attack. Pierce can remain behind cover while they approach, but then he has to expose himself to deal with them when they get near. When he stands up to knife them, he exposes himself to shots from surrounding enemies and turrets during the whole drawn-out animation. Then he might not even be able to duck back down again until you spin him around to produce the appropriate button prompt once more.

Such sequences are cheap and frustrating. In one case, Pierce arrives along the edge of a relatively open area. In the distance, groups of gunmen hide behind crates and attempt to pick him off as Pierce trots toward a crate or disabled vehicle. He ducks behind it and then pops up occasionally, and you have to hope that you guessed right and have targeted the right place so that Pierce can fire a headshot before ducking back behind his shelter. Then a flying vehicle arrives. It hovers overhead, pelting Pierce with shots. The only way he can deal with the new threat is to abandon his cover and fire shots quickly while taking damage from enemies who are merrily firing at him from their shelter on the distant scaffolding. The game offers several difficulty levels, and you might suppose that some of the problems go away if you play on the easiest setting, but they don't; the cover system remains faulty, and many of the set pieces are sure to frustrate even when enemies take 10 shots to kill instead of 12.

Unfortunately, the underwater sequences that had the potential to add something to the experience fail to do so because they're poorly utilized. In the early missions, Pierce mostly just swims from one gate to the next and hacks distant computers by hitting them with his grappling gear. Occasionally, he's attacked by an underwater robot, but you can just mash a button a few times and Pierce knocks it away. Elsewhere, Pierce must swim through passageways filled with homing mines that explode to inflict damage, but he can stop periodically and wait for his energy to refill before proceeding.

When Pierce does find a real challenge, he often has to wrangle with multiple underwater drones while attempting to program one to fight on his behalf. The process requires Pierce to grapple an available drone and then maintain that connection for several seconds while counterprogramming magically occurs. Unfortunately, Pierce has to start over if he takes damage from any drone in the vicinity while the hacking effort persists. The drones are also good at quickly retreating out of range once they are lassoed, and the camera adds another complication by going berserk when you have to negotiate confined underwater passages. You often find it pointing toward a ceiling or a wall, rather than toward the unseen threat that is rapidly draining Pierce's life meter.

Occasionally, Pierce gets a break from the shoot-outs and the dives so that he can battle a giant mech of some sort (usually, it's just a giant crab that walks around and fires machine gun bursts or rockets). These encounters can be tense until you figure out which piece of cover Pierce should use to survive. Then victory is all but assured. The only real difficulty in such encounters comes from the need to switch weapons, since for some reason Pierce can't duck if he pulls out a rocket launcher.

Deep Black: Reloaded is guilty of a variety of smaller offenses, as well. Those minor issues feel more substantial than they might in another game because here they're complementing what is already exasperating core design. Examples range from a story that is told almost exclusively through dull exchanges of dialogue on radios, to chatty bullet fodder enemies who shout out phrases like "I'm changing a clip!" and "Let's flank him!" when Pierce is the only other person in the vicinity, to over-the-top screams of agony as goons finally fall in a hail of gunfire. Ammunition is also in short supply, which sometimes means Pierce is left to try to clear out a room with a weak weapon that never runs out of rounds but doesn't deal enough damage to matter.

Checkpoints keep track of your dwindling ammo supply, just in case you hoped that death would spawn you in a nearby corridor with a full clip. Those checkpoints are placed almost at random, sometimes just before a tedious sequence where Pierce can't even die, which is then followed by a challenging segment where he's almost certain to fail a few times. There are a bunch of missions in the game that are spread out across five acts, yet the environments and objectives quickly blur together to form an unmemorable mess. An online competitive mode has the potential to add longevity, but only if you can find a match (good luck with that). It's no great loss, however: there are enough superior options available at this point to make Deep Black: Reloaded a release that you should just forget about entirely. 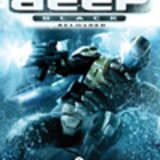 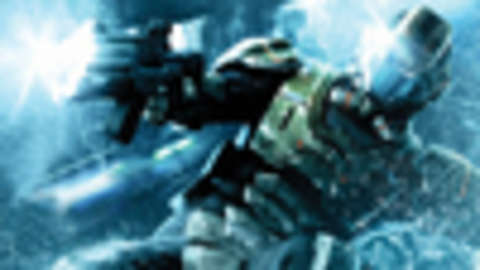 Deep Black: Reloaded is set in a desolate near future of global terrorism and espionage as players become involved in a desperate fight for world supremacy and the possession of a sophisticated biological weapon