Dead Rising veterans might see a downsized port, but for newcomers this is an enjoyable horror-themed action game.

Dead Rising: Chop Till You Drop is like a film adaptation of a classic book. It resembles the original in the most important ways, but a few drastic changes have made it something of its own. Fans of the Xbox 360 original may balk at the changes and downgraded visuals, but those unfamiliar with Dead Rising will find a pleasingly action-packed game here. The free-roaming zombie-slaying of Dead Rising is unique on the Wii, and even though Chop Till You Drop has its fare shair of flaws, it's a welcome addition to the console's increasingly mature library.

The story follows freelance photojournalist Frank West as he investigates the zombie invasion at the Willamette mall. Within minutes of arriving, Frank leverages his returning helicopter ride to get information out of some secretive DHS agents. By his second day in the zombie-infested complex, Frank is knee-deep in conspiracy theories, needy survivors, and of course, brain-hungry zombies. The story tries to take itself seriously--there's a commentary on America's war on terror in there somewhere--but the hammy voice acting and poor writing give it a campy vibe.

The campy silliness doesn't end with the story; the gameplay provides hours of laughs. Ever wonder what kind of sound it would make if you hit a zombie with a parking cone? Ever have the desire to dress in children's clothing while slaying undead? With hundreds of items to use as improvised weapons, and several dozen bizarre clothing selections, Dead Rising: CTYD has plenty of options to make your ridiculous horror fantasies come true as you bash your way through hordes of undead.

As a scaled-down port, CTYD seems like it has a one-step-forward, two-steps-back design. The developers fixed a number of issues from the 360 version, but created some more in the process. One of the most common complaints leveled at the original game was that its single-save system caused unnecessary frustration. With only one save slot, rescuing every person and completing every mission took some considerable time-management skills, and consequently multiple play-throughs were almost a must. The Wii version gives you multiple save slots, but it also ditches the hectic seat-of-your-pants flow for a more manageable, linear structure. The option to have multiple saves is still welcome, but it's not really necessary, given that you'll tackle each mission one at time. It also highlights the repetitive nature of the original missions. The fetch quests didn't seem as tedious on the 360 because you could juggle more than one at a time. Chop Till You Drop requires constant trips to and from the security room to pick up new missions.

In addition to multiple save slots, the Wii version of Dead Rising comes packed with new zombie enemies that are slowly introduced throughout your time in the mall. New foes, including giant stun-gun wielding zombies and deadly accurate gun-toting zombies, spice up the action and keep you on your toes. Unfortunately, the most common of the additions--zombie poodles and grenade-dropping parrots--could be in the running for the most annoying enemies in game history.

At some point during his transition to the Wii, Frank has lost the ability to jump, which severely hampers his zombie-evading skills. The developers use this to their advantage by creating roadblocks in the form of stacked boxes and velvet ropes throughout the mall. In theory it's a great way to work around system limitations because it funnels you through crowded paths that make it seem as if there are more zombies shuffling the halls than there are. But in practice it can make navigating the mall a pain, especially at night when you can't see the roadblocks until you're up against them. Chop Till You Drop also removes the photography element from the 360 game. It's not a terrible omission, but it is odd that Frank still runs around with his camera in his hands at all times.

Perhaps surprisingly given the game's title, using guns rather than melee weapons is often encouraged in Chop Till You Drop. Unlike in the original, guns can be kept indefinitely after they've been purchased from Cletus at the gun store. Zombies drop bullets and money when killed, so there's lots of incentive to blast away. The over-the-shoulder aiming works beautifully here, and it makes dispatching large groups of zombies easy. Melee weapons are not as useful as they once were because you can carry only one, but having unlimited access to a room-clearing shotgun makes up for that.

Controls work excellent while shooting, but they can be a bit rigid elsewhere. Despite his quick 180-spin maneuver and the fact that he automatically swings in the direction of the closest zombie when flailing a melee weapon, Frank still gets bitten in the neck more than he should. Mercifully, the developers have made the motion controls for basic melee use optional, so you won't have to flap your arms hundreds of times just to get down the hallway.

As expected, CTYD is a step down graphically from the original. The in-engine cutscenes from the 360 version appear here as prerendered scenes. It's nice to have them, but they are a bit blurry and they create some inconsistencies where Frank's outfits and the zombie headcount are concerned. The visuals are above average for the Wii and, aside from some frequent zombie pop-in and fuzzy textures, the Willamette mall looks good. The frame rate generally does a good job of keeping up with the action as well, so you don't get to blame slowdown if a zombie makes a meal of your gray matter.

The fantastic sound design from the original made the transition to the Wii mostly intact. From the dull thud of a pipe to the thwack of a golf club, most of the weapons have their own unique sound, though they don't sound as powerful coming through the Wii Remote speaker. Like in the original, the voice acting is horrible, though the frequent nonsensical strings of dialogue are funny in a seemingly unintentional way.

It's easy to tell that the original Dead Rising wasn't built with the Wii in mind. As a port, Dead Rising: CTYD is only a shadow of the original. However, on its own, it's a fun action game with a few nagging problems. There's potential here for a great Wii franchise, but it's going to take more than a shoehorned port for it to really shine. 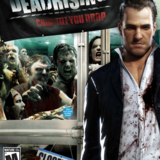 Dead Rising: Chop Till You Drop
Follow
$25.00 on Amazon
Buy