Zombies. Whether you love them, hate them, or are just plain sick of them, the ubiquitous undead have carved out a sizable niche in the world of video games. Unlike most monsters, zombies have very little in the way of defining characteristics, so they can be fast or slow, whole or mutilated, legion or solitary, hapless or superpowered--as long as they look like they were once people, you're pretty much set. Dead Nation serves up all of these vicious varieties and more, challenging you to blast your way through thousands of zombies while navigating a postapocalyptic city. Though your foes may be familiar, the detailed environments, upgradable weapons, and hidden bonuses make it rewarding to explore each area alone or with a friend in local or online cooperative play. Straightforward gameplay mechanics and thoughtful design touches combine to make Dead Nation a very fun game, proving there is still plenty of life in shooting the undead.

So what caused the zombie apocalypse this time around? A mysterious virus, it seems, and Dead Nation kicks off after weeks of societal meltdown. You leave your safe house and enter zombie-infested streets that bear scars of desperate resistance. Abandoned army vehicles, makeshift barricades, piles of bagged corpses, and signs painted on bedsheets tell the tale of the city's last stand, and the dark, moody lighting looms over you as you navigate the dangerous streets. Your flashlight cuts through the darkness, casting long shadows and illuminating the richly detailed environments. Ominous sound effects round out the impressively grim atmosphere, setting a great stage for your fight for survival.

You move through the levels using the left analog stick and aim your gun and flashlight with the right. Your primary gun is a rifle with unlimited ammunition and a laser sight, and it has the excellent ability to charge up a power shot. If you hold down the fire button until a chime sounds and the laser sight thickens, you unleash a shot that tears up any zombie it passes through (as opposed to just stopping at one). Funneling a crowd of zombies into a narrow alley and decimating them with a few charged shots is viciously satisfying, and taking out tougher zombies with just one shot is immensely helpful.

As you progress, you gain access to new weapons that you can purchase from the weapon stores sprinkled throughout each level. These include standbys like a submachine gun and a shotgun, as well as more creative items like a blade launcher and a lightning gun. Projectiles tear through zombies with juicy squishing noises and spurts of blood, while explosives send body parts flying across the street. The powerful weapons, gory visuals, and grisly sound effects ensure that killing zombies continues to be a satisfying sensation throughout the game.

In addition to sheer satisfaction, killing zombies earns you money and multiplier points that help improve your standings on the online leaderboards. You can also find these rewards in the trunks of cars or in hidden chests throughout each level. It's rewarding to loot as many of these places as you can, but sticking your head into out-of-the-way nooks is a good way to get ambushed by zombies. Fortunately, a few bullets into the side of any intact car turns it into a ticking time bomb. This is especially useful when the car's alarm is still armed, because the zombies will flock to the noise (even undead abominations want to destroy car alarms). Hidden armor upgrades and health-dispensing vending machines provide further incentive for diligent exploration.

With the money you earn, you can purchase new weapons and items, as well as upgrade your current arsenal. Increasing a gun's rate of fire, damage, or clip size has a noticeable effect in combat, and packing more grenades is never a bad thing. Larger blades for your launcher cut a wider swath through the undead ranks, and increasing the number of times your mines can detonate is a great way to thin out a pursuing horde. Upgrading weapons is key to your survival, because Dead Nation is not an easy game. The zombies swarm faster and become more numerous as you make your way through the varying levels, so expect to face tougher foes on the freeway than you did outside the hospital. Flesh-and-bones zombies come at you in teeming masses, and though the fat biker zombies start slow, they break into a run when you shoot them and pack a mean punch. If you are beset by the undead, you can unleash a melee attack to get yourself some room, or charge out of the crowd using your rush ability. Both of these skills are desperate last measures at best, and the best defense is to keep a safe distance from your assailants.

However, Dead Nation often throws zombies at you from every angle, so the area you just cleared might suddenly be thick with enemies. Though this happens often enough that you won't really be surprised, it's amusing the first time you see a posse of zombies fall off a roof en masse and then slowly get up and come after you. Switching weapons and using items quickly and confidently is crucial for survival, and though you may throw two grenades instead of one or overshoot your preferred weapon once in a while, the controls are sharp enough that you won't feel the urge to blame them when you die. If you need some help surviving, or just want some company, you can play Dead Nation cooperatively with another player either locally or online. Joining up for an online campaign is easy, though searching for a standalone mission is less likely to yield immediate results, and you can't tweak the mission or difficulty level once you've connected with another player. Once connected, the game runs smoothly and blasting zombies is as fun as ever.

For all of its murderous thrills, Dead Nation doesn't exactly demand to be replayed. You can strive to get hit less often, thus preserving your multiplier and upping your score, or you can take on a tougher challenge at a higher difficulty level. Yet once you've torn your way through hundreds of armored foes and a handful of specially powered zombies in a few seconds using your fully upgraded arsenal, it can be hard to go back to the beginning. Contributing to your country's total kills and watching the internationally tracked totals tick up can be neat, but even with a lengthy, 10-mission campaign, the $14.99 price point still feels too high. Nevertheless, your journey in Dead Nation is an undeniably satisfying one, rich with bloody-good fun and dripping with atmosphere. You may think you've shot enough zombies to last yourself a lifetime, but Dead Nation offers so much morbidly lively action that it would be a shame to pass it up. 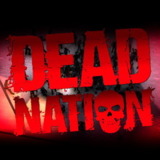 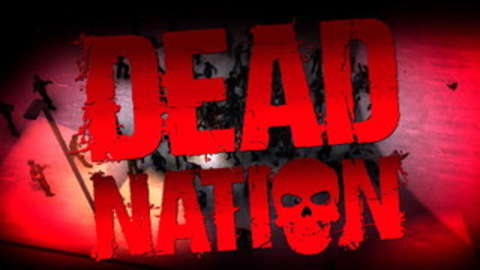 Blast your way through zombie-infested streets, buy powerful new weapons, and survive alongside a friend in local or online cooperative play.