Propelled by its success in the arcades, Daytona USA was one of the first titles released for the Saturn. It was a good game to showcase the system's capabilities, though the graphics could have been better, the frame rate higher, and the "pop-up" rate lower. Sega Sports has done its homework, and with Daytona USA Championship Circuit Edition, they deliver a very impressive sequel that greatly improves upon the original.

This newest Daytona features two new tracks (as well as upgraded versions of the original three), four new cars, remixed music, and, at long last, a two-player mode. In fact, the two-player mode alone adds a tremendous replay value. Not surprisingly, the four new cars have their strengths and weaknesses - for example, one car might have tire-burning acceleration but a low top speed, while another might have killer traction but snail-like acceleration. And like every other good racing game, players can pick either a manual or automatic transmission.

Graphically, Daytona USA CCE blows the original away. The frame rate rips up the tracks at 30 frames per second, making the action smoother, the animation more life-like, and the textures more vivid - and "pop-up" is virtually a thing of the past. Drivers will thrill to the four different views, which can be changed on the fly, and all-new new crash sequences. Watch especially for devastating flips and rolls - complete with shooting sparks as parts of the car slam into the walls of the track.

For players who are interested in racing simulations with realistic driving physics and crash behaviors intact, this game will have a few minor shortcomings. But for those who don't mind bending the laws of physics and enjoy rip-roaring fast, crash and burn racing, Daytona USA Championship Circuit Edition is a must-buy. 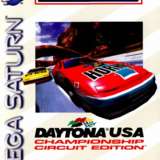 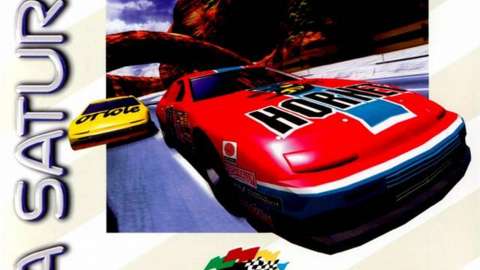