Darq Review - Beast Under Your Bed

Sleep is meant to be a rejuvenating and relaxing part of your daily routine, but in Darq, it’s a gauntlet of danger that repeats night after night. Taking place in the lucid dreams of its main character, Lloyd, Darq is eerie and unsettling, its contorted world home to shocking figures of pure body horror. But it’s also a world held together by some intriguing puzzles, each of which delicately builds upon another to provide satisfying solutions to uncover.

Darq’s main mechanic is the ability to manipulate gravity. When pressed against a flat surface, you can shift gravity towards it, flipping whole rooms onto their side and letting you explore a familiar space from a whole new perspective. Obscure passageways and interactable objects are hidden from certain angles, which makes getting around a puzzle in itself. Exploration is at the heart of Darq, as you hunt down items you’ll need to solve specific puzzles throughout its seven chapters.

Your progress through a chapter is inhibited by your ability to find the right item for the job. There aren’t obscure solutions for the most part, either, allowing you to focus instead on the challenge of finding ways to change your perspective. A cog, for instance, is used on machines where it is evident that they are missing, while a key will be labelled for the object it’s meant to unlock. Given the dream setting, there are a few instances where the items you need to solve a puzzle don't make sense--a wristwatch grows and bridges a gap in the floor, or a snake is used to mend a broken electrical circuit--but given that you never hold more than just a handful of items at a time, it's easy enough to eliminate ones that won’t work and experiment with the rest without getting frustrated.

Each of Darq’s chapters is themed around a new mechanic, which is then carried through to subsequent levels. You start by only having to worry about shifting gravity, but it’s not long before you have to consider levers that rotate whole rooms or switches that throw you backwards and forwards through an otherwise 2D plane. Each of these is introduced with well-constructed puzzles that gently show you the possibilities, eventually culminating in later levels where all of them are used together to create tricky conundrums. A just-out-of-reach gear suggests to you that there must be a new mechanic that allows you to reach it, for example, eventually teaching you that you can walk on walls without the need for tutorialized text. Darq isn’t incredibly challenging, but after learning the ins and outs of different mechanics over the course of the game, it's satisfying to solve a puzzle that combines the principles you've mastered.

Navigating levels and figuring out their multiple routes is a joy, but exploration is occasionally tripped up by enemy encounters. The few monsters in Darq are shocking figures with contorted appendages and bizarre experimentations that are quick to attack, tearing you apart violently should you get too close. Stealth is your only option in these instances, but it's limited in execution. Most of the time you simply wait for an enemy to pass an obvious hiding spot before darting into it and waiting for them to pass back around, stripping you of any creativity to your approach. These sections are little more than forced frustrations, some of which you’ll have to repeatedly engage with when backtracking through levels. In contrast to the thoughtful puzzles that surround it, Darq’s stealth is underwhelming.

The haunting monsters present a real threat in what is otherwise an entirely made-up world, with the underlying premise of lucid dreams allowing for all the otherworldly mechanics that Darq offers. Its vision of the subconscious can easily be compared to classic Tim Burton films. Your character features stick-like appendages and empty black eyes which match well with the gloomy, dreary world filled with oppressive grey hues and a pervasive industrial revolution theme. The variety in levels, from an abandoned hospital to a coal-drenched locomotive, does a lot to flesh out the world. Darq runs the gamut on cliché spooky spaces, but it realizes them so well in its visual style that they feel fresh rather than cheesy.

Part of what makes each of these spaces stand out is the exceptional sound design. Darq can be terrifyingly silent at times, with only your footsteps echoing into the distance for long stretches at a time. But the silence only accentuates the quality of a creaking wheelchair moving slowly towards you or the sharp screams of enemies alerted to your presence when entering a room. Interactions with puzzle elements are often accompanied with loud, sharp sound effects that pierce through the quiet halls of the levels they’re in, always instilling a sense of unease when you’re poking around Darq’s dreary world.

It’s a shame then that with all this delightfully spooky atmosphere, there’s not much else to do once Darq’s seven chapters are over, which took me just over two hours. Each stage barring the finale contains a single collectible to find if you’re itching for an additional challenge, which can make return visits mildly rewarding. The brevity of Darq is, however, disappointing because of the potential left on the table. The beginning chapters are too short and the finale breaks the structure of every chapter before it, leaving most of Darq's most compelling pieces in its middle. On top of that, each level isn't given enough time to really explore the breadth of its unique puzzle mechanics, bringing about the end just as it feels like momentum is starting to form.

As brief as it is, Darq does offer well-designed puzzles that are incredibly satisfying to solve on your first playthrough, each one building upon the last in intelligent ways. Darq never fully stumbles into frustration, even if it is tripped up slightly by underwhelming stealth sections. But its gloomy atmosphere and exceptional sound design enrapture you in its dreary world of dreams. Darq is full of great ideas that contribute to a tight and brief package, but it’s hard not to want for more once it’s done. 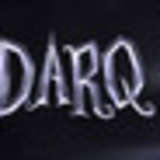 Alessandro braved Darq's haunting world and overcame its nightmares in just over two hours, playing through a second time to collect all six collectibles. Review code was provided by the developer.