Around here, all roads lead to nowhere.

When Darkwood originally launched in early access in 2014, it was an ambitious game that suffered from clunkiness and a lack of identity. In GameSpot's early access review, writer Brett Todd admired its willingness to experiment with aesthetics and rework the concept of permadeath, but couldn't get past the fact that it wasn't quite ready to go on sale. Now, in 2019, Darkwood is an entirely new game.

It was inevitable that Darkwood would be compared to similar open-world survival games like the Burtonesque Don't Starve, and from a gameplay standpoint their top-down perspectives and day/night cycles are similar. However, the most recent iteration of this macabre indie game is unwaveringly confident in itself. Darkwood revels in its eponymous darkness--even its daytime cycles are subjected to limited visibility, courtesy of its field-of-vision illumination. The best thing about this is that it doesn't rely on nighttime to be scary. Even at the crack of dawn, venturing too far from your hideout can result in you coming face to face with blood-curdling, satanic sadists hellbent on mauling you to death.

The game assimilates a plethora of systems into its makeup, including crafting, bartering, and combat. Although the mechanics are quite complex, Darkwood offers an intense but fair learning curve. While the controls are clearly mapped out on the pause menu, learning how to manipulate some of the game's ostensibly unimportant mechanics can give you a major edge as you progress into its more difficult areas. For example, the game affords you skills in exchange for cooking in ominous ovens. These skills usually only have a minor impact on the game, allowing you to benefit from a daily single-use perk such as running without taking stamina into account. However, these perks come at a cost: For every skill you gain, you must apply a negative effect designed to hinder you for the rest of your playthrough. These are incredibly minor, but in a game as brutally unforgiving as Darkwood, it's essential to level up with caution, which subverts the entire idea of leveling up rapidly in the first place.

As a result, opting to favor survivability over gratifyingly quick forward momentum often allows you to live longer in the end--something that's absolutely essential on Darkwood's harder modes, where lives are limited. But even on Normal difficulty, it's important that you recognize that this is an ambiguous world that necessitates experimentation. As the world deteriorates into madness around you, the only way to survive is to adapt alongside decay. Rather than help you, Darkwood's systems affect you in a much more neutral way. I spent a night boarded up in a hideout that was fortified to the teeth with barriers only to be attacked by packs of demonic dogs moments before the saving grace of the sunrise. However, I also happened to survive three nights in a row by hiding inconspicuously in a cramped corner, praying that I wasn't overwhelmed by hordes of red chompers in the twilight.

Because you're never truly safe in Darkwood, it's easy to lose track of time. Eventually, days seem to merge into one another, and it becomes startlingly clear that the majority of society has descended into an irreparable state of madness. People live in a perpetually frozen cycle of day and night in which there are only two recurring parts of the same day, repeated eternally. The characters you meet are mostly uninterested in speaking with you, but among the Silent Forest's more amicable residents are an aspiring astronaut named Piotrek, who is attempting to build a rocket ship out of hunks of scrap metal, and a muttering musician who plays dissonant, apocalyptic notes on a broken violin in an effort to win the hand of a woman kept locked in the basement by her older sister--something made all the more horrifying by how poorly he performs. These post-plague virtuosos are at home in Darkwood's chaos, and their chosen vocations reflect the fact that they've already been absorbed by the chaos of this dynamic and disintegrating world. That's one of the most horrifying things about Darkwood: the way in which humanity learns to use madness as an asset in a world without order.

That's one of the most horrifying things about Darkwood: the way in which humanity learns to use madness as an asset in a world without order.

There are, however, some aspects of Darkwood that indicate the transient nature of life in the forest. At the beginning of the game, you're given the opportunity to euthanize your wounded dog, who sits outside your house whimpering in pain. If you choose not to, the dog transforms into a vicious varmint by the time you return later, ferociously clawing and gnawing at you in a deranged state of mindless violence. Darkwood's narrative is ambiguous at the best of times and is mostly to do with choosing which NPCs to favor in various subplots, but easily-overlooked details like this dog's fate tell disturbing tales of their own. As a result, some subplots only tell part of the story. Other details are intricately interwoven into the environment, and these narrative manifestations and the more ostensible plot points are of equal importance in understanding the world at large.

That's what makes Darkwood so brilliantly-suited to console. Although on the surface a keyboard suits the game's mechanics--namely its hotfixed inventory system and the quickfire solutions that are often necessary for survival in the night--there's something much more visceral about playing with analog sticks and haptic feedback. Instead of simply pressing a combination of keys to attack anathemic abominations, you need to use hyper-sensitive camera control to succeed in combat. Dodging is mapped to an analog click, whereas shooting a gun genuinely feels instinctive because enemies close distance at an alarming rate. It's easy to miss point-blank because of a knee-jerk reaction, and it's the fact that you can be punished once and for all for doing so that makes the game all the more hair-raising.

What makes Darkwood truly special, though, is its world. At one point in the game, you visit an area simply known as "The Village." Here, a group of deranged denizens worship a gnarled sow, deifying it as "The Mother of all Pigs." Almost everyone in the village has descended into a state of utter insanity, with one of the town’s most domineering residents having developed a gravitation toward chickens after locking up her own sister to save her marrying a chagrined musician. Most of the citizens here immediately associate you with an aura of antipathy, but the fact they live in such an aloof society is horrifying. All around, the world is darkening and fading, and this singular town, serving as a bastion against a descent into savagery, is inevitably lost. Because you, the safe and sound player, get to witness it from an external perspective, The Village's encroaching demise is drastically more affecting. This is the last of the world, and it's due to go out not with a bang, but a whimper.

While Darkwood is an absolute marvel in terms of its aesthetics and gameplay--as well as its disarmingly dissonant score--I experienced several bugs that caused me to lose minor progress. In one case, I was trapped behind a disassembled tractor, which forced me to quit to the main menu and restart the game in order to press onward. On top of this, one of the game's areas caused the frame rate to drop so dramatically that playing became a chore. This was easily rectified, again simply requiring a soft reboot, but these glitches are a disappointing nuisance plaguing an otherwise exceptional game.

However, these bugs aren't game-breaking. And even though they irritated me, I couldn’t pull myself away from Darkwood, no matter how much its uncanny world made me audibly squeal. Rather than relying on jump scares--although they are present, to a minor degree--Darkwood psychologically unhinges you. You’re consistently lured into a false sense of security as you hole up in an ironclad hideaway before night falls, or when seemingly benevolent NPCs beguile you with promises of collaboration against the hordes of darkness. It’s horror by subversion, because it’s only when you’re safest that you let your guard down--and it’s only when you take that singular breath of respite that you concede to utter susceptibility. There’s nothing quite as scary as momentarily looking away before being drawn back in by a sound cue or a controller vibration. And before you know it, it’s fight or flight, as you fall into the fray of the unforgiving darkness and are forced to compose yourself within a split second or risk losing half your inventory.

In Darkwood, there’s an item you can show several NPCs called "photo of a road." What’s interesting about this is that several of these entirely disparate wanderers have the exact same response to this curious snapshot. "Around here," they say, "all roads lead to nowhere." And as Darkwood’s forest is guzzled up by the rapidly encroaching night, roads are no longer places-between-places. Instead, they’re a communal necropolis, waiting for the creatures of the night to tribute more destitute dupes to its earthy, deathly soil.

View Comments (22)
Back To Top
9
Superb
About GameSpot Reviews 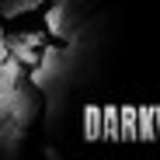 Cian loves horror games, but that’s not to say they don’t terrify him. During his 23 hours of play, he wandered the woods of Darkwood, perpetually petrified but endlessly enamored of its uncanny atmosphere. Cian played Darkwood on PS4 using a code provided by the publisher.