It's easily the best fighter Capcom has put out in years.

Up to this point, Capcom's Darkstalkers has essentially been "Street Fighter with monsters." At its core, Darkstalkers 3 is still just that, but it has a few twists that manage to make it feel quite a bit different.

How? Instead of going by a best-two-out-of-three-round system, DS3 takes the Killer Instinct approach, where each character has two life bars. When one is drained, the character falls down, refills, and the match continues. Another new twist is the Dark Force power-up, which takes one level of your super meter and acts a bit like the gems did in Marvel Super Heroes. Each character is affected differently by Dark Force. Some characters get armor, others get mirror images of themselves that double their attack power, etc. There are two types of super moves in Darkstalkers 3. ES moves are powered-up versions of normal moves, like super fireballs, extra damaging throws, and multiple dragon punches. EX specials are entirely different moves. For instance, Demitri can turn his opponents into little girls (even the boys turn into girls - don't ask), pick them up by the neck, and choke blood out of them, while Lilith tosses a top hat at her opponent. If the hat hits, her enemy is forced to do a little dance, taking damage all the while. A good portion of the EX moves are, in a word, insane. They go a long way to making the game substantially more fun than your average post-Street-Fighter-Alpha-2 Capcom fighting game.

There are additional modes in the game that distinguish it from both the arcade version and the Saturn version, which only came out in Japan. A collection mode allows you to view various character art, and the original character mode allows you to pick a character, change its name, and fight to build up various skills and powers. The characters are very well animated, though a few frames were dropped in the conversion, especially in the background animations. The game has an excellent soundtrack, and the character voices are all terrific.

Overall, Darkstalkers 3 is a lot of fun. It's easily the best fighter Capcom has put out in years. It doesn't fall prey to the cookie-cutter formula Capcom's been using to make the last few Street Fighter games. If you're a fan of Capcom-style fighters, or if you're sick of Capcom's recent cloning approach to fighting, Darkstalkers 3 is definitely for you. 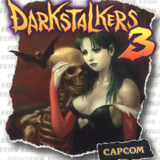 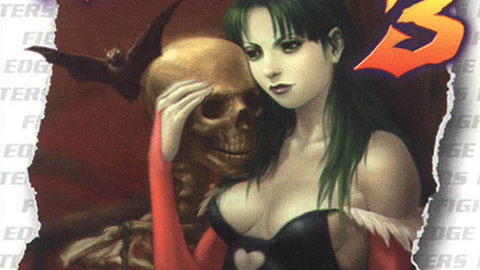 It's easily the best fighter Capcom has put out in years.