Like the guards you must sneak past in this vampire stealth game, it's best to avoid Dark entirely.

Can you imagine how deliciously powerful it would feel to be a vampire? Sustaining yourself on the blood of your victims, you could turn to mist and rush through the air, preying on the weak and hunting down the forces that would see the end of you and your kind. Dark hints at such an existence, but this vampire stealth game fails to make such bloodsucking dreams and nightmares come to life. Rather than pull you into the supernatural drama it tries to author, Dark devolves into unintentional comedy, the ridiculously bad dialogue and hilarious artificial intelligence inspiring fits of laughter. This game is both insane and inane, but at least its overall stupidity gives you something to cackle at.

The laughs start with the story, which casts you as Eric Bane, a half-vampire looking to suck the blood out of more powerful vampires before you turn into a mindless ghoul. You spend a lot of time in a nightclub called Sanctuary, where you might at first enjoy the colorful cel-shaded visuals and awkwardly dancing patrons before you start giggling at the bad dialogue. Says a vampire DJ about another powerful bloodsucker: "The women that work there for him are really f***ed up. I think he put some vampire s*** on them." Says another: "The guy more or less owns the city. He's like the vampire dictator, man." A Mass Effect-like dialogue wheel offers dialogue options, but not any actual choices, though you can string together different parts of conversation in ways that make the insipid dialogue even more nonsensical.

So off you go into the night to exercise your sneaking skills and do vampiric things, like knocking out dunderheaded rent-a-cops from behind when you aren't plunging your teeth into their necks. It's clear right away that something's amiss in Dark, however. Guards engage in conversation before beginning their patrol patterns, which is a typical atmospheric touch in stealth games, but some chats go on forever without unveiling any important truths or infusing Dark with any personality. When alerted, guards deliver canned lines that don't always make sense in context, the same snippets of recorded dialogue overlapping with each other and lone enemies calling out to nonexistent comrades. Bad animations, mediocre voice acting, jittery cutscenes, and disappearing sound effects round out the first impressions, though some nice audiovisual touches, such as the satisfying whoosh of your shadow leap ability, give you hope for the coming hours.

Unfortunately, Dark never capitalizes on its few strengths. The basic gameplay is bone-dry stealth--you crouch and hug walls, at least when the cover mechanic decides to work, while trying to avoid the none-too-watchful eyes of guards and attacking them when you need to. You may also drag corpses away if you have the opportunity, and need to avoid litter lest you call attention to yourself, though it isn't always clear whether or not nearby watchmen notice or care. There are a few visual references to Thief in the early levels, but you never need to keep to the shadows, in spite of the allusions (and in spite of this game's own name).

You also have some passive and active vampire powers that let you, for example, confuse enemies in the area for a short period of time, or rush across a good distance and assassinate a guard. You need to kill guards and read scattered personal digital assistants and emails to earn points to unlock and improve these abilities, and you drain blood from your enemies to power them. At first it's fun to fool around with these skills, since they're the only way of mixing up the generic sneaking. Flying through the air and felling the cookie-cutter character models can give you a sense of accomplishment, as can successfully sneaking through a heavily defended warehouse without alarming the sentries. But about halfway through the game, you realize that you can use your shadow leap ability to exploit your way through levels, propelling yourself onto ledges and other platforms and avoiding or eliminating entire swaths of patrols in the process.

The rotten enemy AI doesn't always hinder you; in fact, it often seems intent on assisting your efforts. For instance, you might hide in a bush, one guard after another approaching you, perhaps after seeing you lurk in the area. You can knock them out one at a time, the guards acting as if they can't figure out where that corpse came from, even after staring right at you as you performed the kill. To make matters worse, Dark draws out levels during such circumstances, spawning new guards when the AI is alerted until the supply runs out, which makes levels tedious. You even see some of these guards appear right in front of you out of nowhere, which completely corrupts the core design of a stealth game.

Elsewhere, enemies jitter in place or against each other before teleporting somewhere else--again undermining the very idea of a stealth game. Sometimes, guards get stuck standing and looking in one spot in a way that keeps you from reaching your destination. And what's really hysterical is when guards shoot at you so that you can see bullets landing on you, yet the shots don't register. The lack of continuity between checkpoints also annihilates Dark's design consistency. In certain locations, triggering a checkpoint causes all the enemies in the area you just left to disappear, only to have new enemies and characters materialize there without any explanation.

There are some good ideas in here, like machines that produce a field of UV rays that injure you and dull your vampire powers. And every so often, a level comes together, with enemy routines created in a way that allows you to satisfyingly slink by. But those bright spots are exceptions in Dark's poorly crafted areas. Some levels at first look open-ended, inviting you to experiment with different approaches, but actually push you down a single linear path, because it's the only path the AI and its rigid patterns can reasonably handle. Other levels feature a mishmash of enemies, alarms, and behaviors that seem thoughtlessly put together, inspiring you to exploit your way through rather than devise a clever plan of action.

Instead of ramping up the challenge and excitement, Dark actually gets much easier as it progresses, and the final boss fight (which involves walking around as its main mechanic) and subsequent moral choice (in which you have no emotional investment) aren't gut punches, but rather are gut-bustingly bad. In its favor, Dark mixes up its pace in the final levels, dropping some narrative surprises on you and depositing you into a few unexpected locales. But by then, you've endured too much banality for a few bewildering plot twists to suck any interest out of you, or for the stand-alone challenge levels to hold any appeal. In the dark is where this clumsy vampire game should remain.

View Comments (341)
Back To Top
3.5
Bad
About GameSpot Reviews 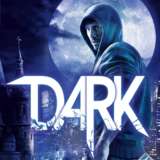 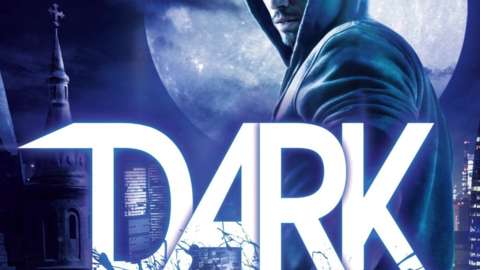 Dark is a stealth action game with role-playing elements that lets you slip into the role of the ultimate killer...a vampire.