A terrific new party mode and other smart additions to the franchise make Dance Central 3 the best way yet to get groovy with your Kinect.

The Dance Central series has already established itself as the best dance franchise available. It's known for its gorgeous animations, wonderful dance routines that cater to a wide range of skill levels, and Kinect tracking that gets your whole body into the groove. And in these regards, Dance Central 3 maintains the excellence of its predecessors, leaving the basic gameplay untouched. You still perform a wide variety of fun dance moves in routines that are expertly choreographed to match the music that accompanies them. But it's the elements that surround the dancing that make this sequel a standout. An appropriately absurd Story mode and a diverse soundtrack that reaches back through time to work in hit records and dance crazes of the past few decades elevate the game. But it's the outrageous and frequently hilarious Party Time mode that takes this sequel over the top and makes it the best Dance Central yet.

Of course, dancing is still front and center. A new difficulty level, beginner, keeps routines simple and lets even those who may have been intimidated by the easy mode in earlier games enjoy strutting their stuff. On the other end of the spectrum, dances on hard difficulty are complex, challenging more experienced dancers to keep up with intricate, physically demanding routines. The dances are performed by an assortment of impossibly attractive, stylish characters--most of whom return from earlier games--and their smooth, graceful animations make even the simplest of moves look pretty cool.

As in earlier Dance Central games, cue cards scroll up along the side of the screen, indicating which moves are coming up in the current routine, and should your actions not quite match the dance move being performed, the corresponding limbs on the onscreen dancer become outlined in red. It's a gentle, effective way to inform you that your performance is a little off, but this may not be enough to help you understand what you're doing wrong.

Thankfully, the option to rehearse specific dance moves or entire songs is back, and as before, you can slow things down and master a move at half speed if you're struggling. A new addition to Rehearse mode makes it an even better tool for helping you identify aspects of a move you might be having trouble with. You can now have the Kinect show live footage of you dancing next to the in-game dancer performing the move, making any discrepancies between your actions and the character's more obvious.

The dance moves range from extremely simple steps that anyone can keep up with, to much more intricate moves that all but the most seasoned dancers may need to practice to master. Generally, the Kinect's tracking of your moves is precise, though you can usually fudge any subtle hand movements involved in a dance step and still earn a rating of flawless. New in Dance Central 3 are a number of dance crazes from the past few decades, which consist of a few dance steps in a specific sequence.

When dancing to "The Hustle," a few dance moves come together to form the titular '70s dance craze. Similarly, when dancing to "Macarena," you need to put your pride aside, move your arms, and wiggle your booty to do the goofy dance that was inescapable for a brief period in the mid-'90s. (If doing the Hustle or the Macarena sounds too easy to you, don't worry. On harder difficulties, these crazes are mixed with vigorous steps that ensure the routines are no walk in the park.)

Along with the period dance crazes, Dance Central 3 shores up its sense of history by including numerous songs from each of the past four decades. "Turn the Beat Around," "I Will Survive," and other tunes represent the '70s. Grooves from the '80s show up in the form of "Let the Music Play" and "You've Got It (The Right Stuff)," among others. You'll have '90s flashbacks thanks to songs like "Now That We Found Love" and "Everybody (Backstreet's Back)."

And then there are a host of songs from the 2000s and the current decade, with Usher, Katy Perry, 50 Cent, Kelly Clarkson, Maroon 5, and many other artists represented. If you own Dance Central or Dance Central 2, you can import the on-disc soundtracks for those games for 400 Microsoft points per disc. (If you already imported Dance Central's songs for Dance Central 2, you don't need to pay the 400 points again.) And all songs you may have downloaded for the previous games work automatically with Dance Central 3.

Supporting Dance Central 3's diverse soundtrack is an entertainingly silly Story mode. Dance Central Intelligence, or DCI, is our last line of defense against dance crimes, and you're their newest recruit. The nefarious Dr. Tan has launched Operation Lockstep, which seeks to eliminate all freestyling from dance and make it a rigid, robotic practice. DCI has sent dance crews back to the '70s, '80s, '90s, and 2000s to study the dance crazes of those eras to prevent Dr. Tan from exploiting the power they possess.

You travel back to a '70s disco, a hoppin' '80s street corner, a '90s house party, and other locations to dance with the crews and identify each era's dance craze. It all culminates in a fun boss battle dance-off that pulls together dance crazes from across the eras and reaffirms the power of personal expression. Completing Story mode opens up the master quest, which continues the story and doles out unlockable rewards for those players committed enough to master the dance routines. Thankfully, you won't find any songs among those unlockable rewards; all 45 songs included in Dance Central 3 are unlocked from the get-go.

In addition to Story mode, you can experience these songs in traditional Dance Central fashion simply by jumping into Perform mode and tackling them solo or with a friend. But where Dance Central 3 really distinguishes itself is in Party Time mode. This mode automatically shuffles through songs and game types, so you can leave it running at a get-together and people can jump up and play whenever the urge to dance strikes them.

Party Time lets you participate in straightforward performances and in the two-player battles of Dance Central 2. It also introduces Keep the Beat, a two-player game in which you freestyle to a song and the game determines whether you or your opponent is more accurately moving to the beat of the music, and if your opponent is winning, you can attempt to mimic and "steal" his or her move. The game's sense of who's doing a better job of grooving to the music is a bit arbitrary, but that's OK. Party Time is for friendly goofing around, not serious competition.

Party Time also includes Strike a Pose, a shallow game type in which you and your opponent race to match poses presented by the onscreen dancers. The highlight of Party Time, however, is Make Your Move. Essentially a dance version of Mad Libs, this game prompts you to create your own moves, issuing directives like "Do a dramatic move!" or "Do a ridiculous move!" You repeat a move a few times to "create" it, and then your opponent is challenged to pull off your move, and then create one of his or her own. At the end of the mode, the moves you and your opponent have created are strung together into a dance routine that you both must perform. It's almost guaranteed that the moves you make in response to prompts like "Do a grandpa move!" will result in laughter, and again, though the Kinect's reading of how well you perform the moves your opponent has created can be spotty, it's hard to care when you're having so much fun goofing around.

If you're looking for a less casual, more structured competitive mode, Crew Throwdown lets two teams of up to four dancers battle it out in a series of rounds that build up to a final dance battle. And if you want to compete with friends online, you can choose to "flaunt" your score on any song, automatically creating a challenge that shows up for your friends. Whether you're looking for a beginner-friendly dance experience, rigorous routines that challenge your skills and help you burn calories, or a terrific party game that gets everyone on their feet and having fun, Dance Central 3 is the best way to turn your living room into a dancefloor short of hiring your own personal DJ. 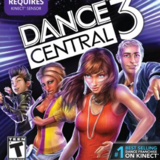 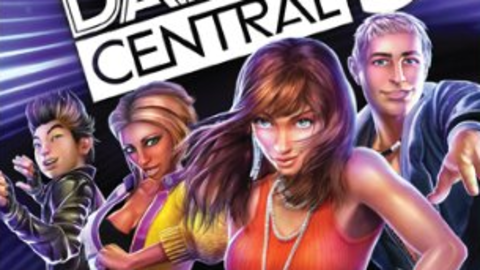