Culdcept Saga is easy for beginners to learn, difficult for experts to master, and fun no matter who you are.

Card-collecting games can be extremely intimidating. Veterans of card-battle duels know the lure of building another deck in a fascinating new universe. But if you've never understood the appeal of pitting your cardboard Yeti against your friend's two-dimensional Colossus, you might find these games tedious or intimidating. Culdcept Saga is neither. The depth of traditional card games is on full display here, but the addition of a game board, customizable avatars, and rules that are similar to Monopoly make Culdcept far more accessible and fun than traditional card-collecting games.

Your goal in Culdcept Saga is to score a set number of points before your opponent does. Every lap around the board nets you additional gold (like passing "Go" in Monopoly), but the majority of your money comes from the tolls you'll collect. Instead of just buying plots of land, you'll lay down creatures, claiming a spot as your own. If your opponent lands on your property, he or she can pay rent without making a scene, or challenge you to a duel. The winner takes the spot while the loser pays the fine. You can improve your land (like houses in Monopoly), increasing its value while making your creature stronger. There is more depth to this basic structure, such as chaining colors together to increase the toll value, but the property-owning mechanics will be familiar to anyone who has played the popular board game. The early rounds focus on the fun and unpredictability of different game boards, letting you learn the ropes before the game presents you with the more in-depth strategies presented by the various cards.

Before the match, players build the deck they want to take into battle. There are almost 500 different cards in the game, but your deck can hold only 50, so you'll have to decide on your general strategy before the match begins. There are three different types of cards: creatures, items, and magic. Creatures allow you to claim property; items make your monsters stronger in battle; and magic affects the players, letting you do things like double the toll money you earn or force your opponent to roll a 1. Players hold up to six cards in their hands at one time, and your opponents are able to see what you have lined up. This removes some of the surprise but adds a layer of tension that makes the matches even more intense. A boastful player may leave a powerful card in his or her hand for a few turns, letting the unspoken threat linger and putting the opposing player on edge. If you build your deck right, though, you'll be able to counter the card before it can hurt you, leaving your opponent sputtering and desperate. The volatility and unpredictability of the matches make Culdcept Saga a blast, keeping you on your toes the whole time.

The battles themselves are even more delightfully devious than the prefight board play. The creatures are diverse and dangerous, imbued with all sorts of powerful secrets and hidden tricks. The game starts out with simple creatures to give you a feel for the conquest, so you're not overwhelmed with confusing cards. In your starter deck, you'll have trolls and rats, basic cards that will teach you that HP signifies your health, ST is your attack power, and if your ST is higher than your opponent's HP, you'll most likely win the battle. You can equip your Red Troll with a giant sword, though, that can tip the battle in your favor, and don't forget that Giant Rats always attack first. Taking advantage of the various quirks of each card is satisfying, letting you play your opponent like a drum if they come to battle unprepared.

After each match, you'll earn new cards, so even if you're struggling to understand how your Chimera lost to a weak Goblin, you'll be able to build up a stronger deck for the rematch. The diversity of the cards is staggering, making each match completely different from the last. The Flying Puffer can be used for kamikaze attacks; when it loses a fight, it takes its enemy down with it, so you can vanquish a superpowerful card with this simple fish. Aspidochelone earns more ST and HP after each round, so it's an unstoppable behemoth if the match goes long enough, but it's just an ordinary whale with an island on its back in the beginning. Spudfolk aren't much for fighting, but you can earn extra money every time you pass them. Sylphs are weak, but can transform into an awe-inspiring Garuda. As fun as this variety is, the one problem is trying to counter their unpredictable powers. Mistwing neutralizes red and blue cards, so if you built your deck around those elements, you'll find it awfully difficult to get rid of it. But most cards have weaknesses that can be exposed with a well-constructed deck, so once you learn the ins and outs of Culdcept Saga, you won't find yourself in a no-win fight.

The amount of replay value in Culdcept Saga is impressive. You earn cards after every match, win or lose, but unlocking rare cards will take a commitment. Even if you don't get the one card you've been pining for, the flow of new cards is steady enough to make the rewards of battle worthwhile. You can also unlock new parts for your avatar, from a simple cowboy hat to imposing devil wings. To win these items, you'll have to meet some difficult requirements, such as destroying a powerful Deep-sea Dragon with a mere Powder Eater. The cards and avatar parts give you plenty of reason to keep playing, either against the computer or up to three of your friends. While the story in the single-player campaign is forgettable, your artificial opponents are challenging without being cheap, presenting a wide array of techniques to teach you the intricacies of battle. The online play is lag-free, but one problem sometimes crops up during a four-player match: one unlucky person will sometimes lose the ability to talk, removing the tasteful banter that makes competition so enticing.

As accessible yet deep as the gameplay in Culdcept Saga is, the visuals are not so inviting. This is a sequel to a PlayStation 2 game, but the graphics don't seem to have been upgraded in the interim. Creatures materialize as 3D figures when placed on the board, but they lack detail and quickly cycle through a few frames of animation. The battles are even less inspired; instead of viewing the fantastical battles in riveting, high-definition graphics, you're left staring at a still shot of the two cards depicting the creatures. No animations or even cool sound effects here, just two cards, side by side, the loser leaving with a slash across its surface. If you ever wondered what a fight between an ice wall and a mummy would look like, you'll have to keep using your imagination. Graphics are clearly the least important element of a card-battle game, and the art on the cards is bold and vibrant, but the lack of interesting battle animations takes away some of the charm.

Culdcept Saga is an exciting card-collecting game if ever there was one. The battles are chaotic and unpredictable, letting you devise your own strategy from the bounty of unique cards. It's the inclusion of a gripping board-game mechanic that pushes Culdcept over the top, though. The beauty of designing a game around the fundamental tenets of Monopoly, one of the most popular board games around, does wonders for bringing in players who shied away from card-collecting games in the past. And for genre veterans, it adds another layer of depth to a game that is already bursting with it. Culdcept Saga is an infinitely rewarding strategy game that can be enjoyed by anyone itching to put that pompous Hypno Sloth in its place once and for all. 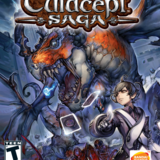 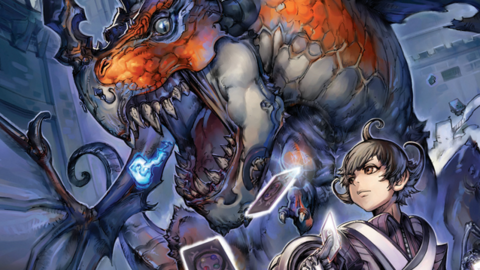 Culdcept Saga is the latest entrant in the popular magic-meets-Monopoly game franchise and includes online battles via Xbox Live.