Crusader is a great game that possesses an almost unlimited amount of death and destruction.

Crusader's storyline is all too familiar - elite trooper of an evil empire decides that he's been serving the wrong side for way too long and decides to join up with a scrappy group of freedom-fighting rebels. Of course, at first the rebels don't trust him, but after he saves their lives a few times, they all come around and accept him as one of their own. This also means this wayward Silencer, the player, gets to waste hundreds of Consortium lackeys (his old allies), and thousands of useless W.E.C. computers that happen to get in the way of a revenge-driven slaughter.

No Remorse was originally a PC game, and a few sacrifices have been made to accommodate the new format. The ability to choose between walking and running has been replaced with a slow jog somewhere between the two speeds. The lack of walking makes fitting through some doorways challenging. Also, most of the game's full motion video has been removed in favor of an e-mail system. While it conveys the same information, it lacks the warmth and occasional (and at times unintentional) humor the video brought to the game, thanks to actors' questionable skills. To make up for these minor problems, a few new weapons and maneuvers were stolen from the Crusader sequel, No Regret, and added to this version.

Playing Crusader is fairly simple - that is once you get accustomed to the unnecessarily difficult control. The player simply runs around shooting everything in sight, taking special care to eliminate the security cameras before they catch sight of Silencer's red plastic armor. Once everything has been destroyed, players will probably be near the end of the level - be it a reactor that needs to be destroyed or a daring prison break set for execution. Once the mission objectives have been met, all that's left to do is jog to the nearest teleport pad and beam back to the base. While this linear style ruins a little bit of the replay value, the alternative would be to be totally lost in the Consortium facility (because most rooms look somewhat similar).

The main attraction, both graphically and sound-wise, is the explosions. Pumping even a few pistol rounds into any of the computer equipment that lines the walls causes huge explosions with great stereo effects. Anyone foolish enough to stand near the blast is ignited. The result is a grizzly scene of burning bodies running around, screaming, and waving their hands until their bodies are ashen outlines on the ground. The music is a mixed bag - some of the tracks are great, while others are more than lame.

Die-hard fans of the PC version will sorely miss the game's flexible control and video. Obviously, if you've never played the PC version, the Playstation's minor deficiencies won't be noticed. And once you get past the control problems, you'll discover a great game that possesses an almost unlimited amount of death and destruction. 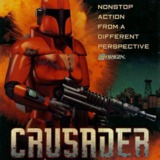 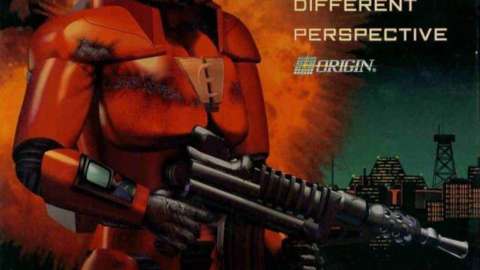 If you've got the time to learn, and the desire to destroy, Crusader contains more than enough action and explosions to satisfy.