Rent this one, but it really isn't worth purchasing.

Cruis'n World is an arcade translation and the sequel to one of the first N64 games to hit shelves, Cruis'n USA. As you might imagine, no longer are you confined to the continental US in your races. Now you take your car around the world, visiting exotic locales like China, Russia, Germany, and France. Some improvements have been made over the previous game, but it's the same game at heart.

The graphics have moved forward, resulting in a reasonably manageable amount of pop-up, even in the four-player split-screen mode. The music and sound are significantly better than the original (which probably still is the low-water mark for music on the N64), but most of the tracks still come across in an incredibly annoying way.

Cruis'n World has a few different modes. In the standard arcade mode, you can just pick one track and race, or you can cruise the world one track at a time. In championship mode, you race over just a few tracks, but you do multiple laps on each track. Beating this mode is the key to unlocking the game's additional cars. A practice mode allows you to take on the tracks all alone, with no traffic to stand in your way, but since the game's difficulty comes from the opposing racers and not the track on its own, this mode isn't terribly useful or interesting. Multiplayer allows up to four players to select cars and race the tracks against each other.

All in all, Cruis'n World isn't a bad game, but it certainly isn't very good, either. Most of the time spent with this game will be centered around driving in first place, only to have it robbed from you by the CPU-controlled cars at the very last second. There's no room for error in your driving if you want to win, and that's perhaps what makes this such an annoying game. Rent this one, but it really isn't worth purchasing. 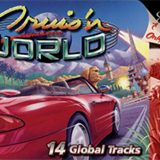 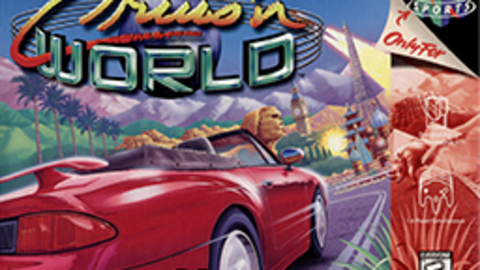 Rent this one, but it really isn't worth purchasing.