Those who don't already have a Multitap and aren't looking to buy one will definitely want to take a pass on this thoroughly mediocre party game.

Like kart racing before it, the newly formed party game genre is the latest and greatest vehicle for company mascots. From the high profile consoles stars like Mario and Sonic to the more obscure Hudson mascot Bomberman, everyone is looking for a piece of the party game action. Not one to be left out, Crash Bandicoot has come through with his own party game, Crash Bash.

A party game, by definition, must be playable by a party-sized group of people. Crash Bash has this covered, as with the use of a Multitap, up to four players can get in on the action at once. The aforementioned action comes in the form of minigames. As opposed to the board game structure of Mario Party, though, Crash Bash goes for a more freestyle approach, with the focus set on fast and furious rounds of competitive play. There are a total of seven minigame types, four of which are available from the start. Each of the minigame types has four variations, for a total of 28 different minigames. Thanks to the game's adventure mode, you can play with either one or two players against multiple computer-controlled opponents, but it's not recommended. The minigame types range from a crate fight to four-way pong, and the goal of every game is to either score more points than your opponents or destroy them all together, so these games simply aren't fun when playing with anything short of four players. The scattered AI lacks balance, with most mixed matches resulting in either a brutal mauling of the computer or vise versa.

While Eurocom hasn't developed a Crash Bandicoot game before, it certainly doesn't show. The graphics in Crash Bash still retain the colorful cartoonish feel of the series. All of the models are nicely animated and faithfully represent their respective characters. Nice explosions and various particle and lighting effects are plentiful, almost to the point of excess. This can be annoying at times, as so much eye candy can distract from the stripped-down gameplay and sporadically causes some slowdown. All in all, Crash Bash is not a modern marvel of 3D polygonal graphics, but it handles its graphics in a relatively capable manner. The sound is equally standard, with Hannah Barbera-style background music that is appropriate to the various environments and a somewhat limited set of taunts and yelps for each character. Between the soundtrack and the constant taunts, the sound may wear thin quickly, but if you're playing a four-player game, you'll likely be too busy talking trash and intimidating your opponents to even hear the game's sound.

Crash Bash is a game that is utterly run of the mill, completely middle of the road. Its flaws may not be glaring, but there isn't a single aspect of the game that truly shines through. This rampant mediocrity doesn't help the game's case, nor does the necessity of a Multitap to enjoy Crash Bash to any extent. Multitap owners may want to check out Crash Bash for a rental , as the library of even proficient four-player PlayStation games is limited. But those who don't already have a Multitap and aren't looking to buy one will definitely want to take a pass on this thoroughly mediocre party game. 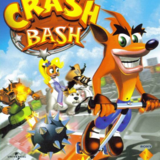 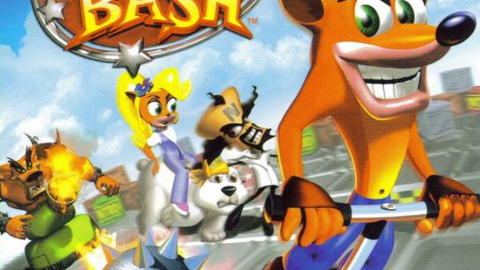 Those who don't already have a Multitap and aren't looking to buy one will definitely want to take a pass on this thoroughly mediocre party game.