This time the game takes place across a great expanse of time and space, making for greatly diverse level designs, which in turn keep the game fresh.

Crash Bandicoot started life as Sony's attempt at a mascot. He did reasonably well but never quite caught on like Mario or Sonic. But regardless of his status as a mascot, Crash has always managed to make a good game. In Crash Bandicoot 3, the evil Dr. Cortex is up to no good yet again with a new band of henchmen for you to defeat. This time the game takes place across a great expanse of time and space, making for greatly diverse level designs, which in turn keep the game fresh.

The 30 different levels are mostly composed of the same 3D platform-jumping obstacle-evading Crash levels that we're used to. Some levels, however, allow you to take control of vehicles such as a biplane, motorcycle, or Jet Ski. These levels are almost like little minigames that spice up the action and break up the monotony.

As before, when you go through the levels you are rewarded with crystals and gems. In Crash 3, you can also collect a relic for beating a level within a certain amount of time. Also new to the third game is the ability to learn new moves upon defeating a boss. Abilities like the super belly flop, double jump, super spin, and super run definitely help you to get through the levels faster. These moves will also help you unlock secret levels.

Visually, Crash 3 is flawless. The smooth character animations and bright, colorful landscapes make the game look like a cartoon. Amazing attention to detail and gorgeous lighting effects give torches, lasers, and other illuminating objects in the world a life of their own. All of this along with a refreshingly fast and steady frame rate easily makes Crash 3 one of the most beautiful PlayStation games ever.

Crash 3 even delivers in the audio department. It has outstanding music, sound effects, and character voice-overs that are not only extremely well done, but the onscreen lip-synching is almost perfectly matched to the voice.

In the end, Crash Bandicoot 3 is easily the best Crash yet. Every aspect of the game is better: new moves, levels, bosses, graphics, sound, and gameplay. It's the most fun I've had with a 3D platform game in a long, long time. It's a must-have for fans of platformers. 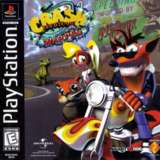 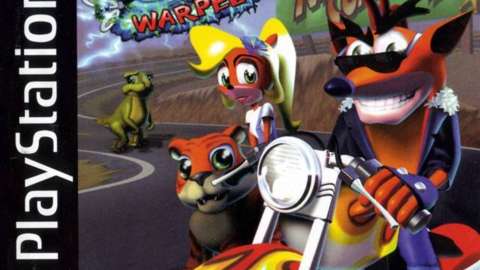 This time the game takes place across a great expanse of time and space, making for greatly diverse level designs, which in turn keep the game fresh.