Corruption 2029 is a mechanically proficient but disappointingly hollow take on the XCOM genre.

In the banal future-war fiction that serves as set dressing for the battlefields of Corruption 2029, soldiers are remote-controlled living machines. These humanoid husks are devoid of humanity, mechanized units designed to be disposable as they fight the second American civil war. Both sides sport bland three-letter initials, the NAC (New American Council) and the UPA (United Peoples of America), their full names reading like soulless corporate think-tanks, their motives as opaque as they are forgettable. Actual people are seemingly absent in this conflict. Lifelessness permeates the entire experience, sapping all interest in what is otherwise an accomplished tactical combat game.

In this sense, Corruption 2029 is a disappointing step backward from the developer's debut title, 2018's Mutant Year Zero: Road to Eden, a game that elevated the XCOM formula primarily through a charismatic cast of characters. The mechanics of combat work in essentially the same way they did in Mutant Year Zero with similarly distinguished results. You control a squad of three units (and occasionally a fourth unit you might acquire mid-mission) and you're able to explore the map in real-time until the enemy spots you or, preferably, you trigger an ambush. Once the fight's underway, you and the engaged enemies alternate between ducking behind cover, firing your weapons, lobbing grenades, and deploying special abilities in turn-based combat.

The tactical combat is a triumph of clarity. The UI conveys all the pertinent information flawlessly, leaving you reassured that each move you make is going to play out with a high degree of certainty and few unintended consequences. When deciding where to move, for example, you can hover over each accessible square on the grid and see your exact chance to hit every enemy in range with the weapon you have equipped. Swap that weapon and all the percentages update. Clear icons inform you that the destination is in low cover or high cover and if an enemy is currently flanking that position. Having these details reliably presented on-screen is a constant benefit to the decision-making process and goes a long way to ensure success in each combat encounter is determined by preparation and smart choices rather than an unexpected fluke.

It helps that the various systems that comprise combat don't get too bogged down in fine granularity. Everything--from hit point variations between enemy types to weapon characteristics and unit abilities--exhibits a meaningful difference. You're not faced with upgrades that add incremental effects, a slight movement or damage increase here, an extra grenade or hit point there, that only work to tweak your existing repertoire. Rather, the new gear you acquire and the new enemies you encounter deliver big, immediate differences that both afford additional strategies and demand you rethink your approach.

The excellent core combat is again bracketed by the same pre-battle stealth introduced in Mutant Year Zero. Here you're given the opportunity to scout the map before engaging the enemy on your own terms. It's extremely satisfying to sneak through an encampment, thinning out the enemy numbers one or two at a time as you go, before triggering the remaining units with the odds stacked more in your favour. I even managed to complete a few mission objectives without entering combat at all, just by paying close attention to patrol routes, taking advantage of distractions you can activate in the environment, and weaving my way through. The singular stealth approach to XCOM-bat is as craftily enjoyable here as it was in Mutant Year Zero.

Unfortunately, that's about where the favourable comparisons end. Despite depicting a connected series of maps, Corruption 2029 never comes together as a world. Even when a mission offers multiple objectives across two maps, when you complete the first objective you're able to instantly warp to the next map to tackle the second. Exacerbating the problem, missions regularly recycle maps, ostensibly seeing you return to previous areas to pursue a new objective, but really all you're doing is killing the same enemies again in a slightly different order. Revisiting a location works when you're able to perceive the passage of time and appreciate what's changed since you left, or when you're able to return with a new ability that allows for a new perspective. But it falls flat when all that's different is there are now two guards at the front gate instead of one.

Thanks in large part to this structure, the world of Corruption 2029 feels empty. It doesn't help that the story is also delivered in meagre fragments as dislocated as the map structure. A couple of skimpy sentences in a briefing screen and a handful of newspaper clippings found in the environment hardly add up to a compelling narrative. For a game all about war, little attention is paid to what you might actually be fighting for.

Most disappointingly of all, especially after the feats of characterization found in Mutant Year Zero, is the utterly anonymous cast of characters. Each unit you control is a blank slate, a husk emptied of all personality, nothing more than a collection of movement and weapon stats. Indeed, even the unique skill trees that distinguished each character in the previous game are gone, replaced with a pool of abilities that you can swap in and out of your units' ability slots between missions, emphasising their disposable, interchangeable nature.

Corruption 2029 is a strange, underwhelming followup. Its combat hits all the same highs as did Mutant Year Zero. I was having a blast every time I found myself in the middle of a tense, exciting firefight and able to survive by the skin of my teeth. But whenever I returned to the mission select screen I could feel my enthusiasm wane. And each time I dropped into the same map, to take out those same two enemies standing next to the same truck and hack the same computer to read the same email about the same world I didn't care about, I knew the war would soon be over. In the end, you've got to have a reason to keep fighting.

View Comments (6)
Back To Top
6
Fair
About GameSpot Reviews 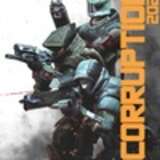 David Wildgoose has been playing squad tactics games since Laser Squad in 1989. He played through the Corruption 2029 campaign on PC after purchasing his own copy on the Epic Store.