Cool Boarders 2001 was released late last year for the PlayStation and was the worst installment of the series yet. Its multitude of gameplay modes was depleted of all fun due to its inexcusably flawed controls that made it impossible to navigate the terrain. Thankfully, Cool Boarders 2001 for the PlayStation 2 is a vast improvement over its PSOne sibling and offers a nice alternative to the competition.

Todd Richards, Michele Taggart, Kevin Jones, and Tara Dakides are just a sample of the 10 professional riders included in Cool Boarders 2001. Idol Minds has also added plenty of its own fantasy riders who would be right at home in SSX. This wealth of riders to unlock somewhat remedies the lack of a create-a-rider option that has been a part of the series for some time. Each rider has two licensed boards to choose from and feature the same graphics, dimensions, and characteristics as the real thing. Billboards from the likes of DC Shoe Co., Burton, Billabong, Vans, and Forum litter the courses and provide an air of authenticity to the game.

Once out on the mountain, it becomes immediately apparent that the jerky, unpredictable controls of the PSOne game have been completely revamped. Gently carving to line up for a big hit is a breeze, and while different from most snowboarding games, the trick system is pretty solid. Performing grabs, flips, and spins are accomplished with a single button press, and the different permutations can produce some interesting results. Strategically placed pipes, downed trees, ski lift cables, and other objects are ripe for grinding. Each rider has several special moves that may be performed by inputting shoulder button sequences while holding the jump button. The controls tend to lag a bit when attempting combos or sequences of tricks, but once the timing is mastered and the moves are memorized, flying down the mountain is a blast.

If you're looking for a variety of events in your snowboarding games, you can't go wrong with the Cool Boarders franchise. Various developers have been piling on the modes for years now--so much so that you begin to wonder just what else could be added. There are nine events included in the career mode, which is broken up into five different categories. The CBX events are reminiscent of SSX in that you must fend off other riders while finding the quickest way down courses with chutes, loops, and death-defying cliff jumps. The downhill events represent the biggest chunk of gameplay. They include a checkpoint mode that asks you to accumulate as many points as possible while racing against a clock and a typical slalom course (against three other riders) called gate run. Boardpark lets you tackle the obstacle-laden stunt courses in search of a high score or hidden sequences. Hidden sequences take a variety of forms, including linked tricks over multiple obstacles and enormous gap jumps. The trickmaster events pit you against one of the game's pros and ask you to duplicate complicated trick combos. The trick events include both the half-pipe and big-air modes.

In each of the five categories, there are frustratingly difficult challenge competitions to complete. Similar to the trickmaster mode, they ask you to mimic one of the real pros as he or she goes through a series of trick combinations on multiple obstacles. The list of combinations can be lengthy, and you're allowed just three failed attempts before you're forced to start again from the beginning. Some of the sequences require precise timing and exacting controls, which correlate into multiple attempts at each challenge. The bot riders often cheat as well--they can miss multiple gates without being disqualified. As you successfully complete each event, your rider receives attribute points that are automatically distributed to four different abilities. After you clear all the courses on the normal difficulty setting, the Vans Triple Crown of Snowboarding opens up, and the serious competition begins. The multiplayer mode for up to two players features all the riders, events, and courses in the game, once they are unlocked in the career mode.

The graphics offered in Cool Boarders 2001 are probably the least impressive of the three snowboarding games released for the system but are by no means ugly. Each character model is built with a healthy number of polygons but not enough to make each character immediately recognizable. The 20 sprawling courses are located on one enormous mountain that is rendered using acclusion culling, so parts of the mountain that are not seen are not hogging up processing power. This lets the game practically eliminate load times. Each course is carefully designed so that none of them look alike. Some feature environmental effects like a setting sun that turns the crests of the drifts a golden color, and others set themselves apart through their unique design--one of the later courses asks you to traverse a bottomless pit using only small, snowy platforms and rails. While some are done better than others, Cool Boarders 2001 includes a wealth of graphical details. Varying depths of snow will cover your rider and board accordingly; real-time shadows skirt around each rider relative to the sun's position; and snow will fall in varying intensities depending upon the course's location on the mountain. Cool Boarders 2001's minor visual discrepancies include clipping that occurs during especially awkward wrecks, snow effects that leave a lot to be desired, and trick animations that could use a few more frames. Thankfully, the game plays with a fluid frame rate even in the split-screen multiplayer mode, and its sense of speed remains intact.

It's no coincidence that the music level is turned down by default. Composed of tracks from a handful of Chemical Brothers, Beastie Boys, and Soundgarden rip-offs, the soundtrack can be grating on the nerves. You can always finish the job and turn it all the way off in the sound options. During the challenge mode, there are voice samples recorded by real pros and riders who give you tips, and competing riders will taunt you when they pass. The sounds of the board edges change as you ride across different snow conditions, and the replication of the low thump that can be heard when someone sticks a trick out on the hill is just right.

Fans of the Cool Boarders series will find a lot to like in this first PlayStation 2 outing. The trick system and controls are deep yet manageable; there is a multitude of events, riders, and courses to unlock; the multiplayer mode is extensive; and the graphics are solid. For those who think SSX is too simplified and that ESPN X-Games Snowboarding is too difficult, Cool Boarders 2001 is a perfect compromise. After a few years spent aloof, the Cool Boarders franchise is finally back on solid footing. 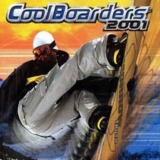 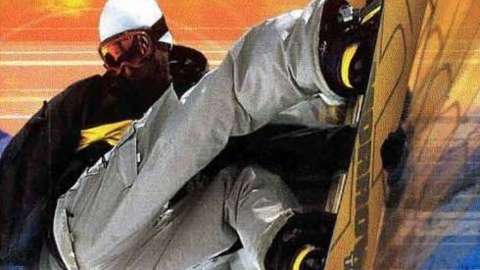