Contra III: The Alien Wars is every bit the vexing challenge it was back in the '90s, and it's still quite a bit of fun too.

In their heyday, the Contra games were about as good as the scrolling shooter genre got. One of the very best in the series was Contra III: The Alien Wars for the Super Nintendo Entertainment System. As the series' first foray into the 16-bit era, Contra III beefed up what made Contra...well, Contra. It skillfully blended the classic shooting gameplay with some new twists and significantly improved visuals. Now, Contra III is available on the Wii Virtual Console for 800 Wii points ($8). Like most shooters of this era, Contra III is a relatively short game that could theoretically be beaten in just a couple of hours. But unless you've got some kind of ridiculous skills, odds are it'll take you quite a bit longer to best this game's stalwart challenge. And it's worth the effort too.

Contra III picks up right about where just about every Contra game picks up: The evil alien forces of the vile Red Falcon have invaded Earth. As either Bill in solo play or with Lance in two-player, you take on several stages' worth of nasty aliens firing guns, other aliens, and all sorts of other unpleasantness coming at you until you've defeated the aforementioned vile Red Falcon. Of course, the trick here is that all these stages are wicked hard and packed to the brim with enemies and crazy pitfalls that sometimes come out of nowhere.

To make matters even crazier, the old Konami 30-lives code that worked in so many of the company's games is of no use here. You can go into the options menu and set the number of lives for each player up to seven, but that's it. There is a glitch in the third level that lets you get a whole mess of extra lives, but it's kind of obscure. For that matter, getting to the third level can be a bit of a process if you're not already intimately familiar with the game. However, as infuriating as Contra III's challenge can be, it's completely worth the frustration because it's also quite a lot of fun. The classic stage and enemy designs are some of the best the series has ever featured. Also included were a couple of top-down stages that featured some unique controls, with turning mapped to the right and left triggers and aiming set to the D pad. These stages were a really neat addition to the formula.

Contra III for the Virtual Console seems to be a spot-on port of the SNES game, right down to the heavy bouts of slowdown that occur during particularly big explosions. When playing the game, you're going to want to use a Classic Controller. The control scheme when playing with a Cube controller is just awful because it maps shooting to the Y button and jumping to the B button. Not to mention that the D pad on the Cube controller isn't as responsive as it is on the Classic Controller. This will, of course, mean that you'll need two Classic Controllers to fully enjoy the two-player game. But if you have two on hand, it can be a blast. The graphics and audio look pretty ancient in this day and age, but there's definitely some aesthetic value to be found. The enemy designs are still awesome, and the music's generally quite catchy. It may not be original Contra-for-the-NES "catchy," but it's solid all the same.

Maybe $8 isn't the best price for a relatively brief shooter like Contra III, but its addictive and challenging gameplay makes it easier to justify paying such a price. For Contra fans, this one's basically a no-brainer, but if you never really got into the series back in the day and fancy yourself a shooter fan, this is as good a place as any to start. 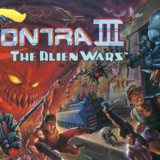 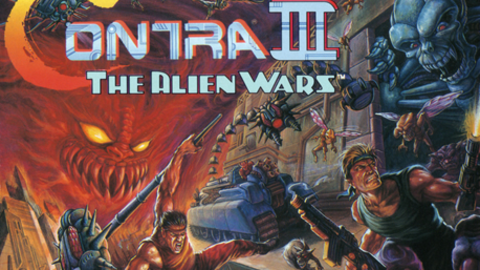 8.5
Sign In to rate Contra III: The Alien Wars