Tiberium Wars is Command & Conquer at its best, and an absolute blast for series fans and newcomers alike.

If you're a fan of the Command & Conquer series, three small words are bound to get you excited: Kane is back. Indeed, so are a good number of beloved series hallmarks, like a huge amount of full-motion video and intense strategic combat. But Tiberium Wars is a lot more than just lip service to franchise enthusiasts, and you don't need the rose-hued glasses of nostalgia to appreciate its polish and intensity. It's simply a superb game that's fun and exciting to play both online and off.

No matter which of the two main campaigns you start off with, you're rewarded with a whole lot of live-action video in between missions, featuring familiar actors getting hammy in near-future command centers. There's never been anything subtle about C&C's full-motion video, and, true to form, the campaigns are loaded with wonderfully overblown sequences filled with intrigue and suspense. Yes, Joe Kucan has returned as Nod figurehead Kane, and he's as irresistibly creepy as ever. He and other familiar actors serve up a heap of extravagant solemnity against a backdrop of flashing lights and important-looking video screens.

If you think it sounds over the top, you'd be right--but it's cheesy in the good way, and it won't take you long to get involved in the story and the characters that drive it. The narrative is structured well, with the Global Defense Initiative and Brotherhood of Nod campaigns telling the same story from opposing viewpoints. There's also a new player in the mix: the alien Scrin race. At this stage in the series, the mineral tiberium has propagated over most of the Earth, but it's more than just an environmental plight--it's a key to future technology. It'll take you a couple dozen hours to get through the campaigns, and just when you think you've finished, there are a few surprise missions in store, and they are well worth the time it takes to unlock them. There are also plenty of reasons to return to the campaign once you're done, since the game rewards you with medals based on your performance and tracks a good number of statistics for you to chew on.

The missions themselves are incredibly varied and involve a lot more than destroying an enemy base or defending a particular structure. You'll have to do these things, of course, but you have both primary and secondary objectives to complete, which include using engineers to capture certain buildings, amassing beam cannons to take out defenses, or teaming up with your sworn enemy to defend against alien attack. You'll be doing it all in a variety of real-world theaters, such as Washington, DC, downtown Sydney, and the eerily dry Amazon basin. The near-future take on familiar locales makes the intense battles feel even more thrilling, because the settings are recognizable and meaningful.

That's not to say the combat isn't gripping on its own. If you're usually content to turtle up in real-time strategy games, you're in for a surprise: Battles are intense and focused, and they give you little time to prepare. Like any RTS, you still need to build up resources, but it's a quick process of plopping down a bunch of tiberium refineries and power generators and finding the action, because if you don't, the action will quickly find you. Once you get past the first two acts of each campaign, you'll discover that Tiberium Wars' artificial intelligence is aggressive and resourceful, and it will take advantage of your strategic flaws. Don't expect to put your trust in one or two favored units, because even the most powerful units have noticeable weaknesses.

It's a rusher's paradise, but you shouldn't take it to mean that technological advancement and thoughtful strategy don't have their places. You won't need to deal with long, complex tech trees, and it makes Tiberium Wars feel somewhat limited in this aspect next to advancement-focused strategy games like Supreme Commander. However, you do have multiple powers and upgrades to earn by building various structures. The powers run the gamut from GDI's powerful ion strike to Nod's vapor bomb, and they fit each faction perfectly. As you use units they level up, making them more effective in battle, and in some cases you improve units by more unconventional means. For example, you can use a Nod warmech to destroy your own flame tank, and the mech will then spew fire in addition to its own native attack.

How differently each faction plays is impressive, especially with the new Scrin faction added to the mix. GDI units tend to be straightforward and powerful, and a huge force of mammoth tanks and juggernauts is a challenge to counter. Nod relies on sneakiness and smart use of unique abilities, and a small force of stealth tanks and viper bombers can cripple an enemy's economy. But playing as the Scrin is Tiberium Wars' greatest delight and challenge, since the alien faction is so different from the others. Your first encounters with the Scrin in the campaign are breathtaking, since even low-level units like buzzers look interesting and intimidating. In fact, the most threatening sight within the game is a fleet of Scrin assault carriers and their accompanying fighters. Yet while the Scrin have some potent units and other advantages, such as the ability to collect endless tiberium without building silos, they require a lot of micromanagement and intimate knowledge of each unit and structure.

Series fans will take to the new interface quickly, though others may need to make a few adjustments. In a departure from 2003's Command & Conquer: Generals, Tiberium Wars uses a throwback C&C interface with a few modern tweaks. The side bar has returned, along with the ability to queue up units and structures no matter where you are focused on the battlefield. At first you can build only a single structure at a time in the production tab, but that can be quickly upgraded. Unlike with most RTS games, including Generals, you never need worry about creating worker units, and once a structure is created, you can place it immediately at your base. Placing structures is often a pain, though, since the game is picky about where you can put them. Positioning something as simple as a turret or a power plant can take multiple tries, and it's never clear exactly why you can't put certain buildings in certain places, particularly when the terrain is smooth and the area is totally free of nearby obstructions.

C&C3 continues to shine in its excellent multiplayer mode, and it's obvious that Electronic Arts has devoted a lot of attention to it. There aren't a whole lot of options when you host an online game, aside from game speed and whether you want to scatter random crates on the battlefield. But no strategy game in recent memory has been more tailored to competitive play, thanks to fully featured leaderboards and clan support, as well as an original feature called BattleCast. You may broadcast your game in real time to anyone who downloads the free BattleCast client, and a commentator can provide real-time commentary while using the built-in telestrator. But if you're just in it to play, you'll find that skirmishing with others is even more fun than it is against the AI. There are close to two dozen maps for up to eight players, and the pitch-perfect placement of garrison-friendly buildings and central tiberium nodes will get you right into the action.

It helps that Command & Conquer 3: Tiberium Wars is terrific to look at, and the unit design is the most impressive part of its visuals. Scrin annihilator tripods lumber about with a commanding attitude, GDI orca bombers circle in believable formations, and Nod avatar warmechs advance with heft. Their stature and fantastical nature fit perfectly with the over-the-top nature of the action, as do the titanic nuclear explosions and lightning strikes. In the most extreme battles, your screen will fill with mighty blasts and streams of lasers, as if you were the main player in a sci-fi action film. Amazingly, the game's performance never suffers, with few noticeable drops in frame rate and brief loading times. Some of the maps and textures are somewhat bland, but you aren't bound to care for long.

Bad unit voice-overs are a common annoyance in strategy games, but they're all done well in Tiberium Wars. Again, EA pinpointed just the right amount of extravagance to lavish on the sound design, from mission voice-overs to the eclectic soundtrack, which is alternately tinged with orchestral fanfare and heavy metal grinding. While many of the sound effects are what you would expect from standard artillery and tanks, others, particularly those of the Scrin units, are ominous and appropriately alien.

Regardless of your history with Kane and his cohorts, Command & Conquer 3: Tiberium Wars is one of the finest real-time strategy games in years. It's also a triumphant return to form for the series, because it's more than just a graphical update--it's an exciting, well-tuned experience with enough that's old and enough that's new to thrill old-timers and newcomers alike. Suffice it to say, you should play this game, and expect to be playing it for a long time to come. 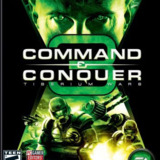 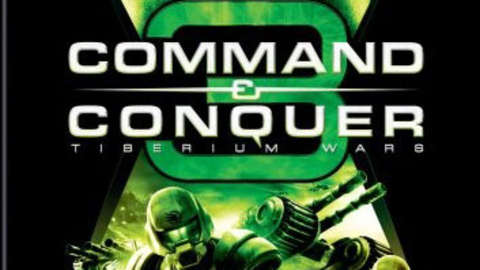 The third game in the original C&C series features a new race and new storyline.