Clive Barker's Jericho is an inconsistent first-person shooter, alternating between moments of pure, atmospheric greatness and irritating design paradoxes that suck the fun out of the gameplay. For every incredible set piece--a battle in a Roman gladiator arena, fearful attacks by ghostly children--there is a frustrating sequence that puts every shortcoming in the game proudly on display. There's a lot going on, and sometimes it comes together exquisitely. More often, Jericho's various elements get in the way of one another, creating a game you'll love one moment and hate the next.

Horror writer Clive Barker's touch is most evident in Jericho's overall sense of impending doom. The time-traveling narrative takes you to a number of eras--World War II, ancient Sumeria--and all of them are wrapped in a demonic haze of darkness and dread. The architecture is brooding and imposing, shadowed corners look like they could harbor something truly sinister, and soft ambient lighting brings it all together to make for a cohesive look. The sound design is equally sinister, with the quiet, pulsing soundtrack and the sound of dripping water making you wonder what you might be encountering ahead. That isn't to say that Jericho is a truly scary game. It's incredibly dark (you'll get good use of your flashlight), often intense, and always a little eerie, but you'll never jump out of your seat. It's a Gothic paradise, and as a study in pure atmosphere, it succeeds in spades.

The story itself never really takes advantage of all this thick, fearful ambience. The setup is pretty awesome on its own, though. In the beginning, God didn't create Adam and Eve--He created a sexless being known as the firstborn. Turns out that whole experiment didn't work out too well, and the thing got locked away in an alternate reality, where it occasionally gets too bored and tries to escape. The secretive Jericho squad exists to shove the firstborn back where it belongs. Too bad the script itself is just a thin slice of nonsense, featuring far too many hokey one-liners ("praise the Lord and pass the ammunition!") than good taste allows. And just when you are finally getting into it, the game ends with a lame boss fight without answering any of the main questions it raised. Leaving room for a sequel is one thing; creating a story that literally goes nowhere is something else entirely.

Your own character, Ross, can jump from one member of Jericho squad to another, which sets up the game's most intriguing--and successful--mechanic. At any point, you can take control of any of the remaining six members of the squad, and each of them handle quite differently from the others. First of all, they come equipped with different weaponry. More importantly, most of them have two special skills at their disposal, from Cole's ability to slow down time, to Delgado's knack for setting foes on fire, to Church's enemy-paralyzing cloud of blood. At first, it's tough to remember which squadmate possesses which weapons and which skills, but the game does a good job of introducing you to the powers one by one, and eventually it becomes second nature.

That isn't to say that every character is particularly useful. Church's rooting skill and Cole's time-slowing ability are possibly the most useful powers, since they give you time to act. Jones, on the other hand, only gets an astral projection skill, and it's rarely helpful outside of some of the game's puzzles. You'd think with six different unique characters to control that Jericho might be spreading itself too thin, but while that is true with other elements in Jericho, the different skills give you a lot of variety without making things feel schizophrenic. The characters you aren't in control of at any given time are governed by the game's semiadequate artificial intelligence, and you can give them rudimentary orders to stay behind, fall back, or move to a specified location. But this is where Jericho begins to stumble--big-time.

As the game progresses, you will at first be ready to deplore the teammate AI for dying so easily. You can revive downed teammates, but there are times when you spend more time reviving than you spend shooting guns and performing awesome powers. Yet on its own, the AI isn't half bad. Teammates run for cover when possible and use their special abilities on their own. But what good does it do to program the AI to take cover and flank when the level design features almost nothing but narrow corridors and confined rooms? The reason that your teammates look like they are bullet fodder is because they simply have nowhere to go. You'll watch as teammates go down over and over again, simply because they are all stuck in the same tiny space.

Then, add to the mix the game's most annoying (and annoyingly common) foes: demons that explode upon death. The things lumber along quickly and take down any nearby character when they fall. And, like most of Jericho's supersturdy enemies, they absorb a good number of bullets before they die. On its own, it's a perfectly legitimate enemy design. But in a game with six squad members and the most claustrophobic levels ever devised, it's the opposite of fun. You'll watch in horror as your entire squad goes down at once and you are powerless to stop the violence. Why would you create an enemy that needs to be taken down from a distance, in a game that doesn't let you distance yourself? Maybe it's meant to be a challenge, but in reality, it's just imbalanced and cheap. We suspect it's all done under the guise of being "tactical," but this is no tactical shooter. Enemies just mindlessly traipse toward you, so the extent of your tactics is switching between characters to use their abilities in tandem.

And that's the way of Jericho: design elements that are fine on their own, and a disaster when combined together. Slow strafing speed doesn't have to be bad. Slow strafing speed in a level when the exploding monsters continually respawn, and you are only playing as Delgado, is murder. Then you have the pretty animations and special effects. They look neat, but some effects, like the 10-second fiasco you have to experience when you revive someone as Rawlings from afar, get in the way. The action leaves you vulnerable for so long that it's better to just run up and use the standard revival skill, letting the AI handle Rawlings (though unsurprisingly, he is almost always the first character to bite the dust). There are a number of effects like this that take their good old time, which would be fine if you could get yourself out of the way to perform your powers and enjoy the corresponding visual display.

When the levels open up, you can see how great Jericho could have been if it had just been given room to breathe. A spectacular Crusades era boss battle and a series of battles in a Roman arena are perfect examples, and had the entire game followed suit, it could have approached greatness. There aren't enough of these moments in Jericho's eight hours of gameplay, but when they arrive, they hint at loads of unrealized potential. In fact, it is your ability to see the potential behind the missteps that will determine how much you like Jericho. This is, without a doubt, a love-it-or-hate-it kind of game: easy to love for the occasionally awesome and intense firefight, easy to hate for its wide array of frustrating design contradictions.

You'll get essentially the same experience regardless of which version you play. All of them look great and run smoothly. The textures in the PlayStation 3 version look a bit cleaner than those in the Xbox 360 version, though the lighting in the 360 and PC releases is a bit more foreboding. But they all feature relatively long loading times between levels, which will make you thankful for the story snippets you can read during them. And none of them feature any kind of multiplayer mode, so once you are done, unless you want to relive the experience at a higher level of difficulty, you are done for good.

Jericho is both a triumph and a disaster, and not a lot of games manage to be both of these at once. Frustrating, exciting, inconsistent, linear--these words and many more describe the various elements of Clive Barker's Jericho. If you've got a high tolerance for gameplay annoyances and like the feeling of imposing dread and claustrophobia this corridor crawl provides, by all means, give it a shot. If you like tight shooting mechanics and smart level design, you'll want to steer clear. 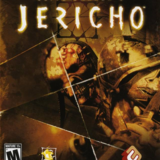 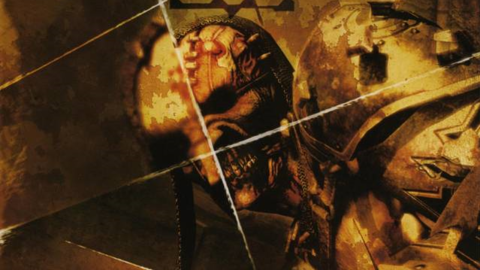 Horror writer Clive Barker is collaborating on this horror game set within a walled city in northern Africa that happens to be filled with the souls of slaughtered warriors.