Hopefully, Play the World's wretched online performance can be fixed in a patch.

When Civilization III was released, developer Firaxis hinted that it had special plans for multiplayer support. The assumption, which Firaxis didn't deny at first, was that it would be available as a patch. But time passed with no sign of a multiplayer patch, and the feature eventually became the cornerstone for Firaxis' Play the World expansion pack. The game has some single-player additions as well, but there's no denying that the most important addition to the game is multiplayer support. Unfortunately, the multiplayer is also an unmitigated disaster.

Play the World's multiplayer is almost unplayable. In online games, the amount of lag is intolerable. With ping times that would be reasonable for even the most graphics-intensive first-person shooters, Play the World still lags. Even in turn-based modes, where your computer shouldn't be sending or receiving much data during your turn, the game can suffer from excruciatingly slow performance. Simple tasks like opening a city or making a selection from a menu can cause delays in mouse movement of a few seconds. Don't even think about scrolling the map unless you've got some time to kill.

Then there are the crashes. It's not a matter of whether the game will crash, but when it will crash. When you try to play online games with more than just two players, the chances increase exponentially, which makes for some pretty short games. Try joining Civilization III's multiplayer lobby, and you'll find that it's full of irate players in a cramped chat window. You're not going to be playing the world with this game, unless you can get it set up on a LAN or by cramming all your friends into one room and taking turns on a single computer in hotseat mode.

LAN and hotseat work better than online games. However, the hotseat mode, which also works as a play-by-email option, is disappointing. There's no replay of the other players' turns. If an enemy unit scoots in and out of your viewing range, you'll never see it. If you lose a unit, it just vanishes and you have no indication it was ever there. If a city falls, you can't see who attacked it. If a unit is lost in a pitched battle, you don't know how damaged the enemy was as a result of the skirmish. There are no special provisions for diplomacy or negotiation, which are drawn out over several turns. File saving and management can be confusing for e-mail games. These problems aren't game breakers, but they indicate that the developer may have just tacked on hotseat and e-mail play without much thought for how well they would work.

The best way to enjoy Civilization III in multiplayer is on a LAN, where the lag isn't much of an issue and you can usually recover from the crashes. The classical turn-based mode is well implemented in that you can manage your empire even when it's not your turn. The game also has a simultaneous turn mode that makes games run much faster; it's almost mandatory if you have more than two players. However, Firaxis' attempt to make Civilization III run in real time isn't likely to find many fans. In "turnless" mode, the clock is constantly running. At certain intervals, unit movement is replenished, resources are gathered, and production, taxes, and research are processed. These intervals, which are pretty much invisible to the player, get longer as the game goes on. This presumably gives you more time to manage your growing empire. But the problem is that it assumes that each turn can be played in a set amount of time. The nature of Civilization is that some turns are over quickly and some turns take a long time to complete. You don't need a full turn if you're waiting on a spearman to be built. But when you're conducting diplomacy, negotiating trades, managing workers, or scouting for new city locations while your invisible turn's time is ticking away, time almost seems to be running away from you. The inherently turn-based structure of Civilization III just doesn't work well when it's running on a ruthless timer, and as it turns out, AI civilizations can't even handle the pace either.

As a single player add-on, Play the World just makes additions that are functional, but pretty minor. The expansion's new victory conditions are actually a decent addition to they game, since they allow for shorter games with more focused goals. The additional tribes are ultimately minor, although some of them pack a real punch. The Celts are a powerful early-game force and the Spanish can quickly project military power across difficult terrain with their conquistadors. New terrain modifications include outposts, which are ultimately too expensive to be useful. They come in handy during the early stages of the game, but this is when workers are far too precious to be traded in for the improved visibility afforded by an outpost. However, the new radar stations that can be built later in the game add a helpful defensive bonus. With judiciously placed fortresses, these allow for some nicely fortified borders. Air bases are an inexpensive way to project airpower and prove very useful for offensive operations.

Aside from the new tribes' unique units, there are two new units that are actually just an upgrade path for swordsmen. Swordsmen were a military dead end in Civilization III, where the twentieth century would roll around with packs of these obsolete units still running around. Now they can be upgraded to medieval infantry and then guerillas, which are particularly helpful if you're missing the strategic resources you might need for more powerful armies. The expansion also adds some new interface features which are helpful for sorting discontent cities, moving units in a stack, finding particular units for upgrading, setting rally points where your cities send new units, and automatic bombardment for artillery and aircraft.

One of the expansion's biggest problems is in the way it treats its included user-made content. Originally, Civilization III shipped with an empty scenario folder. But Play the World has a scenario folder brimming with maps, artwork, scenarios, and fan-made modifications. However, it's unorganized, almost completely undocumented, and sometimes even incomplete. For instance, the epic "Double Your Pleasure" conversion doesn't actually have graphics. Though it's good that the developer added all this user-made content to really help showcase the work of dedicated fans around the world, Play The World presents all this hard work as a messy heap that will probably scare off new players.

Hopefully, Play the World's wretched online performance can be fixed in a patch. If this happens, the Civilization franchise has the potential to be as excellent a multiplayer game as it is a single-player game. Until that time, Play the World is little more than a few pleasant tweaks and a big pile of downloadable content dumped on a CD. 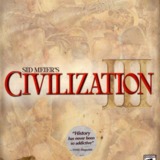 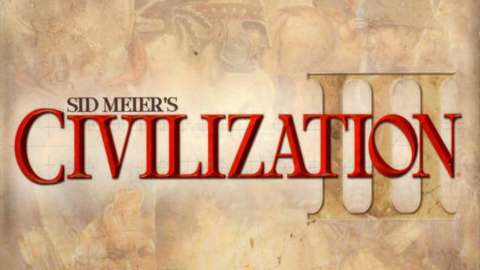 Civilization III is a triumphant proclamation that strategy gaming is alive and well and still able to keep you rooted in front of your computer for hours at a time.