Chronos is a game about combat mastery. Hostile encounters lead you through its world, separated only by puzzles and moments of discovery. Understanding your enemies and overcoming them is key to moving forward, while death acts as the teacher that keeps you after class to discuss what you did wrong. Some foes can prove highly difficult, but learning their patterns and how they react to your actions turns such encounters from stilted and daunting to rhythmic and exhilarating. Chronos could be accused of mimicking a number of different games, but what it does with all it has makes for a highly enjoyable experience that stands on its own despite a few flaws.

A third-person action-adventure game, Chronos puts you in control of an 18 year old character, and every time you die and respawn, you age a year. With aging comes changes to your character. While you're young, there's a bigger emphasis on your strength, agility, and vitality stats, but that wanes as you grow older--your arcane stat becomes more significant, as your other three stats grow at a slower rate. Starting at age 20, you earn a trait every 10 years that grants you a significant stat boost in either strength, agility, arcane, or vitality. Getting older is just as scary as it is in real life, so staying alive feels paramount to staying strong and healthy; thankfully, it's not quite as dire as that since I never felt like I needed to restart because I had gotten too old--you don't lose any of the points you assign after leveling up.

Your options in combat consist of attacking, dodging, and blocking. Your weapon of choice should correspond to where you're putting your skill points; if you use a sword, you'll benefit from more agility, while an axe will become more powerful with a higher strength stat. It's unfortunate that there are more strength-oriented weapons earlier in the game, as I only got a chance to switch up my sword for a worthwhile weapon when I was deep into the second half of my playthrough.

Arcane is Chronos's form of magic, though it acts less like what you'd expect and more like a power attack. However, this isn't a bad thing, as executing arcane-infused attacks is incredibly satisfying. When you get the first arcane stone, it adds a little extra kick to your heavy attacks. Additionally, your attacks become infused with the arcane magic when you dodge at the right time, further enhancing the satisfying rhythm of combat.

Puzzle solutions range from finding and combining the right items to spotting hidden points of interest in the environment. The former works every time, however, the puzzles that require a keen eye can be a pain; an early puzzle that required me to notice a relatively small detail had me stumped for quite a while. The solution consisted of looking intently at something I wasn't yet able to interact with, so I just brushed it off as something I would deal with later. Eventually, after going through every room and tinkering with every little thing a couple times, I discovered the solution and was able to progress--it was a frustrating bump in what was and would continue to be an engaging adventure.

The story revolves around three different worlds, defeating three bosses, and then slaying a dragon. There's more to it, and it even (sort of) explains why you age a year every time you die; however, it's all delivered through computer terminals, books, and other optional articles. It's not the most exciting or interesting narrative, and you won't feel lost or confused if you choose to ignore it--the sparse narrative acts more as a world-building device than anything else. Chronos allows itself to be all about the combat, puzzle-solving, and adventure.

Initially, Chronos didn't strike me as something that would make much sense in virtual reality. However, as I played, my mind was quickly changed. Chronos made things you wouldn't even think about in a non-VR game stand out in effective ways. Gigantic enemies feel huge and made my palms sweat more than I'd like to admit, and there's a type of enemy that only moves when you don't look at it--not your character, you. These seemingly small touches make a big impact when playing in VR.

Chronos made things you wouldn't even think about in a non-VR game stand out in effective ways.

Chronos is played at a fixed camera angle that shifts as you explore the world, similar to classic Resident Evil games. In one room you'll be positioned on top of a table, while in the next you could be looking down on your character from a ceiling corner. This method allows for great scene composition, adding to Chronos' already foreboding atmosphere in an awesome way. One particular moment sets a creepy mood as you--the viewer--are put behind the bars of a prison cell, watching your character move about on the other side. This approach is a defining element of Chronos, and it's a boon the majority of the time, but it proves problematic on occasion when you have to judge the location of pitfalls from an ill-fitting perspective. Enemies can also get in your way and obstruct your view, and while this is a rare occurrence, it plagues your encounter with the last boss, who's otherwise frustrating. It's a disappointing bookend to what is otherwise a game filled with fantastic enemies and rewarding combat.

Chronos' flaws are obvious, but thankfully few and far between. When you push your way through its more annoying aspects, it welcomes you with enticingly grim set pieces and tense encounters. It's a highly-rewarding game that proves you can leverage VR to enhance traditional games, but Chronos doesn't use it as a crutch; it stands tall all on its own.

View Comments (26)
Back To Top
8
Great
About GameSpot Reviews 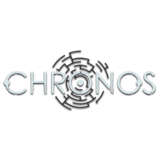 Mat doesn't know how much time he spent with Chronos because he loses track of time when he's in virtual reality. His character died enough times to see her 65th birthday, and he blames the last 15 deaths on that damned dragon.