While far from perfect, it is easily the best surfing game on the market, but more importantly, it's also a fun game.

The surfing game has proven to be a difficult undertaking for developers. The handful of recent surfing games have all been average at best, and none have been able to capture the essence of the sport and manage to make a fun, playable game out of it. Enter Championship Surfer. While far from perfect, it is easily the best surfing game on the market, but more importantly, it's also a fun game.

Championship Surfer provides a comparatively deep gameplay system, complete with aerial, lip, and wave-face tricks. Krome Studios was obviously taking notes on what didn't work in previous surfing games, as the mechanics for the paddling are ultrasimplified, allowing you to jump right into the actual surfing. While the game's catalog of tricks may not be as extensive as the selection in titles like Tony Hawk's Pro Skater, it by far exceeds that of any other surfing game and sets the standard for future surfing titles. This deep trick system, however, comes at a price, as the game is incredibly difficult, and the steep learning curve may put some players off. The timing can be difficult to get the hang of, but the first time you successfully land a "grab-rail roundhouse cutback," it all becomes worth the trouble.

Unlike most other extreme sports, surfing is rather limited. It's simply the nature of the sport - there is a fair amount of leeway in its execution, but there are few variables. Even with this preexisting handicap, Championship Surfer still manages to squeeze a whopping six game modes out of the sport, more modes then all the other surfing games have between them. The championship mode puts you in a surfing competition, complete with the time limits, ladder eliminations, and panel-style scoring found in actual surf competitions. In the arcade mode, you must score a certain number of points by pulling off tricks before you can advance to the next level, all while avoiding obstacles like buoys, mines, and rubber duckies. The rumble mode is the most unique mode in Championship Surfer, as it puts two surfers on the same wave in what amounts to king of the hill surfing - points are awarded for knocking your opponent off his or her board and for using the various power-up items that are scattered about each level. Trick attack charges you with pulling off specific tricks in order to help hone your surfing skills, time attack is a simple time-based surfing session, and the free surf mode allows you to goof around with unlimited bails and unlimited time. The bulk of the game lies in the championship, arcade, and rumble modes, each of which provides its own unique style of gameplay. These three modes also offer plenty of multiplayer fun, as there's support for an unprecedented eight players in the championship and arcade modes.

While Championship Surfer excels when it comes to gameplay, its visual and aural aspects prove to be a bit of a stumbling block. The dynamic camera can be slightly erratic from time to time, making it easy to lose your orientation. In modes that contain anything other than the surfer and the water, such as rumble and arcade, there are random occurrences of slowdown. The game's textures are relatively low-res and repetitive, thought to its credit, the waves still look incredibly natural, even with said texture flaws. The game's soundtrack is a strange fusion of surf rock and techno, and while it's an interesting idea, the execution is flawed, and ultimately it doesn't work. The sound effects are pretty much limited to the hiss of the ocean and the announcer's commentary. When in championship mode, the announcer feels compelled to shout out assorted exclamations - with gems like "Hot!" and "Smack daddy!" being the highlights - every time you land a trick, which is instantaneously grating. Both the commentary and the music volume can be changed, though most will feel compelled to mute the sound all together.

Even with the laundry list of graphical and aural complaints, the relatively deep trick system, diverse gameplay modes, and eight-player multiplayer capacity still manage to make Championship Surfer an engaging game. It's a must-have for fans of the genre, and fans of other extreme sports titles would do well to check it out also. 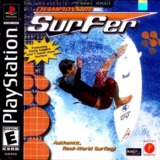 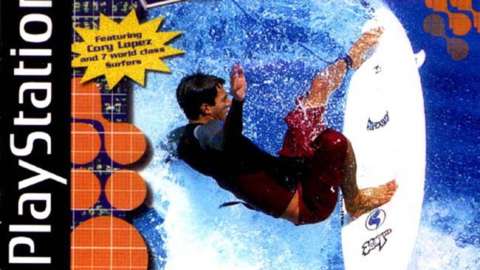 While far from perfect, it is easily the best surfing game on the market, but more importantly, it's also a fun game.