Cave Story gets a spiffy 3D makeover in this worthwhile adaptation.

Cave Story 3D is a side-scrolling adventure with verve and charm. It is also a remake of a PC game that has been available since 2004, when Cave Story's lone hobbyist developer, Daisuke "Pixel" Amaya, first gave it away on the Internet. The original was and is a sparkling indie gem, and its strength is both blessing and burden for this 3DS version; a tweaked, prettified adaptation of a great game is still a great game, but what is there to recommend it over the freeware original?

The action, akin to that of 2D Metroid games, is still zesty, retro fun. You play an amnesiac hero who wakes in a cave world inhabited by the Mimiga: bunny-like folk who live in fear of the doctor, who has been kidnapping them for use in some evil scheme. To save the Mimiga, discover your identity, and escape the cave world, you must navigate cavernous levels, hopping between platforms and blasting a goodly variety of enemy creatures.

The layouts of the caves, linked by teleporters and hub levels, are mostly unchanged from the smart, varied designs of the 2D PC game. There's more diversity than you might expect of a subterranean cave network, encompassing grasslands, desert ruins, and science facilities, each populated with diverse enemy types (hopping blobs, ghostly gravestones, cockroach men) and dotted with precious safe rooms.

Your arsenal is as excellent as ever, coupled with the likewise excellent three-tier weapon leveling system. The fireball starts out as a puny thing, but by level three shoots bouncy orbs of blue flame. At level three, the kickback from the basic machine gun lets you hover by firing downwards--a gratifying perk for negotiating lofty platforms and deadly pitfalls. You improve weapons by collecting the energy crystals that shower from defeated baddies, and upgrades come quickly, but they are lost even faster than that; when you are hit, you shed both health and weapon level points. The upshot is a nifty, dynamic set of weapons whose power surges when you're playing well and drains when you get reckless.

Cave Story stops pulling punches with boss battles early, escalating from warm-up confrontations with the endearingly inept Balrog, one of the doctor's minions, to hectic scraps with bigger and badder monsters. These stern but worthy challenges demand lightning-quick dodges and, for the toughest encounters, humbling quantities of retries.

The controls have translated nicely to the 3DS's circle pad and face buttons, reproducing the slightly slippy, steerable jump that worked so well in the PC original. When the precision platforming occasionally feels trickier, the fault is not that of the controls but of the screen size: narrow, single-block ledges that were a thumb's width on a PC display are tiny on the 3DS's petite upper screen. The touch screen, meanwhile, is dedicated to your inventory and a helpful map view.

The new visuals elaborate beautifully on the pixel-art environments of Cave Story, transforming its 8-bit levels with depth and detail. The characters have been similarly converted into solid little 3D avatars, though if you prefer the old look, there's the compromise of Classic mode, which drops familiarly retro sprites into the new 3D environments. The makeover is not completely without cost. The rich, moody new look doesn't have the same clarity as the flat cave levels in the PC game. And in a few specific spots, the darker colours and new depth can make it hard to tell what is platform and what is foreground or background set dressing.

There's a mysterious story, in sharp contrast to the cutesy cast, and it reveals itself one expositional scrap at a time. Nothing is laid out at the beginning, making you as initially clueless as the memory-free protagonist, with the plot's gravity and complexity building as you go. Here, especially, you sense Cave Story is the work of just one man, its idiosyncratic and surprisingly ruthless tale spun over five years from the vision of a single creator.

Besides the 3D makeover and new music (lightly remixed versions of the perky original tunes), not a great deal has been added to this version of Cave Story. There are a few extra areas to explore, though these aren't substantial additions, and an unlockable Time Attack mode for a certain portion of the game. Cave Story fans might crave extra material, but newcomers won't find there's too little to do; there are several hours of play in your first pass.

It's not possible to recommend this version of Cave Story over all others, but it is a worthy, good-looking adaptation of a wonderful game all the same. If the WiiWare and DSiWare versions passed you by, and you'd rather do your platforming with an analogue pad than a keyboard, Cave Story 3D is a great way to discover a game that well deserves your attention. 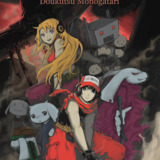