What one gets with Carmageddon is a game where every pro is met by an equally matched con.

Historically speaking, handheld ports of PC games don't turn out well. Due to the memory and processor limitations of the Game Boy Color, as well as its lack of 3D hardware, many shortcuts are required to bring a game over from the PC. In Carmageddon's case, this translates to a 2D top-down view, a limited selection of vehicles, and diminished track variety.

At first glance, 18 cars and 32 tracks may seem like a good handheld gaming experience. The conversion from 3D- to 2D-oriented gameplay is, for the most part, successful - with play control keeping up with the standards set by Codemasters' Micro Machines series. Quite rapidly though, the blatant repetition each level brings serves to derail what could have been an otherwise great game. With rare exception, your underlying goal in each of the game's 32 tracks is literally to drive in circles and plow over pedestrians. On the PC, this included a requisite amount of gore in addition to nicely detailed 3D courses. The Game Boy Color, however, is forced to present the gore within the confines of about ten pixels, and the lush courses of the PC version are nowhere to be seen, be it by design or homage.

Unlike in the PC counterpart, no single course in GBC Carmageddon feels drastically different from any other. Finish a race with enough kills or property damage, and the next level unlocks. Repeat this procedure often, until bored. Once in awhile, you can purchase a new car, but the effect of this ability wears off quickly for two reasons. First, every car acts pretty much as any other, regardless of physical size or detailing. Secondly, and most problematic, the game's save feature is password based - meaning serious you will need to have a notebook to track your progress in the game.

This same mixture of quality and disappointment continues in terms of graphics and sound as well. Sure, one has to accept that the GBC cannot top a $1,000 PC in terms of graphical quality. However, there has been a standard level set for this type of game's visuals, and Carmageddon only meets it halfway. Course graphics are sufficiently pleasing, with well-drawn boundaries and buildings, but cars and objects are unassuming and bland. One could describe the sound quality the same way. Sound effects are fitting but minimal, and the music is varied but far too repetitive.

What one gets with Carmageddon is a game where every pro is met by an equally matched con. Micro Machines and Star Wars: Episode One Racer are both examples of better games in the genre, and with the lack of a two-player feature, there is little reason to pick up Carmageddon. Other than the ability to run over pedestrians, there is nothing to set this game apart from the rest of what's available. 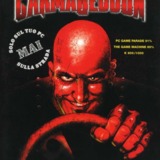 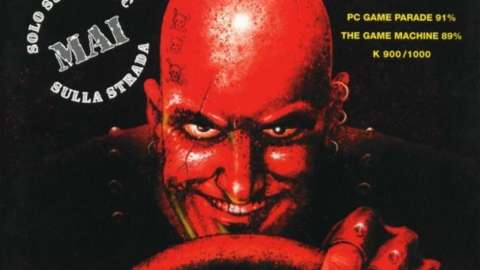