While it might leave Street Fighter fans scratching their heads, any package with Forgotten Worlds, Commando, Gun.Smoke, and Final Fight on it is easily worth the price of admission.

For the most part, arcade-perfect versions of some of Capcom's greatest arcade games are exactly what you get in this collection. Games from the pre-CPS era, like Commando, Gun.Smoke, Ghosts 'n Goblins, and Legendary Wings are present. CPS hardware games like Forgotten Worlds, Mercs, Ghouls 'n Ghosts, and the three Street Fighter II games are accounted for, as well. And let's not forget about Final Fight, the arcade game that's currently in a dead heat with Thai horse-fighting as the universe's greatest and purest form of entertainment. There are 22 games in all, and it's a well-rounded, well-emulated package.

For the most part, these games all control just fine, though some compromises have been made in Forgotten Worlds' case. The game had a joystick that you could twist in order to rotate your firing direction. Here, the rotation has been replaced by two buttons, one for each direction. It works fine, but it would have been nice if the rotation speed was compatible with the Xbox's analog triggers. You can map functions to any button in any of the games, but mapping rotation to the triggers doesn't give you any finer control over your rotation speed. You can, however, get finer control by using the right analog stick. But this lets you whip around from one direction to another without having to rotate, which sort of makes the game easier than it was originally intended to be. Neither solution is terribly accurate. Also, you can use the left analog stick for control in any of the games, but given their digital nature, the D pad is still your best bet.

For the most part, the games are pretty much perfect representations of the original arcade versions. For vertically oriented games like Commando, you can opt for an alternate display mode that shuffles the score information off to the side, giving you a larger view of the action. And some games have a "sound remix" option, which usually replaces the music with an arranged version of the soundtrack and cleans up the sound effects a bit by bringing them up to a higher, cleaner bit rate. It's nice to have the option, and ultimately, it comes down to your personal preferences.

The three Street Fighter games in the package have some additional options. You can disable the round timer, play in versus mode, play in a standard training mode, and even play two-player games in "Street Fighter deluxe" mode, which turns the three games into a miniature version of the Street Fighter Anniversary Collection game that was released last year. In deluxe, you can choose from the characters in all three versions, letting you pit World Warrior Ken against Hyper Fighting Ken, if that's your thing. While these options are nice additions, the core games aren't perfect. For starters, there's a brief load time before and after each fight, which is sort of ridiculous. And since it's loading in the background, you can't immediately skip through the versus screens. Some of the sound effects are incorrect, even without the sound remix turned on. The speed of Hyper Fighting doesn't feel quite right when compared to the actual arcade board. Music also cuts out as soon as a round ends, rather than continuing on and gradually fading out as your score is tabulated. While each of these things is pretty minor on its own, they combine to seem totally insane when taken in the context of a classic arcade compilation. The three Street Fighter II games made for the CPS system are some of the greatest games ever made, and this isn't exactly a fitting tribute to that legacy. It leaves you wondering why Capcom constantly feels the need to tinker with these games, when a straight-up emulation of the originals would work just fine.

That aside, this is still a sharp package. It's got nice-looking menus and some unlockable bonus items. While this might leave Street Fighter fans scratching their heads, any package with Forgotten Worlds, Commando, Gun.Smoke, and Final Fight in it is easily worth the price of admission. If you're a fan of these sorts of compilations, this one is, for the most part, well done. 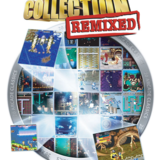 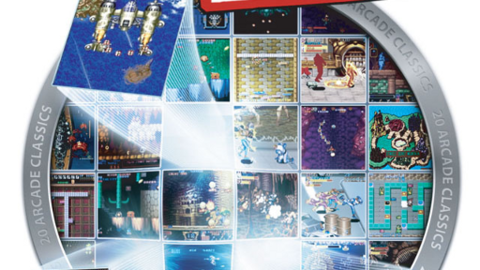 Capcom serves up a collection of classic games in Capcom Classics Collection. You can relive more than 20 classic titles including 1942, Final Fight, Ghosts 'n Goblins, and Commando.