Call of Juarez takes few risks with its setting or genre, but it does what it does well enough to be enjoyable.

We know about the genre known as the spaghetti western, but is there such a thing as a pierogi western? There is now, thanks to Polish developer Techland's Call of Juarez. An Old West-themed first-person shooter, Call of Juarez fits snugly into the solid little niche that games like Gun and Red Dead Revolver have already taken up residence in. The game is similarly hard-boiled and filled with gunslinging, horseback riding, train robbery, and all the other staples of the western genre that you might have already gotten your fill of. Still, for as few risks as Call of Juarez takes across the board, it's a well-made genre exercise that's more often entertaining than not.

The game puts you into the boots of two distinct characters. Billy Candle is a half-white, half-Mexican drifter of sorts who had been on the hunt for the legendary Lost Gold of Juarez, a treasure trove of gold buried somewhere within the titular town. Unable to find it, Billy decides to come home to the town of Hope to visit his mother and stepfather--only to find them murdered upon his arrival. The other character is Reverend Ray, Billy's step-uncle and the town preacher. Ray's a reformed gunslinger now dedicated to spreading the Lord's word, but when he hears of the ruckus going on at his brother's farm and arrives to see a panicked Billy running away from the bloody corpses of his brother and sister-in-law, Ray vows vengeance, and begins tracking his step-nephew until he can satisfy it.

The dynamic of having two playable characters would be more interesting if there weren't such a distinct separation of quality between them. The more entertaining of the two, both in story and gameplay, is easily Ray. Voiced by an actor who seems to be equally channeling Sam Elliott and the creepy priest from Poltergeist II, Ray's sequences are filled with enough amazing, self-righteous bible quoting immediately followed by heavy amounts of murdering that you almost wish they'd gotten Samuel L. Jackson for this role. Heck, Ray's even got what we'll affectionately refer to as a "bible button." One of the weapons he can hold is a bible, and if you press the fire button while he's holding it, he'll start reading random passages to any nearby enemies, who will then stop for a second to listen, at which point you can shoot them in their stupid faces. That's either genius or awful--or possibly both.

Apart from using the gospel as a weapon, you spend most of your time as him running around, shooting various hombres, rustlers, outlaws, and other unsavory individuals. His primary weapon is a pair of six-shooters, which he can actually use to bust into a slow-motion "concentration mode" when he draws them from their holsters. Doing this gives you a pair of targeting reticles you can guide toward any nearby enemies and then unload upon them. Ray also gets to engage in some straight-up gun duels against other gunslinging baddies. These are essentially the bulk of the game's boss fights, though they're very quick. In these fights, a counter ticks down, and when you get to the end, you quickly pull back and then press forward on the right control stick to draw. Once you do, your reticle pops up and the scene goes into slow motion again, though the reticle is a little off-kilter, as you did draw rather quickly. It's up to you to aim and shoot before the other guy offs you. You can't call these sequences brilliant, or even especially original (Red Dead Revolver had some similar mechanics), but they're fun all the same.

Less fun and generally more irritating are Billy's sequences. Billy can fire the occasional pistol, and even exclusively use both a bow and arrow and a whip, but nearly all of the scenarios he finds himself in revolve more around bad first-person platforming and overlong stealth sequences than any form of real action. The stealth stuff isn't bad, exactly. Billy can find shadowy or otherwise dark areas to hide in, as well as use bushes and boxes to hide behind, and that all works pretty much as advertised. The issue is that all the stealth bits take way, way too long. Waiting for your enemies to slowly wander through their patrols so you can move from shrub to shrub is about as fun as it sounds. In a few cases you can run and gun it if you want, but you're rarely ever properly armed for these types of situations, and as you are without uncle Ray's concentration ability, Billy just isn't quite as useful for gunfights. So instead, you're stuck spending 15 minutes just trying to navigate one camp full of bandits.

Less tolerable are the bouts of climbing and swinging. First-person platforming has never been a good idea, yet for some reason developers keep trotting it out in these sorts of games. It doesn't work here, either. Billy can climb up short ledges, use his whip to grab onto branches and other elongated protrusions, and then swing from one ledge to the next. The main problem here is perspective--when you're jumping around in the first-person, it's sometimes difficult to gauge the distance of jumps, so you end up trial-and-erroring it until you get just the right amount of distance. The whip-swinging thing seems neat at first, but it can be tough to get the right amount of swing momentum to hit certain ledges. Again, it's a trial-and-error process to figure out how much you need to climb up the whip to get the proper angle. And like the stealth bits, these scenes are just overly protracted. There's one obnoxious fetch quest in the middle of the game where you have to climb up a giant mountain for nearly a half-hour (counting time needed to die and start over), just to grab an eagle feather for some cranky old Indian, only to have to spend another several minutes jumping your way down. Creating a degree of separation between the two playable characters wasn't a bad idea, but this was perhaps not the ideal way to go about it.

Horseback riding pops up now and again for both characters, and it's an enjoyable distraction from the usual trudging around that you do. Controlling the horse is initially a bit of a pain, but once you get used to it, it's both a quick way to get places and a fun way to engage in combat. There are a couple of scenes where you'll find yourself blasting away at other bandits on horseback. Aiming while on a horse is tough, but that makes sense.

Once you've bested Call of Juarez's 8-to-10-hour campaign, there are some other options to mess with. There's a series of extra, non-story-related missions to take on, a bunch of gun duels to play around with, and multiplayer for both system link and Xbox Live. The multiplayer is pretty typical class-based FPS style action. You can play as either a rifleman, a gunslinger, a sniper, or a miner, and there is a variety of modes like deathmatch, team deathmatch, capture the flag, VIP, and so on. There's also a mode that lists off several "historical events," such as the shootout at the O.K. Corral, but these are basically just fancy names for something like a team deathmatch mode in a vaguely O.K. Corral-themed map.

The multiplayer isn't remarkable, but it can be fun. The four classes are reasonably well balanced, and there are enough different modes to keep the action interesting for a while. It helps that the game isn't kneecapped by bad weapons, as some historical FPSs tend to be in the multiplayer arena. All the weapons pack a nice punch, though each class is only assigned a pair of specific weapons, a primary and a secondary. There are no weapon pickups on the various maps. Though our time with the multiplayer was solid, we did run into some occasional connection issues, including a couple of crashes that forced us to reboot the game.

In terms of presentation, Call of Juarez is all over the map, especially as far as graphics go. Environments are definitely the high point. As you wander around the game, you'll see tons of attractive Old West scenery, from mountain vistas to desert plains. It's great-looking stuff that's made better by some nice lighting effects and solid texture work (save for a few occasional ugly spots). On the other side of the coin are the character models. The people you encounter all have that sort of Doom 3 overly shiny thing going on, and they even look a bit mutated to boot. Animations tend to be stiff, clipping issues pop up quite often, and any time you catch a glimpse of what your own character model is doing, either in a reflection or a shadow, or just by looking down, you'd think you were controlling an animatronic robot from some ghost town tourist trap. Still, the problems are mostly outweighed by the positives, and the game as a whole looks good.

Audio is less scattershot. Apart from some great sound effects and a soundtrack that nicely captures the atmosphere of the era, the game has mostly solid, if slightly hammy voice acting for nearly all the characters. Billy is the only one who didn't fare very well, as the actor who plays him sound like he's in as big a rush as possible to get out of the recording booth, but pretty much everyone else is on their game and delivers an entertaining performance.

As ham-fisted and generic as Call of Juarez can be at times, it does enough right to transcend its various issues and turn in a pleasing shooter. It does the Old West motif well, the gunslinging (and bible slinging) are a lot of fun, and the capable multiplayer modes have enough going for them to give the game a bit of staying power. It doesn't quite rise past the ceiling established by other recent western shooters, but it's good, solid fun all around. 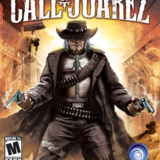 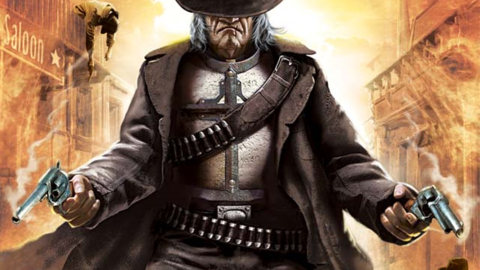 Call of Juarez is a first-person shooter with a western theme.