World at War brings proven Call of Duty mechanics back to WWII with great success.

Call of Duty: World at War is a lot like its predecessor, Call of Duty 4: Modern Warfare. In most respects, this is a good thing. The guns are tightly tuned, the tone is gritty and mature, and the action is exciting and fast-paced. It boasts the same addictive multiplayer system as Modern Warfare, and even expands the multiplayer possibilities by allowing four players to play through the campaign cooperatively. Like every game in the series before Modern Warfare, this Call of Duty takes place during World War II. World at War does an admirable job of spicing things up, but between the well-worn source material and déjà vu game mechanics, there is a pervasive familiarity to the game. Still, though World at War lacks the freshness that made Modern Warfare such a hit, it nevertheless provides a hearty, filling meal--one that shooter fans are sure to savor.

The most salient difference between World at War and Modern Warfare is the WWII setting. In the campaign, you split time between two soldiers in two offensive theaters: the Russian push out of their homeland and into the heart of Germany, and the American struggle to wrest Pacific islands from the Japanese. Though you'll alternate between them every few levels, the campaign feels like one solid progression, thanks to the adept pacing.

Each soldier's journey begins at a low point. Weaponless and surrounded by the enemy, you get a taste of the despair many soldiers are never rescued from. Though the emotional tone eventually rises toward triumph, you never quite forget the fate you nearly met. The first few levels are a hard scrabble as you and your fellow soldiers try to gain a foothold for your country, while later levels are suffused with a sense of hard-won momentum as you fight bigger battles and push closer to your enemies' capitals. Throughout each level you are accompanied by a superior officer who sets the emotional tone through well-acted dialogue. The vengeful, spitfire Russian pumps up your adrenaline to intoxicating levels, while the grim, determined American provides a sobering influence. This grim sobriety is further enforced by the actual WWII videos, photos, and statistics presented in stylish interchapter cutscenes. The message is, by nature, a conflicted one: Though you may feel like an action hero, you are actually participating in the most horrid of human endeavors. How you ultimately feel about this message will depend on your personal disposition, but suffice to say that the elevated emotional timbre makes for an exciting campaign.

Also exciting? Bayonets and flamethrowers, the two standout new weapons in World at War. You wield both in the American campaign, using them to enthusiastically dispatch enemies in trenches and fend off the aggressive banzai raiders. These raiders snipe from the treetops, or pop out of holes and charge you with merciless determination; this aggression makes the American campaign feel uniquely tense. The Russian campaign is slightly more predictable, but it remains vigorous throughout and ends in a spectacularly satisfying way. Explosions and gunfire will cause enemies to lose limbs and copious amounts of blood, making World at War a sight more violent than Modern Warfare. Still, in between the burning, stabbing, and gibbing, there is a lot of crouching behind cover and picking off enemies with your trusty rifle. This kind of action, and most of the other weapons, will feel familiar to anyone who has played a World War II shooter before. It's a well-tuned and exciting familiarity, but it doesn't make any notable leaps.

World at War does make a leap for the Call of Duty series by offering two-player split-screen and four-player online cooperative campaign play. It's the same campaign as the single-player experience, though the number of enemies increases for every player that joins you. You can turn competitive scoring on and see who can earn the most points by killing enemies or reviving teammates, and this adds a bit of fun to the campaign and lightens to mood (it's hard to feel grim when there are point values popping up all the time). There are also special items called death cards in each level, and collecting these will allow you to enable a cheat for cooperative play (for instance, enemies die by headshots only or headshots cause enemies to explode). These add a little more spice to the pot, but the only tangible incentives are challenges. Completing these tasks (such as kill 100 enemies with pistols or take first 20 times in competitive co-op) will earn you experience points that go toward your multiplayer rank (co-op is not similarly ranked). Cooperative play is fun in its own right, but linking it to the addictive multiplayer ranking system makes it relevant in a whole different way.

In case you missed it last year, the multiplayer system introduced in Call of Duty 4: Modern Warfare is fantastic, and World at War has updated it to fit its WWII setting. The hook is experience points, which you gain by winning matches or completing one of the aforementioned challenges. As you earn these points, you'll rank up and earn access to new weapons, new accessories (like sights and suppressors), and new perks. Perks are special abilities that grant you a wide variety of bonuses, but you can only choose four (one of which is vehicle-specific). This introduces an engaging element of customization: Will you choose to toughen up by increasing your health and bullet damage, or will you go the stealth route and increase your sprint speed while becoming invisible to enemy recon planes? Perks are well balanced, and you have multiple save slots, which enable you to easily switch between your various pretweaked loadouts. This allows you to take full advantage of this deep, engaging system that is just as great this year as it was last year, albeit slightly less novel.

There are, of course, new maps, and the bonuses you earn for kill streaks have been updated (notably, the attack helicopter you earned after seven kills in Modern Warfare is now a pack of nasty attack dogs). There are also a few maps that support tanks, powerful additions that mix things up without being too dominant. Most of the modes remain the same, though some have received slight tweaks and Capture the Flag has returned after a hiatus from Modern Warfare. The most striking new mode is actually a cooperative game called Nazi Zombies, playable when you beat the campaign (or play with someone who has). This absurd game puts up to four players in a house that is being assaulted by the undead. Killing the fiends and repairing the barricades earns you points that you then spend to replenish ammunition, buy new guns, and unlock new areas of the house. Each subsequent wave brings tougher, faster, more numerous enemies, and the game inevitably ends in grisly death. Though the random weapon box, assorted power-ups, and skills of your teammates add some variation, each play-through is similar to the last. Still, it makes for some intense, frantic fun and provides a welcome, if slightly bizarre, change of pace.

By staying largely true to the formula that made Call of Duty 4: Modern Warfare so successful, Call of Duty: World at War has ensured a proven level of technical quality, particularly in the multiplayer arena. On the other hand, one of Modern Warfare's strengths was its fresh approach, and by embracing a familiar setting and familiar mechanics, World at War achieves greatness but falls short of excellence. This is only a bad thing if you are expecting this game to top its benchmark predecessor. If, however, you are hoping for an exciting campaign, fun cooperative play, and engaging multiplayer action, then you'll find a lot to be happy about in World at War. 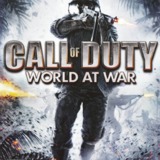 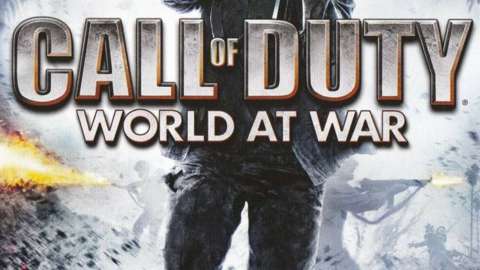 Call of Duty: World at War

Using the Call of Duty 4 engine, Treyarch brings the franchise back to World War II, including taking on Imperial Japanese forces in the Pacific.