It isn't an especially standout hack-and-slash action game, but Bujingai: The Forsaken City is still pretty good regardless.

Bujingai: The Forsaken City is a strange animal in the realm of hack-and-slash titles. Originally released a while back in Japan, Bujingai tells the story of Lau, an agile and androgynous martial arts hero whose visual design is actually based on famed Japanese glam rocker Gackt (a fact the game is more than proud to point out through multiple examples in the opening credits and its unlockable interviews featuring Gackt talking about his involvement in the game). Filled with flashy, colorful visuals and frenetic combat, Bujingai can be quite an enjoyable experience--provided you don't pay too much attention to the near nonexistent storyline and the linear-to-a-fault level design. It isn't an especially standout hack-and-slash action game, but Bujingai: The Forsaken City is still pretty good regardless.

As mentioned before, Bujingai puts you in the garish pants of Lau, martial arts master and demon hunter extraordinaire. The game itself takes place in something of a postapocalyptic future where, according to the back of the box, "the ancient technology that helped destroy much of humanity [we're assuming something of the nuclear variety] has inadvertently opened a gateway to hell, unleashing horrible monsters upon the population." We quote the back of the box because, honestly, this is the only time you'll be able to get any sort of bearing on what exactly is going on in the game. Bujingai's cutscenes and occasional moments of narrative transcend underdevelopment to the point of pure nonsensicalness. Lau himself never speaks, and the only real dialogue you'll encounter comes from the few other recurring characters, including Rei, a half-man, half-demon who is evidently a former friend of Lau's that has gone to the dark side; Naguri, the former teacher of Lau and Rei who only appears posthumously in flashbacks; and Yohfa, the apparent ex-girlfriend of Rei who occasionally shows up to help you. The connections between these characters, the overarching storyline, and any of the events the game puts in front of you are opaque and tenuous at best, and the fact that the narrative plays out about as coherently as a fever dream doesn't help matters. Fortunately, the story itself isn't especially important to your enjoyment of what Bujingai has to offer.

If you have ever had the opportunity to play last year's Otogi: Myth of Demons for the Xbox, Bujingai may seem pretty familiar to you. That's because Bujingai's style of action and combat is deeply rooted in the same sensibilities. As Lau, you'll wield a pair of swords, and by pressing one of the attack buttons, you'll begin what can ultimately become a very lengthy chain of slashes and strikes. Mechanically, you have a basic slash, a spin slash, and a jump/jump attack button to combine in any way you see fit to create your combos. A lot of the combo work is actually somewhat self-contained, in that just mashing the buttons together in any discernable pattern will almost always result in some heavy damage. However, there are better and more impressive moves available if you take the time to learn the specific combos.

Perhaps the coolest aspect of Bujingai's combat is the game's countering system. By timing your basic sword slash to counter an enemy's attack, the game will sometimes cut away to a posed, static shot of Lau countering the move, and then you'll be able to dish out some serious damage to a foe. Tougher enemies, such as some of the game's sub-bosses, are also adept at countering your attacks, so what this translates into is Bujingai's answer to the stylized and choreographed sword battles of modern kung fu cinema. Aside from some of the cool aerial moves associated with this mechanic, it actually adds quite a bit of depth to the fights with these characters, as you'll have to hammer your opponent until his defensive meter drops to nil before you can actually hurt him, and vice versa. Additionally, if an opponent's defense meter is too tough to eliminate with your standard attacks, you can often find alternate means and patterns to follow in order to finally nail him.

Lau can also perform a number of different magical spells. You'll start off the game with only one magical fireball attack, but as you progress you'll earn new spells, such as a flying, energy-driven sword slash, or a whirlwind attack. Your magic ability is chained to a meter that drains with each attack performed, though you can build that meter back up by collecting power-ups or even just by cutting up random enemies. The magic attacks vary in their effectiveness, but they can be upgraded to ascending levels thanks to the game's upgrade system.

As you play through Bujingai, you'll frequently find yourself collecting blue orbs that spill out of fallen enemies and assorted breakable crates. These blue orbs act as the game's form of currency, as you can trade them in before you start a new level to upgrade Lau and his attacks. His health meter, defense meter, magic meter, and some of his magical attacks can all be leveled up as you play, and you can earn bonuses depending on how you're graded at the end of each level. You can be graded on things like level-completion time, amount of damage taken, and the number of continues used. All of these translate into your final score at the end.

Trying to earn good grades and achieve high scores is really where the bulk of the challenge comes from in Bujingai. On the default difficulty setting, the core action itself is not terribly difficult. The standard enemies aren't too bright, and in most cases, you can rush in and slice them to death before they ever get a hit off. The bosses do present more of a challenge, though after a few tries it's usually not hard to grasp their basic patterns. Once you've beaten the game, you'll unlock the hard difficulty, which is far more formidable.

The only other real challenge the game presents to you is less of a fun challenge and is more of a frustrating one. Essentially, each of the game's levels contains at least one or two objectives that require a copious amount of jump-puzzling. While the basic jump mechanics for Lau are fairly straightforward (he can jump, and then glide if you press the jump button a second time), some of his other jumping mechanics aren't super responsive, such as wall running. There are also a few instances where you'll have to pull off some slightly weird combo jumps in order to get across a large crevice, and similarly, trying to control this properly is kind of a hassle. You will also run into periodic level objectives that are just irritating as all get out, such as one instance where you're running through a bamboo forest and you have to cut down a whole gaggle of the in-level bamboo trees to grab these little green orbs contained within them, just so you can get through the sealed door at the end. You need 100 of the orbs, but as you collect each one, the number starts to drop almost immediately afterward--meaning you have to keep collecting them until you (hopefully) have over 100 by the time you get to the door, or inevitably you'll have to go back and cut more down. There aren't a ton of these types of objectives, but there are enough of them to be a problem.

Bujingai's strongest asset is most definitely its visuals. Graphically, this isn't the most technically impressive game on the PS2, but it has more than enough flash and pizzazz to make up for that fact. Bujingai's character designs are the brainchild of Cowboy Bebop alum Toshihiro Kawamoto, and it definitely shows. Lau himself, while definitely modeled after Gackt, also has a fair amount of original, colorful design. From his bright, unique costume to the huge wafts and waves of color that emanate from his swords, watching Lau in action is a big part of the game's appeal. The designs for the enemies in the game are mostly top notch, especially the boss characters. The only real problem with them, however, is that during some of the computer-generated cutscenes that play before boss fights, the size scaling of the bosses is radically different between the scene and those in-game--so much so, that it's actually a little disconcerting. The one area that could have done with a little more visual attention is Bujingai's level designs. While some of the dank, moody cityscapes and foggy, desolate bamboo forests are aesthetically cool, there isn't a lot of detail here, and nearly every level is so utterly linear that the game's directional radar almost seems like unnecessary overkill. Bujingai is technically just fine, with no frame rate hitches to break up the action. The free-moving 3D camera can be kind of a pain, but the inclusion of an auto-target lock button and a camera-snap button keep it from getting out of hand.

The game's sound component is probably its weakest aspect, though it isn't horrible by any means. As we said before, Gackt, the effective star of the game, doesn't actually have any lines of dialogue to speak of. He sure does know how to grunt, through. The remaining voice acting is pretty standard American-translation-of-anime-styled-character dialogue stuff. The in-game music is a fairly typical blend of Japanese music with wailing guitars and techno drum beats. Most of the in-game sound effects aren't remarkable in any way, and a few of them seem like they may have been pulled off of a generic sound effects CD. It's unfortunate that the audio portion of the game doesn't really stand out in any way, but it certainly isn't that big of a detriment to the overall package.

For what it is, Bujingai is a perfectly fine piece of work that should please just about any fan of slick, stylized action games. It definitely isn't flawless, but there is substance underneath all of its flashy visuals. Although the game isn't especially long, it's worth playing through a second time on the hard level (though it's not to be played again for its weak list of unlockables, which just consist of a scant few pieces of concept art and a couple of lackluster interviews). If you were a big fan of games like Devil May Cry or Otogi, Bujingai is most certainly worth checking out. 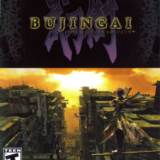 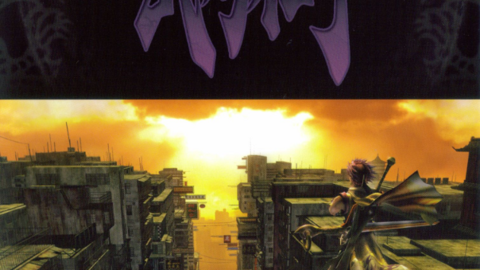 It isn't an especially standout hack-and-slash action game, but Bujingai: The Forsaken City is still pretty good regardless.