Explosive action and incentivized gunplay fail to heat up in Bodycount, a tepid and short-lived shooter.

When a game is released, it enters into competition for the time and money of its target audience. The latest entry into the first-person shooter fray is Bodycount, a game that tries to gain a foothold by putting you on semi-destructible battlefields where skillful kills are rewarded with powerful abilities. As you shred your way through the often-spacious environments, you can take careful aim and strive for a higher skillshot multiplier or just shoot up the joint and let the enemies fall where they may. Bodycount does a solid job of creating a nice-looking world with decent gunplay mechanics, but these elements fail to coalesce into exciting gameplay. Playing Bodycount isn't an unpleasant experience, but neither is it an engaging one. With a short campaign, bare-bones multiplayer, and uninspired cooperative play, Bodycount is a lightweight competitor in a heavyweight division.

The premise behind Bodycount has a slick corporate-mercenary vibe about it. You are an agent of The Network, sent into third-world hotspots to defuse conflicts by killing dudes and blowing things up. A disembodied female voice guides you through your missions and explains why you are doing what you are doing and whom you are doing it to. The expository loading screens look crisp, but the detached manner in which the story is told keeps you from getting involved. Any illusions you might have about being some kind of warrior for the greater good are dispelled when your handler tells you that you've done the world some good by triggering an explosion that kills tens of thousands of people. Bodycount doesn't devote much bandwidth to storytelling, and even the handful of cutscenes feel more like afterthoughts than integral parts of the experience.

Bodycount is about the act of shooting enemies, not the reason behind it. You begin the campaign in a battered coastal city where two factions are at war. Both are equally happy to shoot you, of course, so you must put your submachine gun and shotgun to good use. As you progress through the campaign, you gain access to more weapons, but you can carry only two at a time. You can choose your loadout to favor skillshots (accurate assault rifles), general mayhem (shotguns and SMGs), or even stealth (the silenced pistol). While all the guns are lovingly crafted from a visual standpoint, they are not created equal. Some are fun to shoot, like the high-powered handgun and the futuristic, cover-shredding SMG, but others, like the assault rifles, feel like the same standard weapons you've shot in dozens of other first-person shooters. There are only 10 guns in the game, and while they may not all be enjoyable to wield, they are all effective.

If you wield your weapon well, you can earn skillshots. Shoot an enemy in the head, in the back, through cover, or when you're close to death, for example, and you notch a skillshot and increase your combat chain. Scoring consecutive skillshots drives this multiplier up, and it can be gratifying to methodically pick your way through the battlefield, dispatching enemies in style. Bodycount is fairly generous when it comes to registering headshots, and though you can also earn skillshots with grenades, mines, or by shooting explosive barrels, keeping your multiplier up is an exercise in precision. To help you line up the perfect shot, Bodycount allows you to lean around corners or poke your head above cover when you are aiming down the sights. This mechanic works well, encouraging you to take your time and hit your mark. But being careful where and when you shoot can get tiresome, especially given that the AI in Bodycount is not very intelligent. Enemies are aggressive and happy to kill you if you get too bold, but they are also prone to leaving themselves exposed for several seconds, practically begging you to shoot them in the head. Things get tougher in later levels, but even when enemies get deadlier, they still bungle around the battlefield, making them feel like unworthy opponents.

Slaying your inadequate enemies skillfully helps you maintain a high multiplier, which in turn increases the amount of intel you gain from each vanquished foe. Intel manifests as glowing circular icons that burst forth from your enemies when you kill them, like candy from a pinata, and you can use intel to activate enhancements during battle. These powers can grant you increased durability, speed, or firepower and even let you call in an airstrike to devastate a swath of the battlefield. They can definitely come in handy in later levels, but for much of the game these powers feel like incidental bonuses rather than powerful, hard-won rewards. This lessens the incentive for pursuing skillshots and may lessen your patience for the slower, more measured gameplay style required to earn those skillshots.

Fortunately, rampaging through the level and annihilating foes with reckless abandon is a totally valid way to play. Many of the battlefields in Bodycount are quite spacious and let you navigate with a nice degree of freedom, flanking and evading your foes to deal more death and stay alive. Many of these environments also feature attractive design touches, as well as ample elements that can be shot to pieces. Shredding the wall between you and an enemy is satisfying, though heavy enemies also like to take advantage of this structural weakness. If you're looking for yet another way to play, some levels let you take the stealthy approach with the silenced pistol, which is a nice change of pace. Yet despite this modest variety, Bodycount's campaign never gets exciting. The rewards for skillshots aren't sweet enough, and the satisfaction of unbridled destruction isn't thrilling enough. The campaign isn't bad, but with few truly fun moments scattered across a scant six hours, it isn't very good either.

Nor, unfortunately, are the multiplayer modes. Competitive play is limited to Deathmatch and Team Deathmatch with up to 12 players on a paltry four maps. The sole interesting twist is that intel from fallen enemies remains on the battlefield until someone picks it up. This creates dynamic hotspots around the map, because enhancements are very powerful when you're competing against other humans. Other than that and some amusingly shreddable walls, Bodycount's competitive multiplayer is a simplistic, overly familiar experience. Likewise for the cooperative play, which is a two-player online-only fight to survive against increasingly difficult waves of enemies. Intel-fueled powers play a crucial role here as well, but with only four maps and the same lackluster enemy AI, this co-op is little more than a perfunctory add-on.

Bodycount checks some boxes on the how-to-make-a-successful-shooter list, but it fails to leverage its successes and create an engaging experience. Burdened by its flaws and light on content, it lingers in limbo, neither recommendable nor repugnant. Bodycount might make a decent bargain-bin purchase one day, but as a full-price entry in the first-person shooter genre, it is well out of its league. 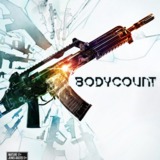 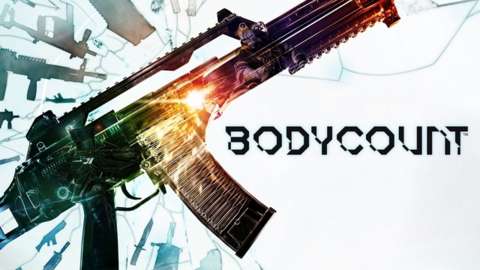 Blast your way through semi-destructible environments and kill your enemies skillfully to earn rewards in Bodycount.