On PS4 and PC, Bloodstained: Ritual of the Night is a lovely homage to classic Castlevania with a collection of smart quality-of-life improvements and impeccable craftsmanship. Koji Igarashi has been hailed as a visionary who helped define the “Metroidvania” genre, and his return to it is worth celebrating. Unfortunately, the Nintendo Switch version of Bloodstained suffers from significant technical problems, and it's difficult to recommend over other platforms.

Symphony of the Night may be the most famous of Igarashi’s works, but the series of micro-sized follow-ups he produced on the Game Boy Advance showed portability was a boon to its newfound RPG-like mechanics. Games like Harmony of Dissonance squeezed much of what was wonderful about those games into a form factor that allowed picking up and playing wherever you might go. Bloodstained appeared primed to offer this again for a modern age, with one contiguous experience between the console and portable forms. However, the Nintendo Switch version of Bloodstained struggles to deliver an experience on par with other platforms.

Switch ports often get visual downgrades compared to PlayStation 4 and Xbox One versions, but Bloodstained fares especially poorly in the transition to Switch. The backgrounds are muddy and the character models lack crisp edges and flourishes on their accessories. Textures like clothing often appear flat. The style of the game on more powerful platforms--which is often a visual treat with lots of subtle detail on the environments and enemy designs--doesn’t lend itself to being compromised in this way.

Performance issues are even more difficult to overlook. A combination of uneven frame rate and high input latency makes it feel sluggish and unresponsive. After experiencing the game as intended, it can feel like the hero, Miriam, is struggling to move through molasses, as if the air itself is thick. This diminishes the normally fast-paced action and makes dangerous enemies even more difficult than they should be. Bloodstained is finely-tuned to feel challenging without veering into frustration, and the unresponsiveness on Switch compromises this careful balance. Long load times only add to the annoyance, breaking the flow of action further.

Those compromises distract from what is otherwise an expertly modernized Metroidvania. Quality-of-life changes like loadouts slots and weapon-specific techniques make combat feel more versatile. Shards collected from monsters both supply a different kind of loot to collect and imbue you with a variety of powers that let you customize the game to your playstyle. Crafting weapons, enhancing shards, and cooking all give you multiple avenues to power up and suit your equipment to the challenges you face. It’s a very satisfying progression from the feeling of total helplessness that envelops you, regardless of platform.

Best of all, the castle design itself unfolds beautifully throughout the experience. The layout of the environments inspires curiosity and a sense of adventure as you slowly unlock more tools to access additional areas. The mystery of the castle itself and the puzzle that brings about the true end-game merges the game’s lore and mechanics wonderfully. And the monster design and dialogue show a playful sensibility that contrasts with the dark and dour tone of the story. [Read our PS4 and PC review for our full thoughts.]

All of Bloodstained's excellent qualities make the Nintendo Switch version even more disappointing. Though 505 Games has acknowledged its technical shortcomings and committed to issuing updates, at launch it is simply too compromised for its own good. If you have no choice but to play on Nintendo Switch, it may still be worth overlooking the weak spots and taking in the experience. If you have other options, though, play on a different platform. The portability of the Nintendo Switch could have made it the absolute best version for a retro-inspired game like Bloodstained. Instead, it’s the worst.

View Comments (57)
Back To Top
6
Fair
About GameSpot Reviews 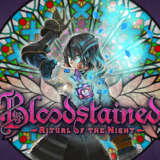 Bloodstained: Ritual of the Night
Follow
$28.80 on Walmart
Buy

Steve completed Bloodstained: Ritual of the Night on PS4 and played approximately three hours to test the Nintendo Switch version. He’s a miserable little pile of secrets. Review code was provided by the publisher. 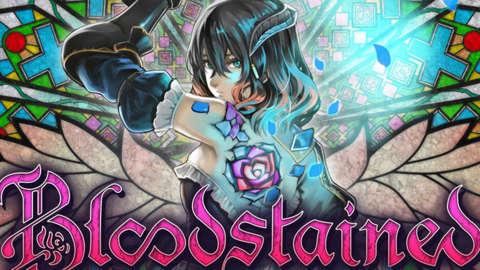 Bloodstained: Ritual of the Night

Bloodstained: Ritual of the Night is an exploration-focused, side-scrolling platformer featuring RPG and crafting elements from Koji Igarashi.

7.8
Sign In to rate Bloodstained: Ritual of the Night