Blood of the Werewolf Review

There's a rule of thumb in the wild: never separate a mother from her young, for the consequences could be dire. Blood of the Werewolf tells a story influenced by classic Hollywood monster flicks, depicting a mother's journey to recover her son--a journey paved with blood, despair, and a few nagging issues. This is a challenging 2D action platformer that shoots for the moon, and only barely makes it.

Blood of the Werewolf has murder on the brain. It's a game that offers few moments of tranquility, forcing you to hop, duck, climb, and dodge through 10 stages filled with whirling blades, blood-coated spikes, fireballs, deadly pitfalls, pools of bubbling lava or molten metal, and electrified water. These unsacred grounds are haunted by creatures of myth and nightmare, including merfolk, lava beasts, harpies, bats, necromancers, and more. These monsters either force you into combat or cause you to hesitate just long enough for the game to snatch away your life in one of its many nefarious traps.

If you haven't gathered by now, Blood of the Werewolf is hard. A miscalculated jump means a quick end to your adventure. The game exists in the same category populated by platformers like Super Meat Boy--a domain of scattered keys, broken controllers, and bitter tears. Luckily, the game is generous with its checkpoint system, and each revival replenishes your health and ability meters, regardless of their amount before death. If you nab a special ability but fail to make it to the next checkpoint, the game lets you keep it, so you don't need to navigate the same dangerous path that leads to it in the first place. Health items are also rewarded on occasion, in a move that you could interpret as the game offering you a shaky and short-lived truce.

Practice and patience are required to win against such classic villains as Dracula and the Mummy.

Blood of the Werewolf is themed after classic Hollywood films, complete with stages announced using a black-and-white movie-style marquee, and the lore brings history and weight to the game's narrative. It stars famous monsters banded together under Dr. Frankenstein as a coalition in order to achieve their dark desires. Selena and her family, the last of the known living werewolves, escape from Europe to America, where they hope to live in peace, away from the machinations of the doctor and his cohorts. Their efforts prove to be in vain.

Displeased at the family's flight, the monsters track them down, killing the husband, kidnapping the child, Nikolai, who they conclude is better off living with his immortal kin, and leaving Selena gravely wounded. Furious, Selena hunts down their betrayers, offering exposition during the breaks between stages. The monsters make up five of the game's boss battles. Practice and patience are required to win against such classic villains as Dracula and the Mummy. The bosses attack in patterns, and the key is to decipher the attacks, searching for a clear opening to launch a counterattack.

The game offers two interesting and completely different ways to play. Under the cover of roof and cave, the protagonist Selena uses well-timed platforming and a crossbow as her primary methods of self-preservation. But under the light of the silver moon, Selena transforms into a powerful werewolf, complete with different abilities. In beast form, Selena moves swiftly and is able to double jump and use her claws in a powerful melee attack. As a werewolf, prepare to do a lot of double jumping. Large gaps can be crossed only with the maneuver, and since you can perform the second jump any time after the first, the game often puts you in situations where one platform gives way, and the next can be far below and at a distance, accessible only by timing that air hop carefully. Special abilities gathered as a werewolf include a lunge move learned early, as well as increased melee damage, a healing spell, and an ability that sends out a wave of charged red energy. But Selena in human form isn't completely vulnerable. Her crossbow can be upgraded with special properties, such as firing split or burning arrows.

Collecting sigils scattered throughout levels goes toward your next health upgrade. Gold sigils count as one point towards an upgrade, while the rarer and harder-to-reach platinum sigils are good for 10. Most of the time, sigils are placed in positions where they can be picked up merely by running through them, or by jumping. But the game does like to tease. Some sigils are placed in precarious positions, goading you to take a leap of faith for the shiny prize. Other times, sigils are placed in a way that forces you to break your stride, and if you jump incorrectly, putting you only pixels behind where you should be, you risk giving the row of industrial smashers in chase a chance to catch up and grind you into lycanthrope chili.

Dodging traps would be easier if it weren't for the terribly clunky keyboard controls. To jump, you must press the up key. But to climb ladders, which are practically everywhere in the game, you have to hold shift and jump, which is as awkward as you can imagine. Trying to move up and down a ladder using this control scheme causes Selena to jerk in motion, sometimes even forcing her to leap off a ladder and into enemy fire, which otherwise would have been easy to avoid. But this isn't a silver bullet that buries the game.

The developer implores you to use a controller over the keyboard, and I wholeheartedly echo that sentiment. I went through half the game using the keyboard, and the change to a controller was like having a pitch-black night brighten from a full moon. Climbing ladders requires input only from the thumbstick, so dodging enemy fire is much easier. To drive this point home, in one stage I died a total of 37 times while using a keyboard. When I replayed that stage using a controller, I died only nine times. Granted, I was a little more skilled by that time, but this stage in particular was much easier to navigate with a gamepad, even against instant-kill traps. Playing Blood of the Werewolf with a keyboard is certainly possible, but I don't recommend it.

Clean pastel colors breathe life into the characters and the gorgeous environments.

With controller in hand, platforming in Blood of the Werewolf becomes its strong suit. Manipulating Selena takes little effort, though success still requires precise button presses and keen spatial awareness in order to dodge every deadly projectile and round-ending trap coming at you from all directions. Prepare to nervously wince your way through instant-kill spike walls, spinning saw blades, fireballs, and whatever else is flung at you from the game's horde of nasty monsters, ghosts, goblins, and the like.

The game is challenging, but that's where the attraction lies. With every death, that beautiful checkpoint light at the end of the tunnel grows ever broader. It's that faint promise of progress that invites you onward, convincing you that you will make it this time. Eventually, it's anger that drives you forward, seeking that satisfaction of seeing a spinning moon that signifies a checkpoint.

The platforming is a mostly pleasurable and effortless affair, but there are a few hiccups. On some occasions, always while in werewolf form, Selena slips off a small platform for no apparent reason. It's not due to any wind, which comes into play later in the game. Rather, she simply vibrates right off solid ground and into hungry blades below. This happened several times during my playthrough, but I wasn't able to re-create it. I concluded the anomaly to be purely random. Another issue that might not be as glaring to others as it was to me was the inconsistent hitbox surrounding Selena. Sometimes a flying axe or fireball somehow struck Selena, though it was clear that it missed. Barely missed, but still, the hit should not have occurred. Taking damage from a spike or projectile causes a knockback effect, sometimes knocking Selena into another projectile or damaging object, creating a chain of knockbacks and heavy damage. It wasn't an issue when I knew it was my error in judgment that caused Selena to get hit in the first place. But it frustrated me to watch Selena get knocked back and forth because of a projectile that had clearly missed.

Clean pastel colors breathe life into the characters and the gorgeous environments. Selena, as wolf or human, stands out cleanly against the backdrop of the blues, browns, and blacks of her nocturnal world. Audio is also vivid, featuring a catchy musical score and an energetic vocal cast, led by Erin Cummings as Selena, though I wish she'd stepped a few inches away from the mic during periods of impassioned monologue.

The game concludes on a disappointing note. After fighting past monsters and traps, and coming face-to-face with the game's big bad, Blood of the Werewolf emits more of a whimper than a howl. It's unfortunate, because after surviving hours of punishment, you would hope to be given the satisfaction of a triumphant finale. Nevertheless, Blood of the Werewolf is a fine platformer, offering plenty of hours of fun and occasional frustrated sobbing. Fans of classic Hollywood monster movies and platforming games rejoice: your game is here. 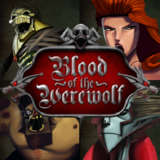 Cameron Woolsey is a fan of playing platformers and shouting colorful expletives. Blood of the Werewolf let him live the dream of doing both at once. For the purposes of this review, Cameron played about seven hours, taking occasional breaks to fix his keyboard and quietly sob to himself. 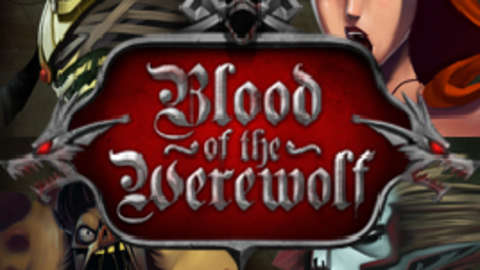 Blood of the Werewolf

Blood of the Werewolf is a 2D action platformer where you become Selena, a loving mother, devoted wife, and powerful werewolf, as you take revenge on the monsters that have slain your husband and stolen your child.